The Merits of Mocking

What are you doing when you mock something, and when is it worth the cost?

> The more your tests resemble the way your software is used, the more confidence they can give you. — me

One of the biggest challenges people face with testing is knowing what to test. There are lots of reasons for that, but one big, flashing-lights reason is mocking. Many people don’t know when to add a mock version of code or have their test run the actual code directly. These are challenges I’ll help you work through in the JavaScript Mocking Fundamentals module of my Testing JavaScript course.

Mocking lets you fake it ‘til you make it. If you couldn’t have a fake version of certain modules or services, testing the checkout process of an app would cost you a lot of money in credit card fees. Talk about paying a high price for confidence! 🤑 So instead, we make a fake version of that credit card charging service to avoid paying the fees.

But mocking comes with a cost of its own.

When you mock something, you’re making a trade-off. You’re trading confidence for something else. For me, that something else is usually practicality—meaning I wouldn’t be able to test this thing at all, or it may be pretty difficult/messy, without mocking. (Like in our credit card example.)

In my UI unit and integration tests, I have a rule. I never make actual network calls; instead, I’ll mock the server response by mocking the module responsible for making the network calls. I’ll also mock animation libraries to avoid waiting for animations before elements are removed from the page. Other than that, most of my UI tests are using the real production code. For E2E tests, I avoid mocking anything (with the exception of the backend hitting fake or test services and not actual credit card services, for example).

Saving a few milliseconds per test? That’s not a good reason to mock. People like shallow rendering—component mocking to the max—because it’s faster. That’s true, but we’re talking milliseconds faster. If it takes a long time to render your entire component tree, sounds to me like you have a real performance bug in your software that needs to be addressed. I realize that time adds up (50ms per test * 1000 tests = 50 seconds). But the less you mock, the fewer tests you need, and trading confidence for a minute or two faster test suite is a bad trade. 😵

There’s a time and a place for mocking. And when you need to mock, Jest makes it easy with some really sweet mocking utilities. In testingjavascript.com I’ll show you how to implement some of Jest’s mocking capabilities in raw node so you can get an idea of what’s going on. It’s brilliant. Here’s an example of simulating Jest’s inline mock functionality in pure node:

Now, any code that requires that utils module will get the mock function version of that module.

It’s not quite as capable as Jest’s inline mocking abilities, but we’ll cover that in more hands-on detail in the JavaScript Mocking Fundamentals module of the course!

See you in there.

> Here’s a tip to safe yourself some work and headache… > > Don’t solve a problem you don’t have yet, even if you think you may possibly have it in the future. > > Solve the problems you have today. Optimize for change, not for the unknowable future 🔮– Oct 9, 2018

> npx is definitely on the list of my favorite pieces of software that was developed in the last year. I love this thing. > > medium.com/@maybekatz/int… > > Thanks @maybekatz 👏 – Oct 9, 2018 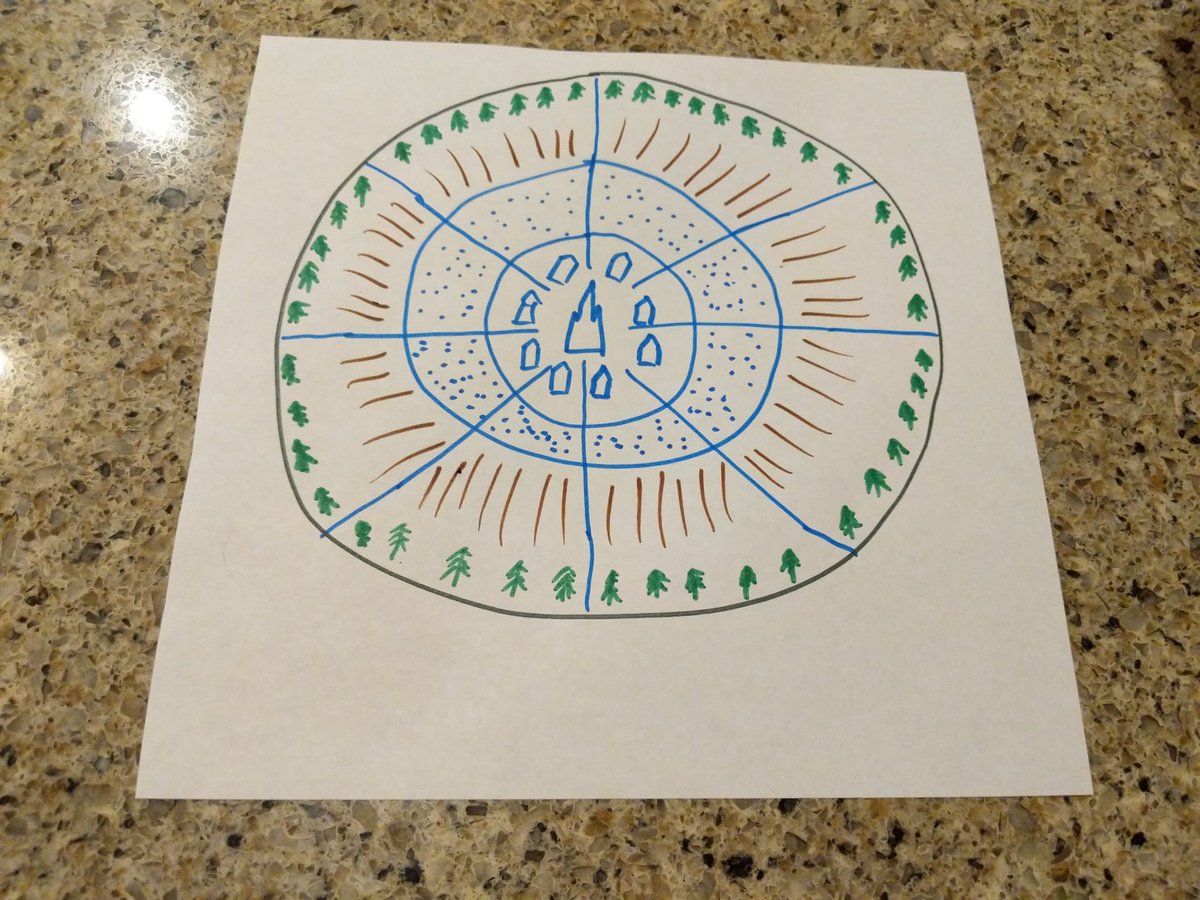 > Yesterday I had the pleasure of interviewing @KentBeck for testingjavascript.com and let me just tell you it was awesome. Also very fun to talk with someone who has the same name as I do! > > Thanks Kent! – Oct 12, 2018

This week’s blog post is “Why you’ve been bad about testing”. It’s the published version of my newsletter from 2 weeks ago. If you thought it was good, go ahead and give it some claps (👏x50) and a retweet: 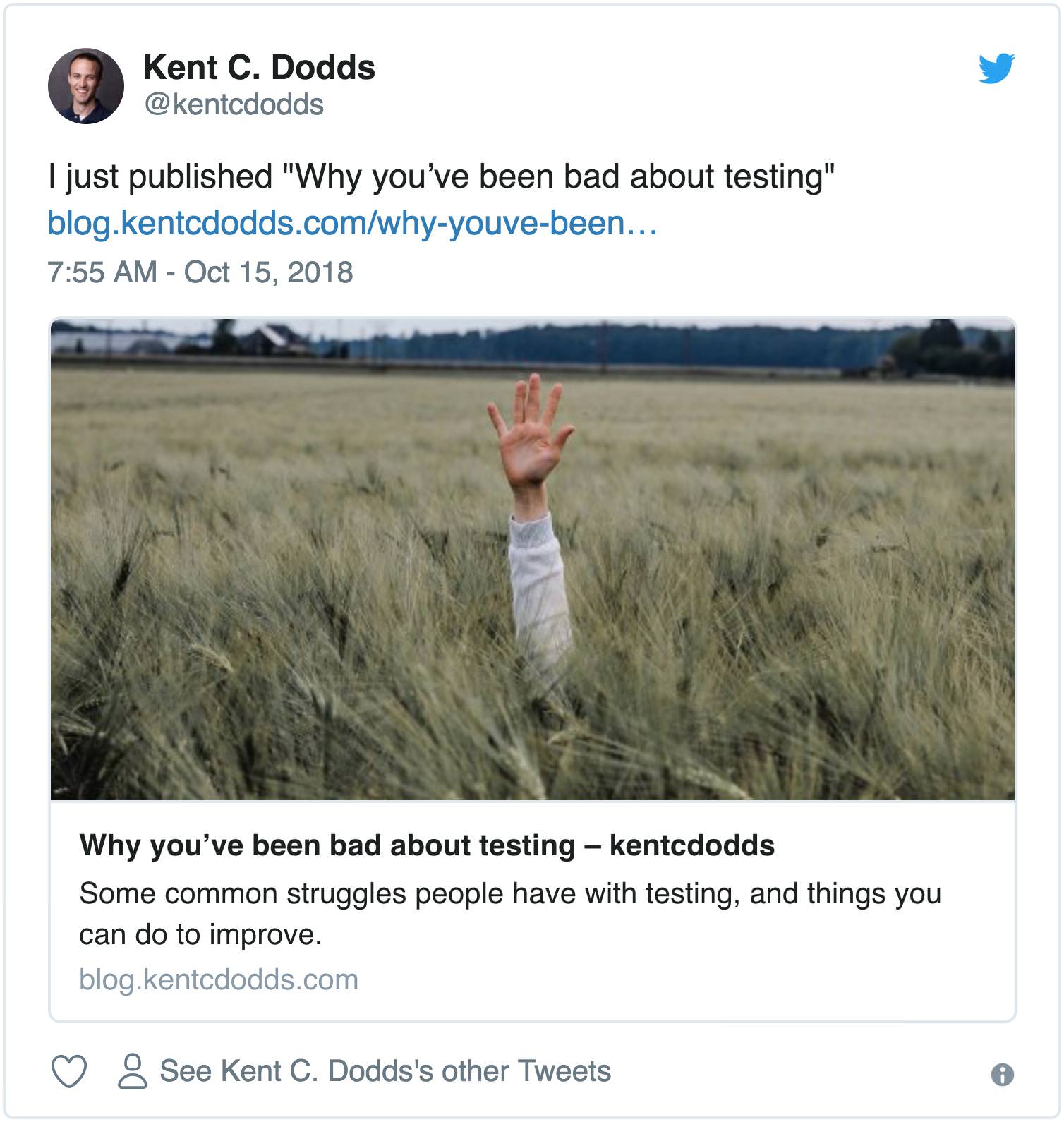 👋 Hi! I’m Kent C. Dodds. I work at PayPal as a full stack JavaScript engineer. I represent PayPal on the TC39. I’m actively involved in the open source community. I’m an instructor on egghead.io and Frontend Masters. I’m also a Google Developer Expert. I’m happily married and the father of four kids. I like my family, code, JavaScript, and React.

You just read issue #29 of Kent C. Dodds News. You can also browse the full archives of this newsletter.