Would it be irresponsible or refreshing of me to avoid mentioning COVID-19 in the first sentence of this email? I guess we’ll never know. I’ve already written about the anxiety I’ve experienced during this pandemic (you can read that here), but this email will hopefully be a small oasis in your day.

Onwards to a reprieve!

(In case you forgot: you likely signed up for this newsletter on my website, jstnbrbr.com. I send a new email every month thanks to the support of my Bonsai partners — you can read through the archives or unsubscribe at any time via link in the footer.)

A friend recently recommended that I watch “The Circle” on Netflix. I won’t ask you to subject yourself to the same torture (I barely made it through the first episode) but I also couldn’t let my suffering be in vain, so I invite you to read about the show instead.

If you haven’t watched it (and I genuinely hope you have not watched it) here’s the general plot:

Because contestants never meet in person, they must communicate using the show’s namesake: “The Circle.”

And what is “The Circle?”

Each contestant’s apartment is outfitted with TVs in every room that display a UI for the contestants to use for communication. But these are not your ordinary, run of the mill touchscreens. Oh, ho, ho, no they are not. In fact, they aren’t touchscreens at all! In what’s presented as a wild twist, these screens can only be controlled using 🥁 🥁 🥁 voice.

While the show never explicitly calls “The Circle” an AI, its implicitly described as a sort of voice-controlled operating system. Like if you had an iPhone but you had ask Siri to do literally everything for you — from opening apps to scrolling through feeds (oof).

Of course I know why the producers made this decision — people sitting on their couches silently tapping away their texts doesn’t translate to good TV — but have you ever listened to someone dictate their text messages? It’s like taking a cheese grater to your ear.

So because THE ONLY WAY THE CONTESTANTS CAN TALK TO EACH OTHER IS BY DICTATING THEIR MESSAGES COMMA MOST OF THE DIALOGUE ON THE SHOW SOUNDS EXACTLY LIKE THIS EXCLAMATION POINT CRYING EMOJI.

The show is supposedly about the perils of social media and digital communication (I think?), but I found the interaction between contestants and “The Circle” to be far more interesting than the person-to-person catfish drama.

The main challenge of interacting with a voice controlled system is that you have no idea what it’s capable of doing — the edges of the technology are invisible. The only way to discover the boundaries of its capabilities is through trial and error: you tell or ask it something and then wait for a response. Each exchange is a pass/fail test of confidence.

If you’ve ever used Siri or the Google Assistant more than once, then you know this is a super frustrating way to engage with technology.

So once contestants learned they could only interact with “The Circle” via voice, they began their tests as if they were taking their first steps onto a frozen pond. Their initial requests were made as timid questions, like

Though they braced themselves for disappointment, “The Circle” responded flawlessly to each request.

Brimming with confidence and delight after a few more successful tests, contestants threw all caution to the wind and blazed fearlessly ahead with requests like:

“Circle, choose the photo of me in the black shirt.”

If I type “black shirt” into my Google Photos — which is probably the most accurate general purpose image recognition system in the world — these are the results I get:

This is all a very long way of saying a very unremarkable thing that I suspect everyone already knows — at least in the back of their minds — which is that “The Circle” is not an advanced digital assistant but a gaggle of interns crowded into a room who are glued to live feeds of each apartment, listening with bated breath for the next voice command or message that they must furiously respond to or transcribe.

There’s a research technique that I learned about while I was at Google called the “Wizard of Oz”, where participants interact with a system they believe to be a computer but is actually being operated by a “wizard” behind the scenes.

This works well for a research session that might be a couple of hours long, but could you imagine being a “wizard” for 3 straight weeks of filming??These folks, not the producers or the contestants, are the true heroes of the show.

And I have so many questions for them!

Who are they? What other jobs have they held? Will they return for Season 2? Were they assigned one contestant each, or multiple? Were they fired for typos or slow responses? Did they work in shifts? Did they go through training for consistency? Were contestants ever weirded out by their accuracy? Did they ever make mistakes on purpose to throw everyone off the scent?

Will one of them break their NDA and give us the answers we crave? 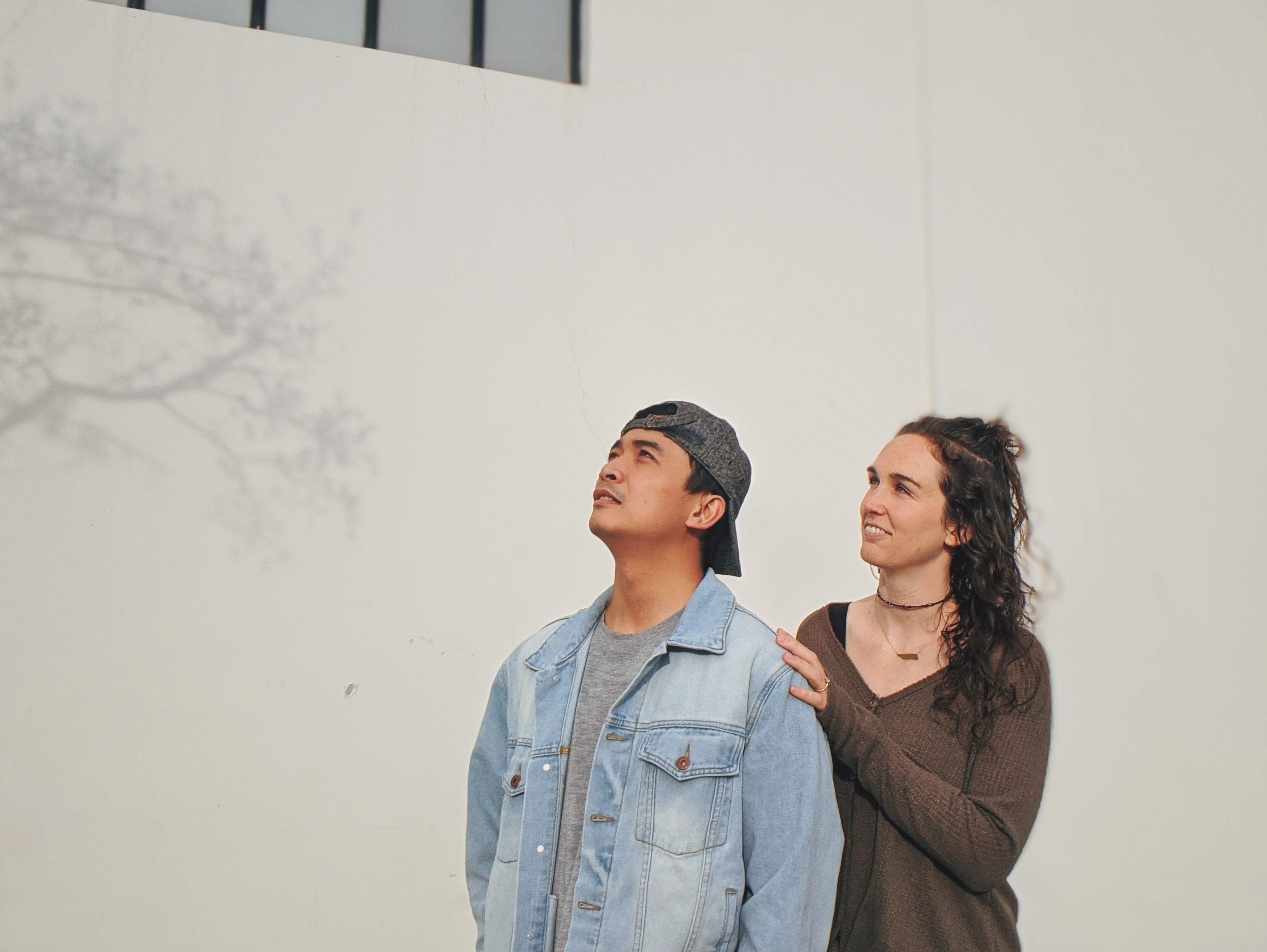 Nidhi and I published a new interview with the lovely (and very, very opposite) Jami and Joshue! Jami is from Tennessee and Joshue is from the Philippines and Maui. As Jami says in the interview:

“There are so many ways in which we’re on opposite ends of the spectrum: race, education, a background in sports versus arts…the fact that we trust each other enough to unify ourselves communicates a certain level of inclusivity, safety, and knowing in the space arounds us.”

Due to Coronavirus, Jami and Joshue had to cancel their wedding and honeymoon. Joshue is a talented photographer, and if you’d like to give them a little encouragement during this time you could purchase a print from Joshue’s photo store. 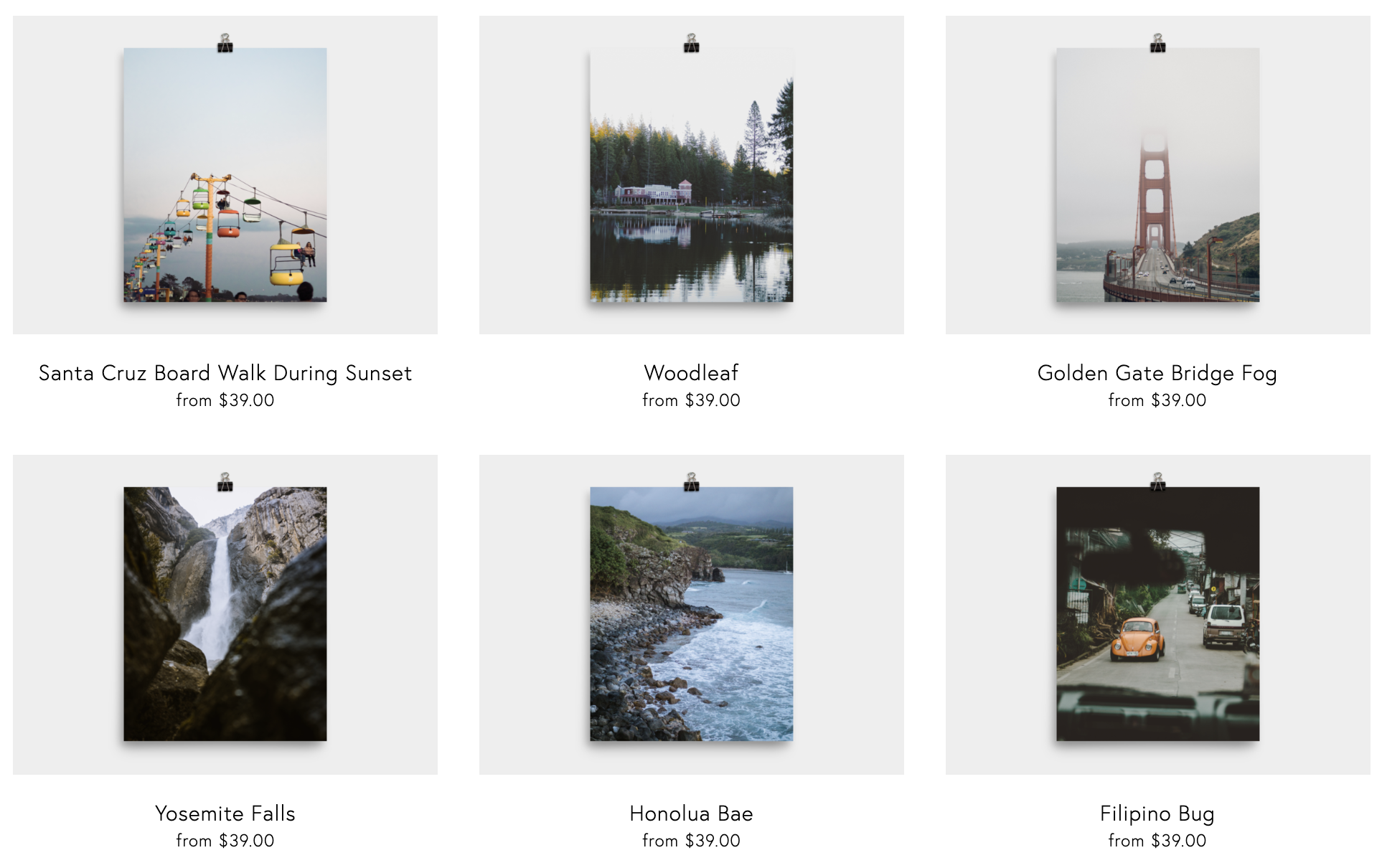 In my last email I invited 10 people to send me $1 in exchange for a 5 minute iPad drawing. With each drawing I also included a video of me narrating the process.

As I told the recipients when I delivered their drawings, watching the video is kind of like watching a fish flop around out of water – you’ll feel a mix of pity and wonder.

What did people have to say about it?

“the video was worth WAY more than $1 and provided some good quarantine fun.”

“well worth the investment.”

So let’s up the ante for one final iPad drawing experiment: for the first 5 people who Venmo me $2, I’ll spend 5 minutes on my iPad drawing a picture of whatever you request.

I spent a long time writing about a bad Netflix show, so I’ll redeem this email with a good Netflix show: Derry Girls

It’s an Irish sitcom about a close knit group of high school friends during the tail end of the Northern Ireland conflict in the late 1990’s. Watch for the laughs, stay for the cries.

Also, did you know that “Childish Gambino wooing girls with goofy charm and insane talent” is its own genre of music video? (Side note: that is also how I won Nidhi’s heart). One day I will have 3,000 words written about Donald Glover but until then:

Both of these music videos were directed by Hiro Murai, one of Donald Glover’s longtime trusted collaborators. I love seeing recurring themes emerge from artists when they work with the same creative partners over extended amounts of time. One smaller example of this is these two music videos from Francis and the Lights, both directed by Jake Schreier:

May I Have This Dance feat. Chance the Rapper (from 2017)

You just read issue #7 of Bonsai. You can also browse the full archives of this newsletter.