Hello from Oakland! I’m visiting Seattle for the first time tomorrow. Anything I absolutely need to see? 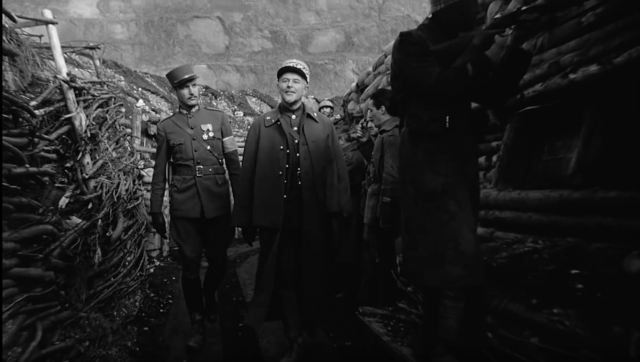 I watched Paths of Glory the other night. It’s a classic, easily among my top first watches of the year. But my experience was colored by my foreknowledge of this Criterion Channel interview with David Simon, where he discusses how strongly the film influenced The Wire.

Even though I hadn’t seen the movie or interview in advance, I couldn’t get David Simon out of my head while watching the film. In every palace scene, or really any scene with George Macready, I was mostly thinking about how baldly The Wire had ripped it off. From the callousness of upper management to the bleak portrayal of systemic injustice, it’s an extremely on-brand movie for him.

On the other hand, The Wire never really manages to ape Kubrick’s surreal depiction of the natural environment, like that legendary tracking shot of the battlefront or the image of the execution posts that make them appear just as alien as the obelisk from 2001.

My Ulysses drafts folder contains 10–15K words of unpublished blog posts and case studies. Some drafts are just outlines, lacking prose to give them shape. Others lack sufficient rigor, and it’s too easy for me to poke holes in my own arguments. Others just don’t flow very well, and I don’t yet find them pleasurable to read.

I’m hoping to refine and publish these drafts over the coming months, starting with a somewhat mundane topic that’s important to my work: Naming (and renaming) design tasks.

I think it’s important to think of your work’s internal framing and perception as an essential part of your practice, instead of a distraction from “real design.” It’s a skill that takes time and practice to develop. Your aptitude for it affects your success.

You can read it here. 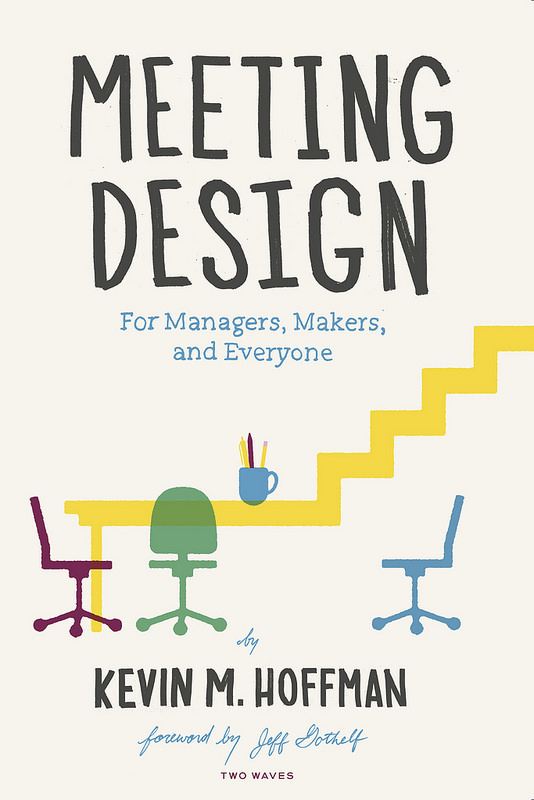 For many teams, a successfully scheduled and completed meeting carries with it the feeling of forward momentum, the air of progress, in and of itself. But, of course, this is illusory. Many meetings are only habits: rote traditions long divorced from their original impetus.

Hence the title Meeting Design. While common meeting practices are the product of unintentional design, Hoffman treats meetings like a legitimate design problem, something worth approaching with intention and rigor.

Hoffman sees every meeting as a locus of risk, an event that could easily spiral out of control if not handled properly. At a minimum, a meeting needs a goal and structure to even justify its existence. Organizers need to brainstorm potential failure states in advance, and think about how to address them. Perhaps most crucially, Hoffman sees meetings as one event in a continuum of work. Planning what happens before and after a meeting is just as important as the event itself, to ensure participant decisions aren’t ignored later on.

There’s a good bit of advice near the beginning that many companies seemingly overlook: if standing meetings have fulfilled their original purpose, it’s okay for them to end. This is such an obvious observation, yet so revelatory when I read it, that I wonder whether my reaction stems from my implicit biases working in the tech industry. I guess it makes sense that, in an environment where we’re constantly iterating on products that will never be done, where shutting things down is usually an admission of failure, it might be difficult for me to detect when something has naturally run its course.

I think I most appreciated how Hoffman lays out a formal taxonomy for facilitation skills and styles I’ve learned over the years but have never fully articulated. He draws from a diverse range of sources to do this, from psychology journals and facilitation guidebooks to Edgar Schein’s Humble Inquiry. I particularly enjoyed his view of meetings as a point of leverage for cultural change: you can understand the company by observing meetings and their effects, and you can affect the culture by designing your meetings with intention.

I’ve worked in places where I’ve spent 20 hours per week in absolutely useless meetings, and in others where face-to-face conversations were seen as best kept to a minimum. It’s easy to overuse meetings or ban them altogether if you’ve never participated in an effective one. To that end, I liked how Hoffman treats conversational meetings as just another collaboration tool. They’re good for solving a narrow set of problems, and unsuitable for many others. They aren’t inherently good or bad.

This is a book concerned with applying rigor and critical thought to practices that most people don’t care to examine closely. Sometimes, like in the case of an unnecessary exploration of multi-modal learning, that can work to the book’s disadvantage. The second half is similarly hit-or-miss: it’s devoted to different types of meeting agendas and structures, but many of the patterns described are only applicable to a small subset of organizations.

Hoffman also doesn’t quite address how to handle truly toxic meeting participants, people who derail and undermine conversations for political or emotional reasons. One could argue that this is outside the book’s scope, except for the fact that it tries and fails to provide a solution. One guest author’s sidebar contains an anecdote about “the elephant in the room”, an absent manager who may overrule the participants’ decisions after the meeting’s conclusion. Here’s how she tries to address the issue:

I took a chair, one with wheels on it, wrote the executive’s name on a Post-it Note and pushed the chair into the middle of the room. I asked, pointing at the chair, “How does this topic impact the process you are designing right now?” I was met with deafening silence. Discomfort? You bet. Did I push it even further? Not this time. I knew that just that act would bring the topic into the room and might allow them to approach it creatively.

As a facilitator, sometimes you can’t force people to overcome their discomfort right away. But you can plant a seed that will flourish long after the meeting is over.

This seems like a recipe for getting people depressed and dispirited about their boss, rather than catalyzing actual progress!

Despite all of that, much of the book is super insightful. If you’re interested, I’d recommend picking it up.

I’m hoping to write a new installment of Org Design Book Club every month or so. Here’s what I plan tor read next:

You just read issue #8 of One Attempt. You can also browse the full archives of this newsletter.