Hello from Oakland. I apologize for missing the last few weeks.

Last Friday, HuffPost published an investigative report alleging 15 years of attempted rape, sexual harassment, and generally inappropriate behavior from Clay Johnson, the guy who hired me at DOBT. It’s a long and upsetting piece, and I’m incredibly grateful to the women who came forward.

Clay co-founded DOBT, and was the company’s CEO when he hired me in September 2014. But I didn’t work with him for very long. In my second week on the job, he hired a new CEO to succeed him, and stepped back to spend more time with his family after the birth of his second son. We were a fully remote company, and except for a work retreat that took place at his house, I rarely saw him in person. By February or March, he was no longer an active employee.

I’ve thought about whether there were any instances in which I unwittingly enabled his behavior, or recruited women into his orbit, during those few months. But we didn’t hire anyone else during that time, and so I don’t think there’s anything I need to publicly apologize for.

Even so, DOBT was acquired last fall, and because Clay was a major shareholder, he received a sizable cash dividend. Because we were a very small team, vacillating between 4 and 7 people, there’s a direct relationship between my work for the company and our final valuation. I’m pretty sure the sum of what he received was a small percentage of his total net worth, but I’m still troubled by the idea that I helped enrich him financially.

Over the past year, I’ve noticed this emergent genre of mediocre apologias by male bystanders to harassment, with varying degrees of self-awareness and platitudes about gender equity that are never backed up by concrete actions. They’re beyond tiresome, and I will try not to inflict that upon you. Instead, I wanted to reflect upon how I might do better going forward, as someone who plans to work as an employee or contractor at startups for the foreseeable future. I’ve spent the past week struggling to come up with good answers.

Historically, when I’ve had ethical issues with my employer’s behavior, I’ve found it very difficult to successfully confront managers about it. The behavior of a C-level executive sets an example for the entire company, and I’ve essentially been told to leave if I can’t put up with it. Since leaving DOBT last December, I’ve tried to avoid repeating that situation by researching job openings I’m interested in. If their leaders or investors have been accused of sexual harassment or unethical behavior, I generally don’t pursue the opportunity.

This eliminates at least half of all interesting Bay Area job prospects, and thus adds a lot of time to my search. Which is fine! But I now realize that this is still insufficient because it fails to account for people like Clay who, as the HuffPost piece says, had reputations that “seemed to be an open secret” in their communities. Even if I weren’t screening companies, job-hunting takes a lot of time: keeping your portfolio updated, preparing for interviews, and generally making sure you’re giving off a good impression. My current schedule makes it easy for me to do due diligence around prospective employers, but I’m not sure how I’d find the time if I already had a full-time job.

Speaking of that “open secret”, my ex-colleagues and I were unaware it existed. It’s easy (and correct) to blame this on our lack of diverse professional networks, but speaking solely for myself, I don’t think that fully describes the problem. Rather, I lack any real professional network beyond my previous employers. That’s because I care about work / life balance, deeply appreciate the perspective that accompanies a healthy level of detachment from the tech industry, and feel socially anxious when reaching out to new people. All of these things averred me from reaching out to anyone who could have informed me of Clay’s past behavior. I need to figure out how to build and maintain meaningful professional relationships while, for the sake of my mental health, still maintaining some distance from the industry as a whole. That seems like a difficult line to walk.

Unless I decide to start a company, I’m also constrained by my status as a regular employee. Even if I had learned about Clay a few months into my tenure, I’m not sure I would have had the leverage to do things differently. I still needed money to live, I didn’t have enough money saved to resign on short notice, and my work experience up to that point was unattractive to many companies.

I keep reminding myself that the ability to turn down job openings for solely ethical reasons is a luxury afforded to me by my confidence in my job prospects. That feeling of confidence comes from years of experience, consistent validation from my peers, and a general sense that it’s unlikely I’ll go bankrupt. I certainly didn’t have that confidence even a few years ago. If the market crashes or if I suffer financial hardships, that feeling could disappear very quickly.

I’m still actively wrestling with all of this, but was able to come up with a few things I’d like to do going forward. I’ll list them here, using this space to hold myself accountable.

Of course, I have the privilege of working in an industry where lucrative salaries and short tenures are the norm, and so these pledges are relatively easy to fulfill. If, someday, I change careers and move into an industry where employees have less leverage, I might have to re-evaluate them. But, for now, this feels like a start.

In the meantime, if you have any thoughts, ideas, or questions, I’d love to hear them. Feel free to send a reply my way. 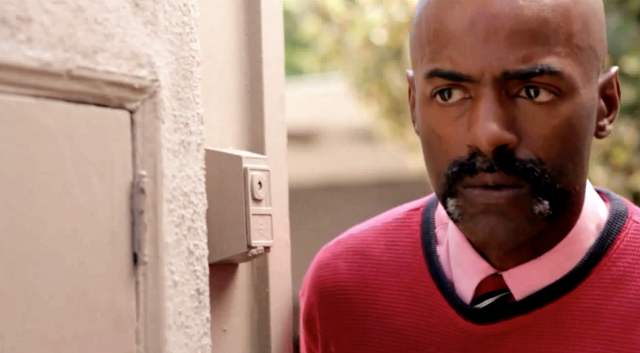 Culture recs:  Finally got around to experiencing the surrealist perfection of Meshes of the Afternoon. It reminded me of this classic episode of Gumbel, a web series that can hold its own with any decent prestige TV show on the air right now. You can watch the entire thing in about an hour.

I’ll be back this Thursday with, among other things, the inaugural installment of what I’m calling “Org Design Book Club”. If you’d like to follow along, I’ll be writing about Meeting Design by Kevin M. Hoffman.

You just read issue #7 of One Attempt. You can also browse the full archives of this newsletter.