Hello from Oakland, where I’m amazed I got this newsletter out on time.

I’m cheating slightly on the second resolution, by adding films directed by women of color to both lists. But this is really the first year I’m choosing to be disciplined in my viewing and writing habits. I spent  my twenties with a semi-serious interest in film, and now I plan to spend my thirties with a semi-serious commitment to its study.

I underestimated how fulfilling it is to wake up every day knowing you’re going to see a stone-cold masterpiece that night. Almost every film I see these days, whether or not I actually enjoy it, feels worthy of my time and consideration.

As for where I find the spare time and money: I mostly stopped watching TV, unsubscribed from every streaming service (save for Mubi), borrow Blu-rays from the library, and attend a lot of discounted rep screenings. This wasn’t a super hard decision, considering how many Netflix shows I’ve sat through that were just enticing enough to binge-watch but bad enough to feel remorseful doing so. It also aligns with common sense: it’s rare that an episode written and shot in six months will have more intellectual depth than a feature film derived from many years of effort.

These resolutions also serve as penance for a lifetime of watching mediocre stuff. On Letterboxd, I’ve logged every film I can remember finishing in my lifetime, and the resultant “Most Watched” lists are embarassing. My most-seen actors are filled with SNL or Apatow alums, and 80% of my most-watched producers have been accused of sexual harassment or racist comments. These lists don’t reflect my current viewing habits, but rather a personal history of treating film as a way to alleviate boredom instead of cultivating my taste and leaving my comfort zone.

There’s nothing inherently wrong with that, but at this point I’m bored of exclusively consuming art by white American men. It’s good to branch out.

A podcast for you: I really enjoyed this NBN interview with Jonathan W. White, author of a historical survey of Civil War dreams (!) called Midnight in America.

Here’s the direct link. Or, just subscribe to New Books Network’s American Studies feed and scroll down until you find it. (Lots of interesting stuff on there.)

Still grappling with this Estonian psychological drama from SFIFF that plays like “Imposter Syndrome: The Movie.” It doesn’t yet have U.S. distribution, and may never obtain it, given how many festivals it’s played. So I hope you’re okay with mild spoilers below.

It’s about this mother of two kids who has just written a book. It appears that she sidelined her family obligations to finish it: she writes until late at night, and makes her husband sleep on the couch so that she can have her own writing space. When she reads the book to her family, we discover that it’s a thinly veiled account of how disgusting she finds her husband and children. The husband, believing that the paper manuscript is the only copy of the work, burns it on their patio in front of the family.

Early on, it become clear that the mother is suffering from untreated mental health issues. But the film also uses her character to explore questions that many creative people ask themselves when they’re alone: “Am I producing something of value, or am I just delusional? Is the time and effort I’m expending on this worth the strain on my relationships?” She spends much of the runtime seeking external validation that her book is worth reading, that it rises above what some of her critics describe as “pornography.”

There’s this scene where the mother moves in with her biggest creative champion, the shopkeeper across the street, and he shows her the room he’s prepared for her stay. It’s windowless, illuminated by a single red neon floor lamp, with a giant cactus against the wall. It feels seedy and illicit, and when the door is slightly ajar, it looks like a portal to the underworld. It’s a moment where the audience better understands how the shopkeeper perceives her, and also gets a better sense of his own personality. (What kind of person would decorate a room like this for an extended stay?!)

Technically, the mother has all the power in this scene. She left of her own free will; she could walk away from the shopkeeper at any moment and return to her house. But because she’s completely devoted to her work, she’s beholden to its champions, and so it plays as this moment of vulnerability and embarrassing exposure. It reminded me of the limits of self-motivation, and how devastating external rejection can feel when you’re making something new. 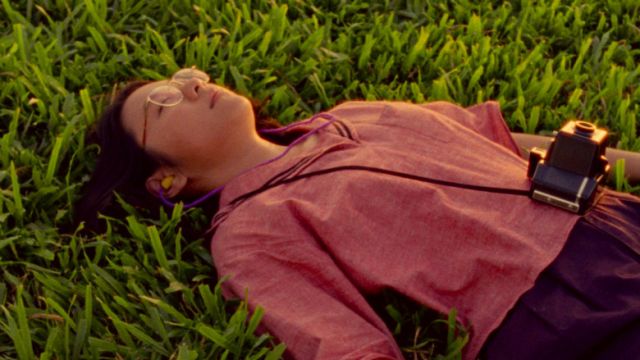 I’ll have some design/tech writing in the next issue. In the meantime, feel free to reply to this with comments or questions! It means a lot.

You just read issue #5 of One Attempt. You can also browse the full archives of this newsletter.