Hey there! It’s been a little over two years since the last issue. I’m going to try and write this on a regular basis.

Film: What Will People Say

When I saw this last weekend at the SF Independent Film Festival, I kept thinking it felt like Get Out for second-generation immigrants. To be clear, it’s nowhere near as good as Get Out: the characters are barely fleshed out, and the tone feels somewhat misanthropic. But, like Peele’s horror story, it takes an issue that’s especially resonant for an underrepresented group in cinema and elevates it to a surreal extreme.

Here’s the premise: Imagine your parents were so disappointed in you that they stranded you in their oppressive country of origin against your will. Yes, it’s as bonkers as it sounds. The lead character grows up in Norway, and her parents kidnap her and send her to Pakistan after they catch her fooling around with her white boyfriend. I’ve linked to the trailer above, but although the latter half is edited to seem heartwarming, don’t be fooled. The whole thing plays like a thriller, and the core concept is haunting enough that I’m still thinking about it days later.

The father’s character arc mirrored a dynamic I saw in my own parents when I was growing up. If you’re unwilling or incapable of collaborating with your child to envision a future you can both aspire to, you’re left with a torturous dilemma. On the one hand, I can understand the parental impulse to go to incredible lengths to give a “difficult” child the future you want for them. On the other hand, the parent presumably loves their kid. How much suffering can you inflict upon someone you love before accepting that they must forge their own path?

SFIFF Films I Enjoyed More Than What Will People Say

Click through to see if they’re playing in a theater near you.

These are my idiosyncratic habits for dealing with the hellscape of social media. It’s okay if you have different rules, but hopefully you’ll learn something from mine?

First, I found that frequent context-switching was a big source of exhaustion after reading my timeline for 30 minutes or so. So, instead of following people, use private lists sorted by topic (“Design”, “Film”, “Managers”, etc.) with 60 people max per list.

Instantly unfollow anyone who:

Strongly consider unfollowing anyone who:

Why do this? My goals for Twitter are: to feel calm during the day while I’m reading it, maintain control over my attention and dopamine levels, refine my taste instead of getting complacent, get exposed to new and intelligent viewpoints, and get recommendations for new things I should check out.

One big flaw I’ve noticed in the rules above: they’re arguably biased against groups that are marginalized or underrepresented in media organizations, who are thus forced to use attention-grabbing tactics (like those 50-tweet-long threads) and emotionally triggering language to get their message out. I try to include these folks in my media diet by visiting their profile page directly, like I’m an old person.

Three more films I saw and liked in 2018 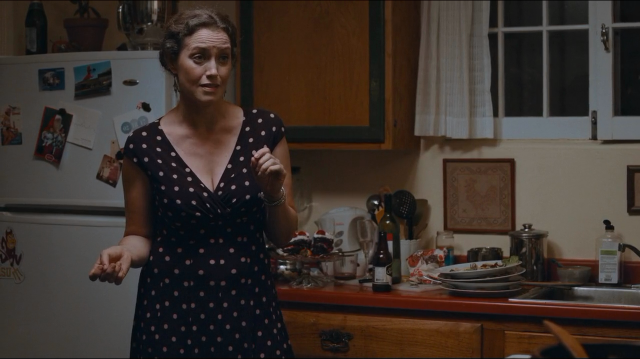 Here’s what to expect in future issues:

I hope you’ll stick around.

You just read issue #4 of One Attempt. You can also browse the full archives of this newsletter.