What makes a community?

What makes a community?

Recently I’ve been thinking a lot about community and culture.

I’ve participated in many communities over time, centered around a school or workplace, a shared living space, organized activities like Boy Scouts and sports, or intellectual activities like running a graduate seminar.

One thing I noticed in all this time is how ephemeral a community can be, and how much they rely on the persistence of one individual to keep it going. One example is when I ran a graduate seminar as a PhD student. Once a week someone would give a talk on a topic of their choice. If nobody wanted to, or I couldn’t find an invited speaker, I would be forced to present or the seminar would simply not happen.

Another example is that two other Googlers and I started a weekly Art Hour at the SF campus, where we buy art supplies, take over a big conference room for one hour every Friday, and make art. It grew to a regular attendance of 6-12 people, not without some cajoling. Somehow, most people who aren’t already painters would, when given the choice, default to working an extra hour (and likely not accomplish much). Coronavirus put a pause on Art Hour, but even before that, it seemed that without three of us three consistently leading the charge, it would die.

In my experience, the need for a persistent individual is crucial when the group is small or the community is new. I haven’t figured out where the tipping point is to self-sustainability. That is, when other members of the community graduate from a consuming role to an organizing role.

Beyond my idle introspection, the lack of stable, meaningful, rooted community feels like a deep root cause of societal problems these days. I have no concrete evidence for this, it’s just a feeling. From increasingly entrenched politics and racially motivated violence, to conspiracy mongering, overconsumption, and environmental degradation, I can’t help but wonder how much of it boils down to lonely people filling a void in which they yearn for acceptance in a community. Perhaps it’s that a vacuum of “good” communities has been filled by duplicitous or harmful communities. It’s made worse, of course, by the fact that so many of these harmful communities are built online, where conflict is exacerbated by virality (and the greed for attention) and untempered by the limitations and mitigations inherent in physical presence. Only so many voices can speak at once offline.

I’ve also felt myself yearning for more substantive intellectual community. Unfortunately, outside of a research university, an industrial research lab, or a teaching institution, there is little to no opportunity for intellectual community around mathematics. Twitter and blogs are the closest I’ve found, and those have begun to feel more hollow to me over time. More on that later.

Part of it may be the lack of place. All of the successful communities I have been a part of had a physical location as a touchstone, whether it’s a graduate student lounge or a football field. I read stories about the various communities of artists, writers, musicians, and thinkers, from Montmarte and Vienna, to Max’s Kansas City and Marfa, Texas, to Bell Labs and Xerox PARC.1 All of these are intimately tied to places. The commonality of being in a physical space with another person on a schedule builds natural relationships. The lack of that, I suppose, contributes to why some people struggle to find friends outside of work. Their office is the only place they force themselves to physically be around other people. I even recently joined (grew into? assembled?) a community of 11 new-parent couples, blessed over the last few months by 11 successful births. We meet weekly on Zoom because of covid, exacerbated by the bad smoke from recent fires, and we all long for a more immediate physical contact. I can sense the community strengthen when we get the opportunity to see each other in person. Likewise, it wanes the longer we go without physical contact.

I was moved by Jenny Odell’s book, How to Do Nothing, which is equal parts history, ecology, philosophy, and self-help. She describes the grounding quality of being in a physical space without an agenda. And how so much of modern cities have become the opposite of that, commercial spaces where your behavior is scripted by companies that are optimizing everything to get you to quickly buy something and leave.

Jenny’s book also taught me about a lovely historical tidbit, a public computer bulletin board terminal called Community Memory, installed in 1973 in Berkeley, CA at Leopold’s Records store. This system was inextricably tied to the space it was in. Only people physically present could add to the board or search for information in it. No data was imported from outside sources. And the topics on the board naturally reflected and reinforced the community it was in. People looked for music partners, wrote poetry, organized study groups. They were all grounded in the reality that the participants lived near by, and physically travelled there to contribute. If Community Memory existed today, it would be immune from the issues that so often corrupt online communities, like bots and spamming for clicks. Any benefit of corrupting the system would also be far too small to justify the effort. 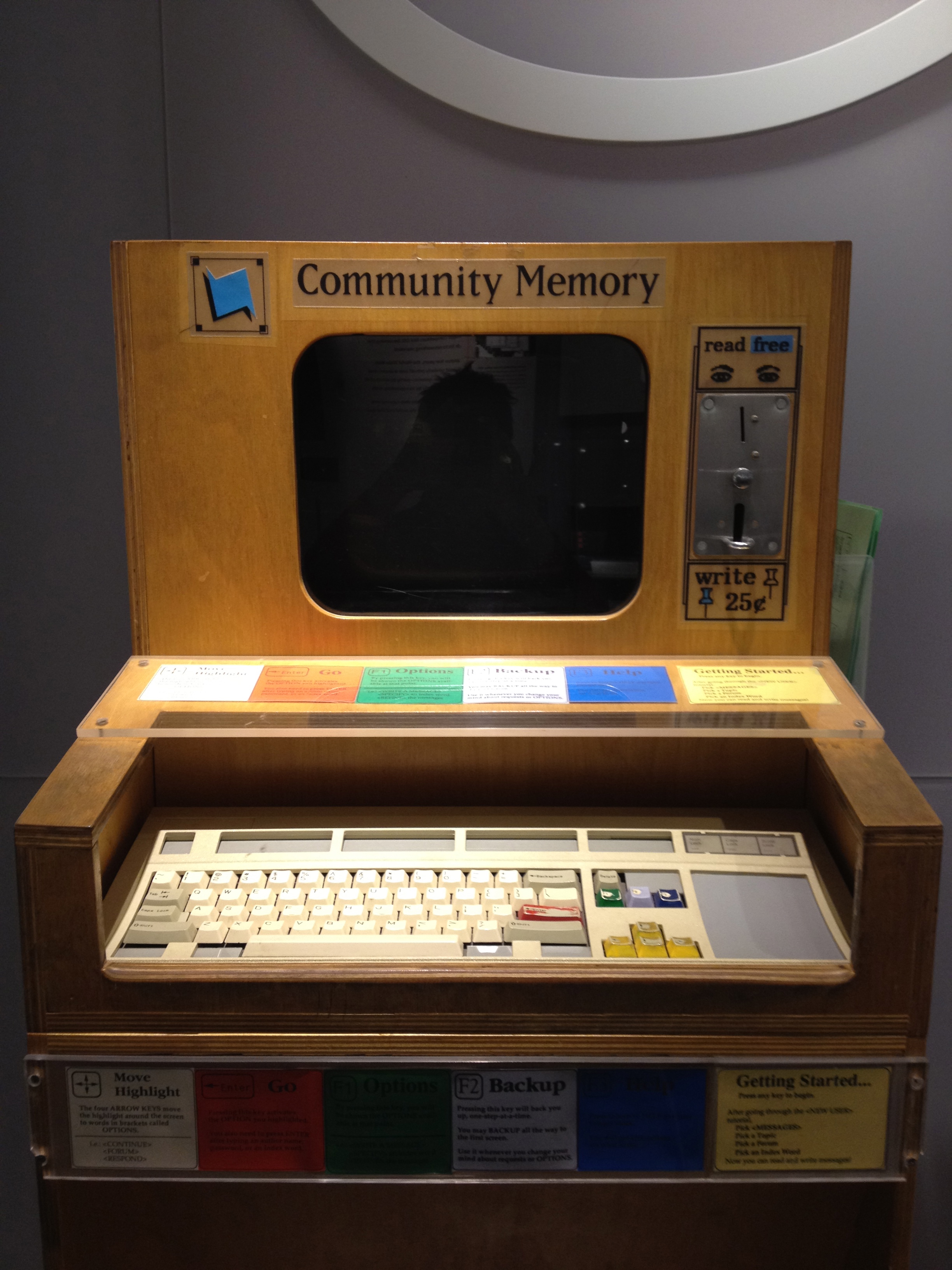 Jenny’s book had a ton of references to other books, which led me down a rabbit hole of reading. From Erling Kagge’s “Walking,” to Kyle Chakla’s “The Longing for Less,” to Robin Wall Kimmerer’s “Braiding Sweetgrass” (still in the queue), each of which branched out with more references. Right now I’m on a book deep in one rabbit hole, Simone Weil’s 1949 book, “The Need for Roots.” It’s not particularly easy to read, and I haven’t finished it yet, but Part 1, called “The Needs of the Soul” really got me reflecting. On how a community can fulfill these needs, and inversely, what one could do to foster a community that provides those needs. And whether that is enough to build a community that lasts.

I want to write more about this. How might one apply those ideas to build a community oriented around a topic of your choice, such as mathematics? An in particular, how could one do this outside of academia and industry?

You just read issue #2 of Halfspace. You can also browse the full archives of this newsletter.