The Myth of Self-Documenting Code 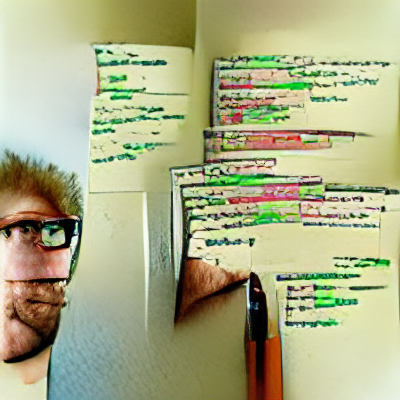 One of the weirdest things about software engineering is how many people hate comments.

Like actually hate. There are influential people out there who say that if comments are a sign your code is bad, because you failed to make your code understandable enough to not need comments. Comments lie and go out of date, they say, code is the only source of truth. Instead, you should have self-documenting code, where good variable names and code organization make comments superfluous. People can learn what the code does just by reading the code! Then you don’t need comments, except for very rare exceptions.

I’m sorry, but this is impossible.

One of the first things you learn as a teacher is that most “obvious” things aren’t. No matter how simple and obvious something is to you, it isn’t simple or obvious for anybody else. This applies to programming, too. When you write “self-documenting code”, it’s self-documenting to you. But you have all this internal context that makes it self-documenting. Other people don’t have that context. They need more information than your code has.

You can embed some of this information in the variable and function names, but you’re only getting one slug per thing, which only lets you encode on small, distinct concept. You could try “encoding more” by breaking a function into subfunctions, but then you’re making the code harder to follow in order to make it more “readable”. You can also embed some of this information in tests, but then your tests are forced to be both tests and documentation, and they no longer have a single responsibility.

But replacing comments with functions ‘n tests has a deeper, more fundamental problem: they can only encode certain classes of information. People refer to this as “comment why, not what”, but there’s a huge class of information beyond “why” that can’t be encoded in the codeflow: negative information, optimization info, tips, etc. Most people don’t even realize they can document that stuff. But you can, quite easily, with comments.

I’ll borrow an idea from one of my favorite blogs: the difference between tactics and operations. It’s easy to follow the moment-to-moment flow of the code and what it’s doing, so it’s tactically self-documenting. But operational information is more global, how the code fits in with the larger program. The code’s behavior can’t tell us that because it isn’t supposed to know anything about the larger program. That would break the very idea of encapsulation!

My favorite “clean code” project is Uncle Bob’s FitNesse. I like it because it’s a large program written by the most influential Clean Coder, so should be our best candidate for truly self-documenting code. Here’s one snippet from the Shutdown Class:

Readable? Yes. You can see exactly what this calls and what each thing it calls says it does. But we operationally know that this is supposed to, at some point, make an API call to actually send the shutdown signal. It can’t tell us where that is! At best it vaguely gestures at buildAndSendRequest.

In fact you need to dig four methods deep: run calls buildAndSendRequest which calls ResponseParser.performHttpRequest which calls RequestBuilder.send. The code isn’t self-documenting because a critical part of the documentation, the actual API call, is an operational concern, not a tactical one.1

Remember: what’s obvious to you is not obvious to everyone else. You might not even realize these operational questions exist because you’ve so internalized the code they’re too trivial to even be questions. You’d look at your code and think “yep this is self-documenting” because it answers tactical questions, and those are the only ones you can think of.

What makes self-documenting code so appealing to people? I think it’s a plethora of (legitimate!) reasons:

A lot of these boil down to “comments are kinda garbo”, and I 100% agree: comments are garbo. We need something better than comments, or at the very least we need way better comment tech! But even though comments are garbo, they’re still the only means we have of interleaving code with expressive human-to-human communication. Code and tests are not nearly expressive enough to embed all useful information. We can’t sufficiently self-document our code.

Now I kinda wanna hack together a “comment embedded” using neovim floating windows, could be fun

Decided on a whim to go. If you’re around come say hi!

Update for the Hacker News Crowd

This was sent as part of an email newsletter; you can subscribe here. Common topics are software history, formal methods, the theory of software engineering, and silly research dives. I also have a website where I put my more polished and heavily-edited writing (the newsletter is more for off-the-cuff stuff). Newsletters are usually 1x a week.

You just read issue #150 of Computer Things. You can also browse the full archives of this newsletter.