Hardware Things: What does a Made in Africa smartphone mean?

Hope you had a great November. The regular newsletter is back.

Hardware Things is supported by readers like you, join them on Patreon.

Made In Africa phones

It’s no more news that the first Made in Africa smartphones were announced recently with a factory for Mara Phones opening in Rwanda. But last month, another factory for mobile phones and laptops (among other electronics produced by SIMI) opened in Uganda. It begs the question: what does it mean to make something in a place? As surely the components come from another place.

Now, smart and feature phones have been produced in Ethiopia (and other places) for a while, but in all this time the components have typically arrived Semi Knocked Down, Completely Knocked Down, or assembled with some less critical mechanical parts manufactured locally.

Mara’s claim is that they are the first company who produces smartphones to do their own PCB manufacturing, PCB assembly, programming and final assembly in the same plant. Knowing that these phones will compete (on the continent, at least) with others shipped mostly from China, it remains to be seen if they get their desired ROI.

On another note, Mara’s CEO recently mentioned that the countries with the highest retail buying for their phones have been Germany, the United Kingdom, US, Italy and Switzerland. While it would be great to see what those number are, we can only wait to see how it plays out.

In most parts of the continent, people purchase LPG (cooking gas) by carrying their cylinders to a shop where the cylinders are weighed until the gross weight on the scale shows the cylinder’s recommended ‘filled’ weight. The buyer then pays the previously agreed price. Well, Kenya’s Bureau of Standards is about tired of that. They’ve released a new metering standard for dispensing LPG so one can buy at whatever price they want - like buying petrol.

Danial Mpala in Ventureburn wrote a great article highlighting five hardware startups in South Africa who’ve had an interesting year. Ranging from medical devices to IOT infrastructure, most of the startups seem to out of Cape Town.

Caveat: anyone in Cape Town who could host me?

Google might have scrapped Android Things, but Mozilla’s here to the rescue.

Things to Apply For

Ampersand is hiring a Senior Electrical Engineer - with an embedded systems background - in Kigali, Rwanda.

Today is the last day to submit talk/demo proposals for next year’s Open Hardware Summit.

Heating water for home use can take up a lot of power, thus solar geysers are used to heat up water directly from the sun. In South Africa, Plentify has developed a smart solar geyser that allows users schedule their use of hot water and pay off the installation costs from their electricity savings.

For the love of complaint mechanisms. 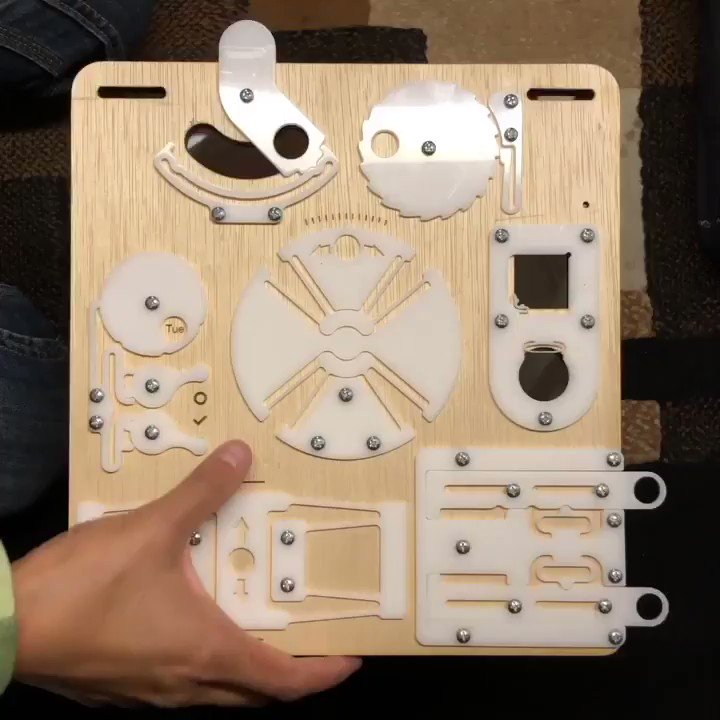 This is a demo board I made for some #flexures, some of which I have used for projects, others I just think are so cool. #lasercut #delrin

See you next month (year)!

You just read issue #22 of Hardware Things. You can also browse the full archives of this newsletter.