The Hammersla Exposition No. 2: What's Cooler than Being Cool?

EDITOR’S NOTE: I have taken the liberty of switching my newsletter service – and your subscriptions – to Buttondown, which has a more advanced feature set than TinyLetter. Sorry for the extra hassle, or if this goes into your SPAM filter.

You may note that I refer to my guest on the podcast this week as “probably the coolest person I know,” which may in fact be damning her with faint praise. I am basing my assessment on the fact that she knows all the latest slang and still nominally participates in what might be considered “nightlife.” Also relevant is that she is two and a half years younger than me, which by all logic makes her roughly 54 months cooler than me.

(This objective estimate is expressed mathematically as the number of months that (x) person is closer to the age of 20 than (y) person. So, my wife is three months cooler than I am, and my four-and-a-half-year-old daughter is already 93 months cooler than I am, which tracks. There are other numerical factors that can be applied also, such as one’s geographic proximity to Paris and body mass index, but the quick-and-dirty age estimate will do.)

Subjectively, though, coolness remains something of a moving target depending not only on circumstantial factors (like prevailing cultural mores, etc.) but also, paradoxically, on how cool one thinks or realizes one is, relative to one’s actual temperature. Nothing is less cool than someone who thinks they are cooler than they really are. And someone who underestimates their own coolness automatically becomes moderately cooler by virtue of their modesty (although there is a point at which a person can underestimate themselves so much that they become irredeemably whiny, which is so uncool). The people who don’t care about their coolness at all are probably the coolest, especially if they are conventionally “hot.” This is Jason Hammersla’s Laws of Thermodynamics.

Anyway, I don’t know if I have ever been truly cool outside of maybe a handful of really special moments. They all seem a long time ago, now.

This Week’s Episode of
The Hammersla Inquisition

Emily Epstein White pictured above, center, at Pat O’ Brien’s in New Orleans’ French Quarter, May 2005. She is not actually that short.

My guest this week is Emily Epstein White, Philly native/resident, current stand-up comic and my former colleague at the University of Rochester Campus Times. 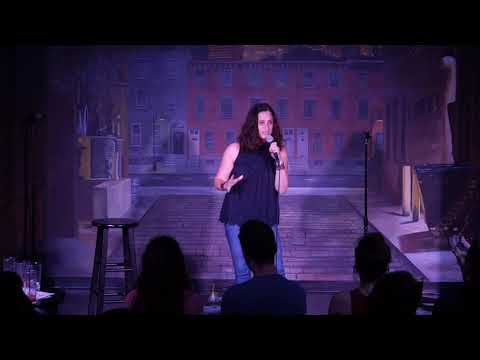 Nearly all of my college friends come from one of three camps: the Music Interest Floor, Delta Upsilon Fraternity and the CT. The fact that the CT is the dominant source of Inquisition guests is indicative of the many, many hours spend toiling together in a production office shaped, appropriately, like an armpit.

It is said that the strongest bonds between people are formed out of shared trauma. I’d be exaggerating to suggest that putting out a weekly newspaper with one’s best friends is traumatic, exactly, but it certainly can be a test of people’s patience, good humor, dedication and affection.

Under such pressures it can be easy for a person – especially an relatively immature and insecure person – to shift into survival mode and focus solely on oneself. But I am thankful to the editors who came before me and took the time to nurture and encourage me, and I am thankful to Emily for allowing me to at least feel like some kind of mentor.

Many thanks to her for being such a good sport, then and now.

On the topic of things that I might call “cool” even though they are objectively not cool – or maybe it’s vice versa – I am obsessed with two music videos on YouTube this week. You can see them below:

Walk Off The Earth - Hey Ya! 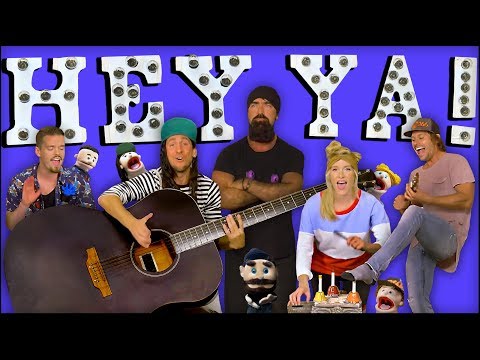 Walk Off the Earth - Shape of You 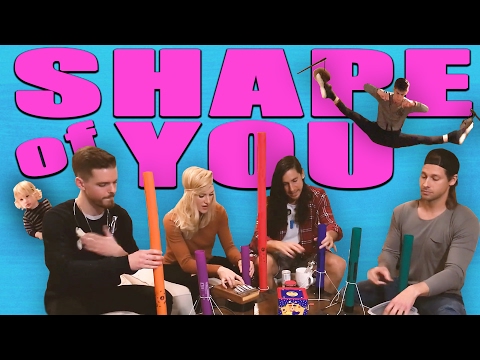 I can just imagine someone (like David Leavitt) expressing skepticism that these videos are authentic and asserting that they must be lip-syncing or using trick photography or something. I know I can be hopelessly naive about these things but I want very much to believe that the videos are legit. At minimum, there are slight but noticeable differences between these recordings and the music recordings on Spotify, for whatever that’s worth.

I find the music enjoyable on a purely aural level, while intellectually I am fascinated by the musicianship and creativity. But it’s hard for me to tell if this is actually cool or if it is just super-nerdy. And on top of that, per my earlier comments in the introduction, I’m having a hard time assessing whether these folks are presenting themselves as “cool” or if they are intentionally-ironically being uncool.

If Nick Hornby is right in High Fidelity, and “what really matters is what you like, not what you are like,” that’s probably not a great sign for me. Beyond my own idiosyncratic tastes, I also have a habit of reflexively disregarding anything that is too obviously “cool.”

You just read issue #3 of The Hammersla Exposition. You can also browse the full archives of this newsletter.