The Hammersla Exposition No. 1: One Small Dubstep for Man

Thank you for subscribing to my newsletter. I will try to make it worth your while. It is already worth my while to avoid logging in to Facebook, which I consider a festering boil on the face of the internet, which itself is kind of an inflamed rash on the face of the planet, which is to say that the Earth really ought to see a doctor.

I realize this change in my promotional/distribution strategy reduces my audience to a mere fraction of what it was on that website, but at least I can be sure that the people on this mailing list are actually interested in what I’m typing.

And if this becomes insufferable, you have options: you can delete or unsubscribe. Don’t sprain your fingers hitting that button too hard. 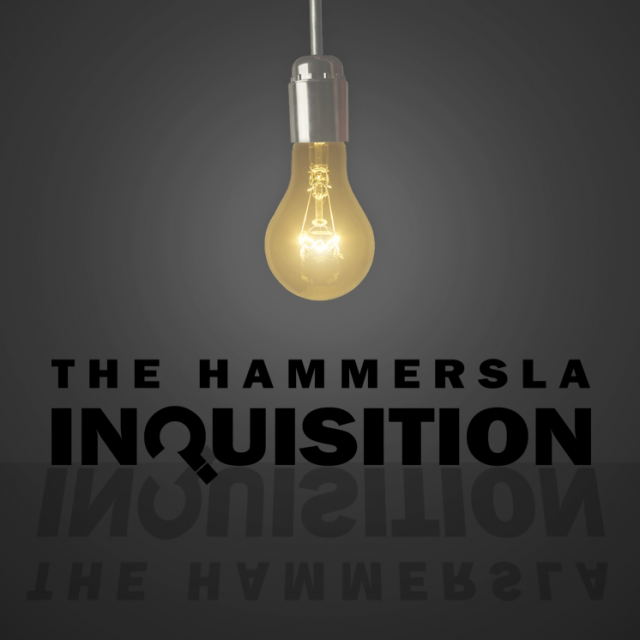 As most of you already know, I am proud to have launched my very own self-aggrandizing podcast project, The Hammersla Inquisition. Each episode will feature a hearty portion of delicately “grilled” friends and family, served with a side of sweet, warm flattery.

As you may or may not know, this idea was born of untimely death. On October 16, 2019, my friend Katie Haas died too young and too suddenly for me to absorb it peacefully. It occurred to me that, while we shared a close friendship, I could have done more to let her know how much she meant to me.

What I hope you all know is how much you mean to me, too.

(It’s just a good rule, I think, to seize every opportunity to tell people how much we love them. We should just be saying and hearing “I love you” all the time. It would probably ruin football but on balance everyone would be happier.)

Anyway, in my grief, I came upon an old interview I had conducted with Katie, as part of a series of “celebrity” interviews for my old Jason Hammersla Files website. Even when rendered in sterile text, the crackle of our conversation made me happy – and delighted that I had preserved that moment of friendship, forever. It made me want to recreate that, which in turn gave me an excuse to have some fun with my friends.

The first person so memorialized is Graham Kent, who was – if not necessarily my closest friend – always a friend, and always close by. I asked Graham to go first for a very pragmatic reason: as the one person who is familiar to both my high school friends and my college friends, he was most likely to attract listeners right out of the gate. But he also made an ideal guest because he and I had a lot of unspoken questions and affections that make for good catharsis. I thank him for being so game and so gracious.

I was pleased to see the Kansas City Chiefs defeat the San Francisco 49ers on Sunday night, which doesn’t really make much sense. I like California and San Francisco way more than Missouri and Kansas City. My sister-in-law is a huge ‘Niners fan. The Chiefs lead the league in domestic abusers. Ultimately, it came down to three overwhelming facts:

So that’s it for football for a while. I’ll miss it but at least now I’ll see my family on the weekends.

That’s all for Issue No. 1. In the future I’ll try to send these out a little earlier on Monday but already I’m getting kind of nervous with the release schedule to which I’ve already committed myself. Please bear with me.

Thanks again for subscribing and you’ll hear from me again soon.
Sending my best,
Jason

You just read issue #1 of The Hammersla Exposition. You can also browse the full archives of this newsletter.