On Playing Kingdom Hearts 2 Every Year

At the beginning of every year, I have this tradition where I replay my favorite video game from start to finish. If you know me well, then you probably know that it's Kingdom Hearts 2. This is something I didn't start doing until three years ago. I acquired a PS4 in 2019 for the sole purpose of playing Kingdom Hearts 3, a game that I was unequivocally too excited to play. I figured that I should probably justify spending a lot of money on this console by spending more money on it, so in December 2019, I purchased the 1.5 and 2.5 HD collection, which houses every mainline entry in the series aside from KH3.

It included Kingdom Hearts 2, so I played it all the way through for the first time since I was a teenager. I decided that, because I once again owned my favorite game ever made, I would play through it every year. At the start of 2020, I finished a Standard Mode play-through. When 2021 came around, I did a Proud play-through, which is the slightly more difficult mode. Right now, I'm playing the game on Critical for the first time, the hardest mode possible. I played KH3 on Critical, which was indisputably harder, but the masochist in me is still having fun with KH2's counterpart. I've been killed in two hits on this play-through by a basic enemy. That's wonderful.

So why do I insist on replaying a game that I've already beaten umpteen times? The truth is that I don't really know. For the most part, I think of it as a sort of year-in-review. When I saw Mickey Mouse decked out in edgelord paraphernalia (pictured above) the other night, I thought to myself, "Wow, I can't believe it's been a full year since I witnessed this mess." It allows me to reflect on everything that's transpired within the past year, whether that be in my own personal life, which I'm enjoying, or the state of the world at large, which seems to just be getting worse for many reasons. 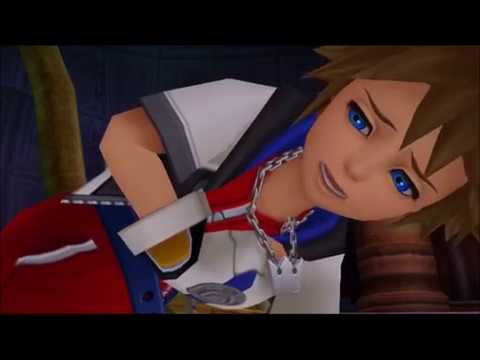 It lets me think about the places I've visited since my last play-through, the albums I've fallen in love with, the movies I've enjoyed, other video games I've played for the first time, life milestones, etc. Since my last time playing KH2, I started a full-time job as a copywriter, I've landed more bylines in new publications like Stereogum and Pitchfork and wrote plenty of pieces for pubs I've already written for, like MTV News and SPIN. My now-wife and I moved into a new house, my now-wife and I got married, and my now-wife and I traveled to St. Louis for the fifth time and New York for the first time. We also watched some of our best friends get married this year, too.

Speaking of my now-wife, she understands my childish admiration for the Kingdom Hearts series, so I think she avoids poking fun at it for my sake. That's extremely hard to do. Do you know how stupid this game is? It's so stupid. I love it. It is so easy to make fun of for a plethora of reasons. Still, she couldn't resist the urge to call Sora, Donald, and Goofy "demented" when she saw how they looked in the Pride Lands. Also, when the hyenas surround them at the beginning of the world, the hyenas inform the trio that they've arrived just in time for lunch. Goofy, who is now a hybridized dog-turtle, remarks that he thinks they're the lunch. My wife pithily replied, "No shit, Donald." It was actually Goofy, but does it even matter?

Why do I even love this preposterous game to begin with? It's the strange amalgamation of anime/Final-Fantasy-esque characters like Sephiroth and dangerously elated Disney characters like Winnie the Pooh. It should absolutely not work, but it somehow does. That's always been so striking to me, and the Disney elements resonated with me as a child. But as an adult, the needlessly convoluted narrative and the sheer inaneness of its existence sticks out to me instead.

Also, this is an unabashed non-sequitur, but Sora is a playable fighter in Smash Bros. now, and he has become my new main. I made it into Elite Smash with him the day he dropped. I saw his reveal while I was at work, and I was forced to stifle so much infantile excitement that I nearly burst. I am also a big fan of the Smash Bros. series. As you could have guessed by now, Kingdom Hearts 2 is a very special game to me, but that doesn't mean I think it harbors any inkling of cultural cachet. I believe it is an amazing game, but, man, it is so dumb. I love how dumb it is.

I think the reason that this game is by far my favorite in the series is because of A. nostalgia and B. hanging out with your pals. Despite the desolate landscapes that comprise many Kingdom Hearts games, Sora is accompanied by Donald Duck and Goofy in the numerical titles, which are my favorite (aside from the original, which can be a slog to play at times). In non-numerical games such as Birth By Sleep and Dream Drop Distance, which I both love anyway, you don't have any pals hanging out with you for roughly 95% of the respective games. For 95% of the numerical entires, however, Sora is beating up enemies with his friends. This partly ties in with one of the series' major motifs, the cloying "my-friends-are-my-power" trope.

On top of that, Yoko Shimomura is my favorite video game composer. Everything she does is gold, unless she was also responsible for the Gummi Ship mission music, which my wife described as headache-inducing (I agree with her). When I hear tracks like "Dearly Beloved" or [insert any piano-led Kingdom Hearts track here], it makes me emotional. The KH2 soundtrack in particular is a masterful work, and not only is Shimomura one of the best creators in game music. We also need to discuss Utada Hikaru. 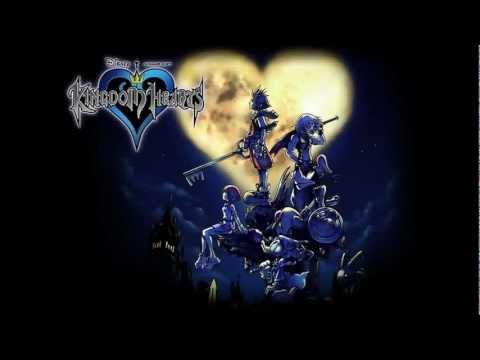 Rina Sawayama cited them as one of her main influences in music, and you can palpably hear their influence in Sawayama's own material. "Simple and Clean" goes. "Face My Fears," which features production from former From First to Last member, Skrillex, slaps. But then there's the song they wrote for KH2: "Sanctuary." All three of Hikaru's songs for the series rip, but THIS one, man. Wow. I could listen to that on repeat, and I do. One of my favorite parts of the game's cinematic opening is near its end, when Roxas descends into Sora's heart, and the music exits a momentary pause back into full throttle. It's just great. 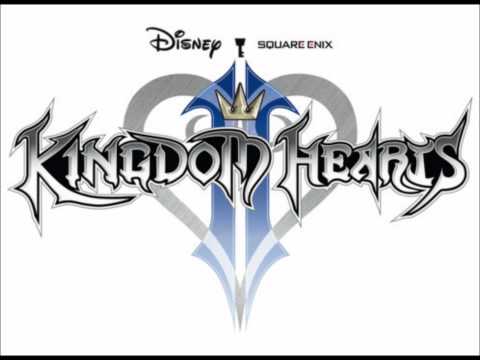 Anyway, I know this newsletter is mostly about music, but I wanted to dedicate something to my relatively new tradition. I've never written about my favorite video game, either, so this felt like an appropriate space to do so. I'll do another deep dive (to the heart, get it?) into an artist's discography soon. I'm always open to suggestions, but I will likely steer clear of doing Guided by Voices, Bob Dylan, or any artist with more than five studio albums. That is too much work for something I'm doing for free and for fun. I'll save that for my denouement or magnum opus.

You just read issue #31 of We Have the Facts And We're Rejecting Your Pitch. You can also browse the full archives of this newsletter.