I’m Duncan, I’m an information design consultant and this is my newsletter where I write a bit about what I’ve been working on or found interesting over the last ten days.

Last weekend, at a digital version of the You Got This conference, there was a fantastic talk from Anjuin Simmons about how to effectively lend your privilege. It’s 30 minutes, and full of practical tips for making the world a more equal place and a clear explanation of why it’s necessary. The talk is about 30 mins and there’s a Q&A after. Highly, highly recommended. 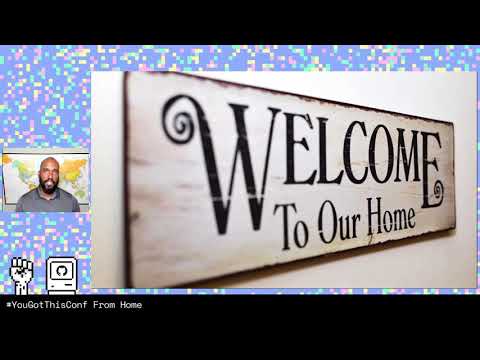 Other great talks at the same conference included Heidi Waterhouse on understanding your business value and making it work for you, Pauline Narvas on avoiding and/or recovering from burnout, and Ben Bartle on giving better feedback.

Regular readers will know that I use a system called Cadence to keep my short-term tasks relevant to my long-term goals. It mandates a “periodic review” every so often, and the period I use is 100 days. My most recent review was on 31 May. It turns out a lot can happen in 100 days.

I won’t go into the full details of my review, because it’s supposed to be a thing where you can write freely without the encumbrance of an audience. But it was interesting to see which of my long-term goals I’ve been able to make more and less progress on during These Peculiar Times. I’ve made more progress than expected on my goals around creativity and family, and less progress than expected on my goals around work and maintaining physical & mental health.

The biggest success though, I think, was being able to feel okay during my review about not having achieved all the stuff I set out to do. When you’re working for yourself it’s hard to be forgiving when you underperform, and I also tend to be quite ambitious, which is a rough combination. But this time, at least, I feel okay that I haven’t been able to be a powerhouse of productivity. There’s a pandemic going on, after all.

With that in mind, I’ve deliberately tried to be less ambitious in my goals this time around. And one of my goals is to write a “not-to-do” list, as suggested by Tim Ferris, which I’ll fill with things that take a lot of my time but don’t actually help me achieve my goals. Spreading myself less thinly, fewer to-do list items, more focus and more creative input. That’s the plan for the next 100 days.

My main project over the last week or so has been putting together a portfolio of climate-centric work that I can use to send to potential new clients. It’s something that I’ve been meaning to do for a while, and the time has finally come.

It was tricky picking out just a handful of projects to feature, trickier still figuring out what to say about each of them, but toughest of all was making them look good on the page. I know a lot of the theory around layout - alignment, grids, whitespace and so on, but putting it into practice was much harder than I expected.

So I asked for help. I pinged a friend, Alex Parrott, whose layout work I love (if you need layout done, you should hire him). He very kindly offered to give me a half hour crash course in how to put all that theory into practice on the page, giving me a wealth of tips and advice.

The result is a much tighter, more professional-looking piece of work, which I’m now proud to share. If you know anyone who might be able to use my skills, I’d appreciate if you could pass it along!

I’ve been listening to a lot of Conversations With Tyler lately on dog walks. It’s a podcast that’s about economics in the same way that 99% Invisible is about design. Which is to say that it’s welcoming and interesting to people who’ve never had more than a passing interest in economics as an academic subject (I certainly haven’t).

It’s set up as a series of interviews with people working in economics and adjacent fields, but host Tyler Cowen is expert at asking great questions that spur his interviewees to talk about things that are interesting to a much wider audience. Like why nightclubs are so damn loud, or how to get fired from the World Bank, or whether Tony Blair is over- or underrated.

If you’re looking for a new podcast in your life then I can thoroughly recommend it. Or if you prefer to read, then all the transcripts are available on the show’s website.

Why did it take so long to invent Dungeons and Dragons? That’s the question that innovation historian Anton Howes asks in this edition of his newsletter. After all, we’ve had storytelling, and dice, and games, and role playing, for centuries. There’s no good reason why it took until the 1970s for tabletop role playing games to be invented.

Howes refers to these kinds of inventions, which also include the bicycle and the wheeled suitcase, as “low hanging fruit”:

Hanging so low, and for so long, that the fruit are fermenting on the ground. I now see them everywhere, not just in history, but today — probably at least one per week. The reason we have had so many low-hanging fruit throughout history is just because very few people ever bother to think of how to do things differently. We are, most of us, quite set in our ways. So even today, when there are many more inventors alive than at any previous point in human history, the fermenting fruit still abound.

Feels a bit weird to be writing a log entry about a log, but I’ve launched a new development log newsletter for Loud Numbers. It covers the trials and tribulations that my collaborator Miriam and I are encountering as we learn to sonify data and make a podcast from it. If that sounds like something you might want to read (here’s issue one - future issues will be shorter!), then sign up at loudnumbers.net.

When I was first getting into data visualization as a medium a few years back, I was particularly enamoured by a blog called FlowingData. Nathan Yau (who runs it) has a fantastic eye for interesting viz stuff on the web, and his R courses and tutorials helped me make some of my first custom visualizations.

That’s why I’m beyond excited that he’s written up my plotter visualization project! If you’re not familiar with FlowingData, then go check it out (and thanks to Alli for letting me know!).

Finally, I’ll leave you with my favourite discovery of the week - TLDR pages. TLDR stands for “too long, didn’t read”. It’s a collection of crowdsourced advice for how to use different command-line tools.

Type a command into the box and you’ll get a guide on how to use it written in plain English, complete with some of the most common examples. It’s a godsend for anyone who’s ever struggled with chmod, for example.

There’s a tldr command line utility too (npm install -g tldr), and even a plugin for the Alfred launcher. Just the thing to help you the next time you’re forced to fix something with the command line.

You just read issue #12 of Hello from Duncan 👋. You can also browse the full archives of this newsletter.