A Ruined Space Station, A Beacon of Hope, A Record of an Experience

Hello. My name is Duncan and this is Hello From Duncan - a newsletter I send every ten days summing up my recent creative input and output. It’s free to receive, and you can unsubscrbe at any time with the link in the footer. If you like it, sign up your best friend. If you hate it, sign up your worst enemy.

Let’s get straight into things.

As you read this, I’ll be setting out for a trip back to the UK to attend a wedding and see a bunch of family who I’ve not seen in literally years at this point. I’m pretty nervous about the journey - two years of *gestures wildly around* has left me deeply uncomfortable in small metal tubes containing lots of people. But there are no travel options that don’t involve small metal tubes containing lots of people, so I’m going to have to live with it.

Honestly, there doesn’t appear to be much cultural difference between Sweden and Britain at this stage of the pandemic. Both are pretending it’s a thing of the past, and we should all be getting on with our lives again as if nothing had happened. So at least it won’t be a huge culture shock, I guess?

I won’t have time to do much, if any, work on the trip and it’s going to take up most of the next ten days, so I’ll likely skip the next newsletter and be back in your inboxes again in June. How is it almost JUNE already?

Last week I built a simple calendar showing showing the current Japanese kō or “microseason”. There are 72 in a year, they change every 4-5 days. At the time of writing, we’re in Takenoko shōzu, or “bamboo shoots sprout”, but by the time you read this it might be Kaiko okite kuwa o hamu, or “silkworms start feasting on mulberry leaves”.

I really love the full list of seasons. I kinda want to record 72 ambient tracks, or 72 little generative Norns scripts, or 72… somethings… off the back of it. But for now it’s just a calendar.

I made this for the Creative Coding Club I run as part of the Elevate Dataviz Membership Program. If you want to learn and experiment with creative coding in a friendly and supportive environment (total beginners are welcome) then consider joining us.

A few months back I wrote a short and sweet article for BBC Science Focus about fogbows. What’s a fogbow? I’m glad you asked. That’s literally the title of the article.

This week I learnt about The Crash at Crush (excellent band name) through the consistently-wonderful 99% Invisible podcast. They note that musician Scott Joplin wrote a song about it, titled “The Great Crush Collision March”, but what they only touch on is that the song is a sonification of sorts. 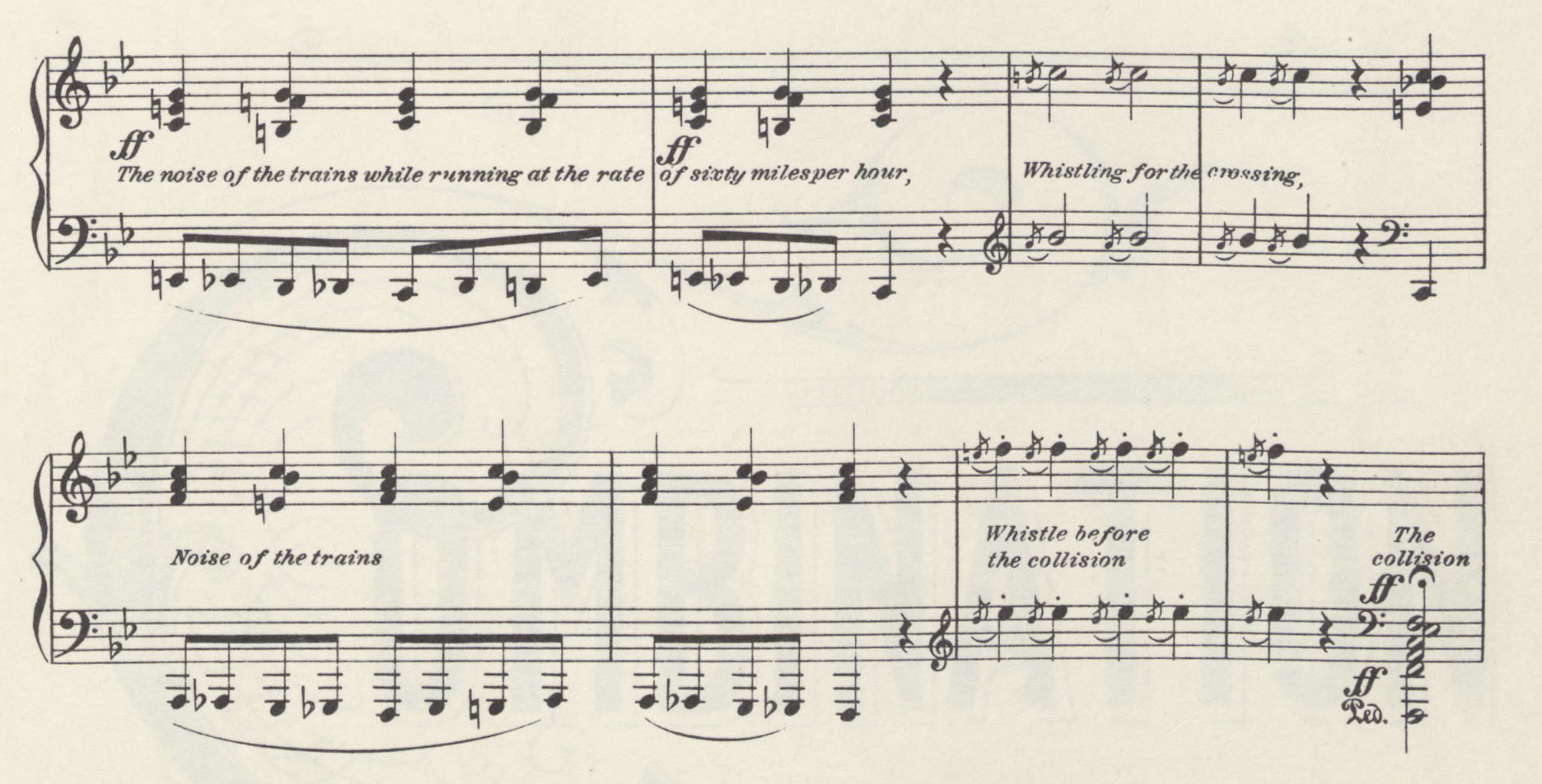 There’s a nice article about the track (pun intended) on The Baylor Digital Collections blog.

Joplin created something more than a standard march: he added instructions for creating “sound effects” for the last third of the piece that would depict the crash through music. It was an attempt to insert narrative flair into what was otherwise a fairly straightforward composition and was a foreshadowing of Joplin’s later work with dramatic compositions that would find their culmination in Treemonisha.

I’ve just finished Citizen Sleeper, a short, narrative, interplanetary-capitalist RPG set on a ruined space station. It’s from Jump Over the Age, who also made the very excellent In Other Waters.

You play as a decaying cyborg with a human mind, who escapes indentured servitude and must survive while evading its owners. To survive you need to eat food, which costs money, so you work. But you also need regular injections of a proprietary serum that prevents your body from falling apart, due to its “planned obsolesence”. Oh, and there’s both a bounty hunter and a terrifying AI trying to hunt you down.

Every day you roll a set of dice, which you can allocate to different tasks around the station - working for money, hacking mainframes, exploring the ruins, babysitting a small girl so her father can work enough to buy her dinner. Of course there’s never enough dice.

I think it’s already one of my games of the year. The characters are wonderful, the environments are perfect, the writing is excellent. If you enjoyed Disco Elysium’s talk-em-up approach to the RPG genre, you’ll undoubtedly love this too.

I was reading the “making time for creativity” thread on the Lines forum and it got me thinking about targets. One of the posters writes:

It’s better to form a daily work habit than to set goals. If you write a page a day you’ll find yourself with a novel in a year. Just setting a goal of writing a novel in a year, however, gets you no closer to that goal.

This approach will be familiar to fans of James Clear, of course, but it got me thinking about climate change.

Much of the international-scale action on climate change right now is happening in terms of targets, not habits. But just setting a goal of net zero by 2050 gets you no closer to that goal - as proven by the Missed Targets report that I wrote about last time. Governments (and all of us) need to actually make a habit of reducing emissions. You need to write a page of that particular novel every day.

I realised as well that I rarely set targets for my creative work, and when I do I use them as a way to direct my daily habits. If I have a block of time (as I did in April), I might loosely try to have done X, Y and Z by the end of it, but by the end of it, I know that the most likely outcome is that I’ll have done X, started Y and forgotten entirely about Z. So instead I just focus on putting in the work in on a daily basis and trust that it’ll get me where I want to go.

If you click on anything in this newsletter today, make it this article from climate economist Julia Steinberger about her experiences going to high schools to talk about climate change in the wake of the pandemic.

I answered as best I could — not very well. I realised that times had shifted, and that the 16-year-olds of today were in a place far beyond where those of 2019 were. Their mood was one of deep, cold, frustration and betrayal. Pessimism, even despair, perhaps, but also disdain. I had failed them, for sure, but clearly so had the other grown-ups in their lives. I was shaken.

But let’s end on a positive note, with this lovely NYT portrait of the Antarctic island of South Georgia, via This Week in Sound.

Now that hunting is history and the invasive mammals have been eradicated, Ms. Poncet and her colleagues are witnessing a remarkable ecological recovery. The scientific literature delivers a muted version of it, but in listening to the scientists — who are driven by data and not prone to hyperbole — their joy and wonder comes tumbling out. Among the terms they used to describe the island’s revival: “miraculous,” “spectacular,” “really emotional,” and “a beacon of hope.”

See you in ten days.

You just read issue #78 of Hello from Duncan 👋. You can also browse the full archives of this newsletter.