A couple weeks ago the Biden adminitration released a 60-page proposal for funding “Education for the Disadvantaged,” or Title 1A of the Elementary and Secondary Education Act. I’ve written about Title 1 a couple times before. It’s the law that distributes funds to poor districts.

Remember that very little of schools’ actual funding comes from the federal government. As you can see here, it’s about 8% on average.

The federal government just doesn’t get super involved in school funding, which is one of the reasons why it’s so badly distributed. Expropriation and superexpropriation can run rampant through state and local taxes, levied regressively on unequally valued real estate. The whole situation shows how school funding is kind of like the cell structure modern US racial capitalism. Plus, the system is so complicated no one talks too much about it. Title 1A, just by itself, uses four formulas that basically no one understands.

I’ve suggested a way to make the federal government much more generous, which might actually be making its way through a legislative process right now thanks some of my amazing readers. Fingers crossed. Meanwhile, we can understand the Biden administration’s new document as a different proposal.

Luc Besson’s The Fifth Element is one of my favorite movies. Humanity is under threat from a mysterious dark force that only an ancient being can defeat. The species that can summon the savior being are long dead, but they have left instructions through the scriptures of a religious sect devoted to them. These scriptures say that priests must call forth the four earthly elements: air, fire, wind, and water (like another of my favorite 90s entertainments Captain Planet) which in turn will summon a fifth element: the divine warrior being.

I bring this up because the Biden administration’s proposal is pretty similar. They want to make a fifth formula for Title 1A funding authorization. Here’s how they say it would work:

The Administration recommends that the Title I Equity Grants program allocate funds through an even more targeted formula that advances equity to the greatest extent possible. This new program builds on—and leaves in place—the existing, foundational Title I Grants to Local Educational Agencies program, including the current formulas for existing funds. All States and districts would receive dramatically more funds under this proposal.

I don’t usually chuckle to myself when reading dense policy documents, but I did when I read the bolded lines above. I love how they wrote “even more targeted.” There’s already a formula that calculates a Targeted Grant.

Created in 1994, the Targeted Grant augments the Basic Grant by assigning weights to the “formula child count” (which means how many poor children are eligible for the funding–yes they’re referred to as ‘formula children’ in the policy world). Crucially, these weights are based on the formula count or rate at the county level. That means the Targeted Grant can ‘target’ districts where there are a lot of poor kids in absolute terms and a lot of poor kids proportional to the population, in relative terms.

This gets to one of the biggest tensions in federal education spending viz. poor districts: what does ‘poor district’ really mean? Does it mean a tiny district that has a proportionally large amount of poor kids in it (like a district with 100 students of whom 15 are poor) or does it mean a huge district with huge numbers of poor kids (like a big city that has 25,000 poor kids). The formula count favors the latter while the formula rate favors the former.

They bury so much ideology in numbers.

Politically, you can guess who fights for these different operationalizations of ‘poor district’. Suburban and rural representatives (who trend right) will fight for the rate while urban representatives (who trend left) will fight for the count. It’s this battle–combined with neoliberal austerity–that’s eroded the generosity of Title 1A funding since the 1980s and made it absurdly insufficient over the last 40 years.

The new fifth formula, the Equity Grant, is a salvo from the urban-left-absolute count side of this debate. How does it do this? The Biden proposal says

A new allocation formula would leverage the proposed Title I Equity Grants on behalf of students from low-income backgrounds and students of color in districts and schools with the greatest concentrations of poverty. In addition to directing a greater share of Federal funds to the highest poverty districts, the new formula would create new incentives for more equitable State and local education funding systems. (28)

So it’d be a new authorization process. But they also propose a pretty hefty appropriation for it: $20 billion. I say hefty because that’s almost as much as the other four formulas combined. It’s a good amount of money for appropriations (but actually not that much of an increase when all is said and done). We should note however that we don’t really know exactly how much of an increase this will mean for poor districts and schools, since it doesn’t give us the details of authorization. It only tells us about appropriation.

Weirdly, I can’t find details about the formula itself. The proposal document mentions some bells and whistles on the Equity Grant program, like encouraging states to set up “voluntary” commissions to study school funding distribution in their state and increasing teacher compensation. They cite work coming out of Rutgers University and the Shanker Institute (which is a good sign about the power blocs inside the administration: this tells me it’s a progressive bloc), but I don’t see an actual formula.

My best guess is that this equity grant fifth formula will literally just be the formula that the Obama administration tried to pass in 2015 but couldn’t. Let’s look at how that was suppose to work.

An absurdly bourgeois and additive history

There’s a history of the Title 1A formulas which is begging to be told by a wonky historian with a sense of humor. Most of my understanding of this history comes from the Congressional Research Service report linked above which, for all its rigor, is extremely dry (most of my summaries of the formula calculations below come from there).

The basic premise of this more fun history could be how policies in bourgeois democracy keep getting added on to one another rather than changed due to the nauseating shifts in political power between constituencies. In the back and forth between small government, suburban-rural conservatives and more social-democratic urban moderates over the last 60 years, people kept making new formulas. That’s how we got four. It’s the absurdity of bourgeois deliberation: just keep tinkering, adding on, and making little changes as part of the art of compromising and ultimately maintaing capital’s power. (I know there’s a political science term for this, but I couldn’t find it. What I did find was psychological addition: the tendency to add rather than subtract.)

In 2015, the Obama administration tried to continue this sacred tradition and propose a fifth formula: the Equity Grant. It was going to be part of the Every Student Succeeds Act (ESSA), which even Republicans agreed to pass. But they couldn’t agree on this fifth formula so it got cut. Like I said, I have to imagine that Biden’s team is going to base their Equity Grants on this previous attempt.

The Equity Grant formula from 2015 was essentially the same as the Education Finance Incentive Grant (EFIG). We’ve talked about the Basic and Targeted Grants thus far. The EFIG is the fourth formula. It’s based on total school-age population (not just formula children) multiplied by an effort factor and an equity factor. The EFIG effort factor was based on state and local education expenditures as compared to income data, and the EFIG equity factor is based on a comparison of state and local education expenditures among LEAs within a state.

Get all that? As a teacher, I want to find a way of explaining all this so it makes sense. But it’s hard! A student in my history of school funding course came up with a pretty good metaphor. Think of the Basic Grant as a kiddie pool: it has a little bit of water that’s spread out evenly. The targeted grant is like carving out a deep and shallow end. The EFIG is like adding jets to different parts of the pool so it’s like a massage for specific parts of your back? Ugh, I don’t know. If you have any metaphor ideas let me know. (I was also thinking of likening each formula to characters from Winnie the Pooh: Targeted would be Tigger, for instance.) 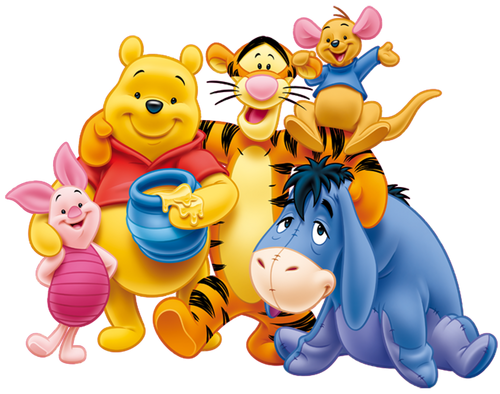 Anyway, back to reality. The 2015 Equity Grant was actually just like the EFIG, but with two major exceptions: it removed the effort factor and used the same expenditure factor for all states as opposed to a state level expenditure factor.

Under the House bill that created the fifth formula, states would have had the option to redistribute all of the Title I-A funds received to LEAs based on each LEA’s share of children in poverty. LEAs would, in turn, distribute the funds received to schools in the LEA based on each school’s share of enrolled children in poverty. This option was sometimes referred to as the “state option” or “Title I portability.”

I’m going to guess that the Biden administration will push for this type of formula in the coming weeks.

You just read issue #109 of Schooling in Socialist America. You can also browse the full archives of this newsletter.