I’ve been getting more involved with a campaign you should know about: the Democratic Socialists of America’s Green New Deal for Schools campaign, put together by the ecosocialist working group. It’s an organizing effort with and around Jamaal Bowman’s legislation, the research for which I helped out with. There was a call recently featuring a ton of great organizers from around the country. My chapter of DSA in Philadelphia has a well-developed campaign too, which is great. Shoutout to Duncan Gromko and Mindy Isser in Philly, and a number of other new readers doing work on this in other chapters. You should get involved! Sign up here. 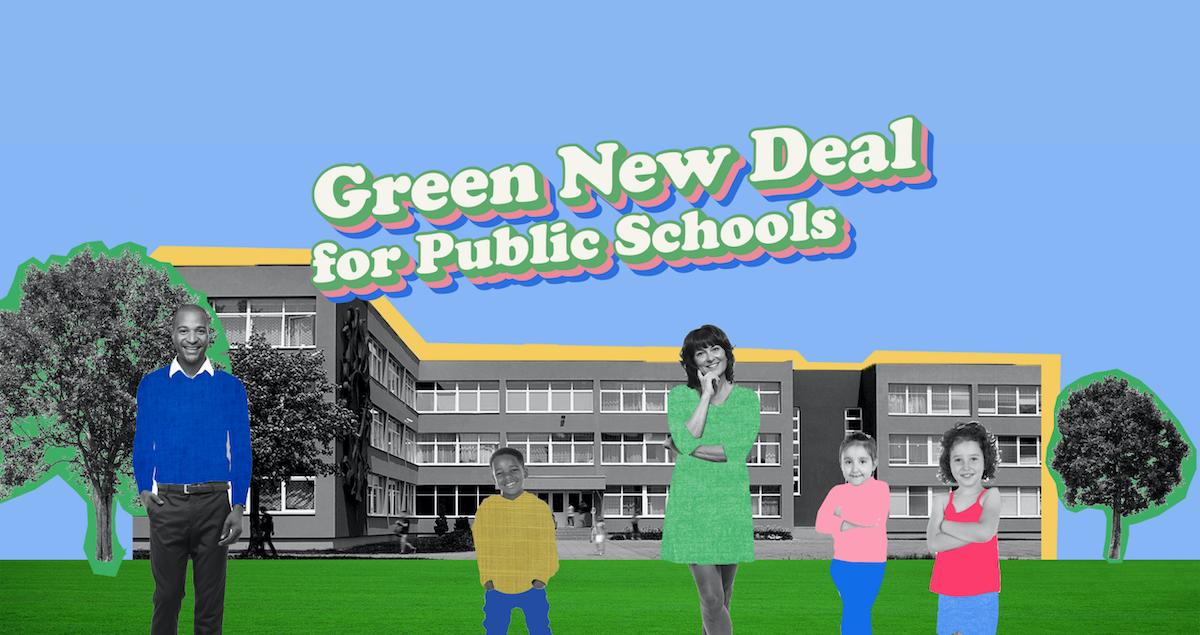 Since I’m getting more involved, I want to start digging into school infrastructure finance. I’ve been interested in the topic since the beginning of this newsletter, but I’ve only looked at specific stuff rather than doing a holistic dive. I’d like to get a better handle on the history and current practices in this tiny, wonky, but ultimately really important arena of public finance.

So in this post (and maybe a couple others over the next few months) I’m going to focus on school infrastructure finance from a socialist perspective.

First, here are some sources of information and resources I’ve found that are helpful. I’m digging through these for material but you should too!

For national news and reports on school facilities financing, the 21st Century School Fund is really great. They host the Building Educational Success Together project, which is a “a community of practice dedicated to sharing and developing knowledge to improve urban public school facilities and those they serve.” Executive Director Mary Filardo’s research and organizing has been impactful, particularly in Washington, DC. In my previous organizing with LILAC, as well as a group doing work on a People’s Master Facilities Plan for school infrastructure in Philly, we were actually in touch with Filardo. She is very generous and knowledgeable and would be a great panelist for a future event.

American School and University Magazine does original reporting on school facilities news for both K-12 and higher education. I signed up for a newsletter and get them in my inbox. The Reportcard for America’s Infrastructure has an education feature that’s pretty comprehensive, though I don’t know how clear a picture it paints since spending contexts differ so much from state to state. They also have a good interactive map. Pair this with the US Green Building Council resources and the American Society of Heating, Refrigerating and Air-Conditioning Engineers (ASHRAE) detailed reports specifically looking at school buildings, you’ve got a good amount to work with for green school infrastructure. On the organizing side, while the Debt Collective has mostly focused on cancelling student loan debt in higher education, they’ve also done research and organizing on school district debt, of which a good chunk goes towards facilities. My good friend and Debt Collective organizer Jason T. Wozniak’s work addresses both issues, practically and theoretically.

Marialena Dawn Rivera‘s work is the best and most up to date critical research on national school infrastructure I’ve found. She uses critical policy analysis and fiscal sociology to understand school facilities financing from the perspective of equity, oppression, and struggle. I’m digging into her 2017 report that reviews the literature and looks at five case studies, and a 2018 article on the privatization of government school facilities contracts. This all comes from her dissertation. There’s a whole world of sources, information, and statistics in her writing that I’m going through right now. Here are some highlights.

In the report, Rivera is clear: school facilities finance is understudied. There isn’t a whole lot of research on how this works in the United States. This makes sense to me. Since the beginning of my researching school finance as a socialist, I’ve noticed that when people writing and thinking about school funding say ‘education finance’ they’re talking exclusively about operating costs. This is year to year stuff like salaries, textbooks, etc. Those costs are financed by grants that come from taxes.

But as Rivera notes, school funding is bifurcated. There’s operating costs that come from tax grants and capital outlays for big construction projects on school buildings. Those outlays are financed through bonds: loans that come from private credit makets. That side is rarely talked about and it’s so amazing to finally have a scholar making this point and citing a source for it. But Rivera goes further and takes a critical position on the whole situation.

To do this, she cites a handful of sources, one of which is Mary Filardo and 21st Century School Fund. The other is an interesting looking textbook by Brimley and colleagues that I want to flip through more, *Financing Schools in a Climate of Change.* (I don’t think they mean climate change, lol.) The perspective in this book, as well as in Rivera, is that while financing infrastructure through debt service, like bonds, is so common as to be unremarkable, it nevertheless is controversial and problematic.

Rivera includes a great quote from that textbook that I think the Debt Collective would enjoy in particular: “it is a false economy to indebt school districts for long periods of time, with excessive interest costs.” Yes! Although instead of a ‘false’ economy we should just call it exploitative and oppressive!

Focusing on how some states limit how much debt a district can take out, they go on to state the ‘paradox’ of debt-driven infrastructure financing:

It is paradoxical to provide adequate funds for current expenditures for all districts and then deny some of them good educational programs because low assessed valuations and state-imposed limitations on debt-service maximums limit their fiscal ability to provide satisfactory facilities. (p.23)

Amen! I think that insight holds not just for debt maximums, but debt-financed infrastructure generally. And rather than a paradox, as a socialist I’d call this practice of prohibiting proper public school finance a contradiction of capitalism. If there were an economy of worker-owned cooperatives that made decisions about school financing, would they choose to force districts to face long-term indebtedness under harsh conditions to make sure their school buildings were safe? Probably not.

There’s a lot more in Rivera that I’ll get to in future posts. That’s just a taste. She lays out a typology of policies for school infrastructure, looks at specific cases of Ohio, Wyoming, Massachussetts, and other states. I’ll do posts on those later.

For now, I wanted to switch gears to end this post. What are some initial socialist thoughts on school infrastructure finance? The little insight above about a contradiction of capitalism is a start. Instead of using terms like paradox and false economy, we should use terms like contradiction and exploitation. How else should we think about school infrastructure finance as socialists? What are school facilities in the class struggle? A full answer to this is yet another post, but here’s some initial hypotheses:

1) School infrastructure is a kind of fixed capital as David Harvey would say. The school buildings are part of the built environment, the spatiality of capitalism, so our thinking about them should be guided by that categorization.

2) Marx’s famous distinction between base and superstructure, in the original German, is bau and uberbau. Sometimes translators render ‘bau’ as ‘infrastructure’ instead of ‘base,’ and I think that’s punny and interesting. School infrastructure is one of the material conditions of education. It’s literally the base of schooling since the buildings and facilities are where the education, generally speaking, happens. Recently of course we’ve seen online education take off in the pandemic, but that’s a form of infrastructure too.

3) School infrastructure connects to so many key features of the capitalist terrain. I’m thinking of real estate, development, construction and all their attendant taxes, laws, protocols, and politics. I’m also thinking culturally of social reproduction. These facilities are where future workers get their competencies and submission to dominant ideology. But precisely because schools are so important for maintaining dominant relations of production, they’re sites of organizing, struggle, and resistance. The buildings are physical sites of this struggle and always have been. I’m thinking of the campuses where the 1968 actions have happened. I’m also thinking of the toxic schools campaign in Philly, which has targeted Philly’s ruling class by relentlessly pointing to the terrible conditions of school buildings.

More such thoughts on the way! And if you have any specific questions you might want me to address as I dive into this subject, feel free to email me back.

You just read issue #119 of Schooling in Socialist America. You can also browse the full archives of this newsletter.