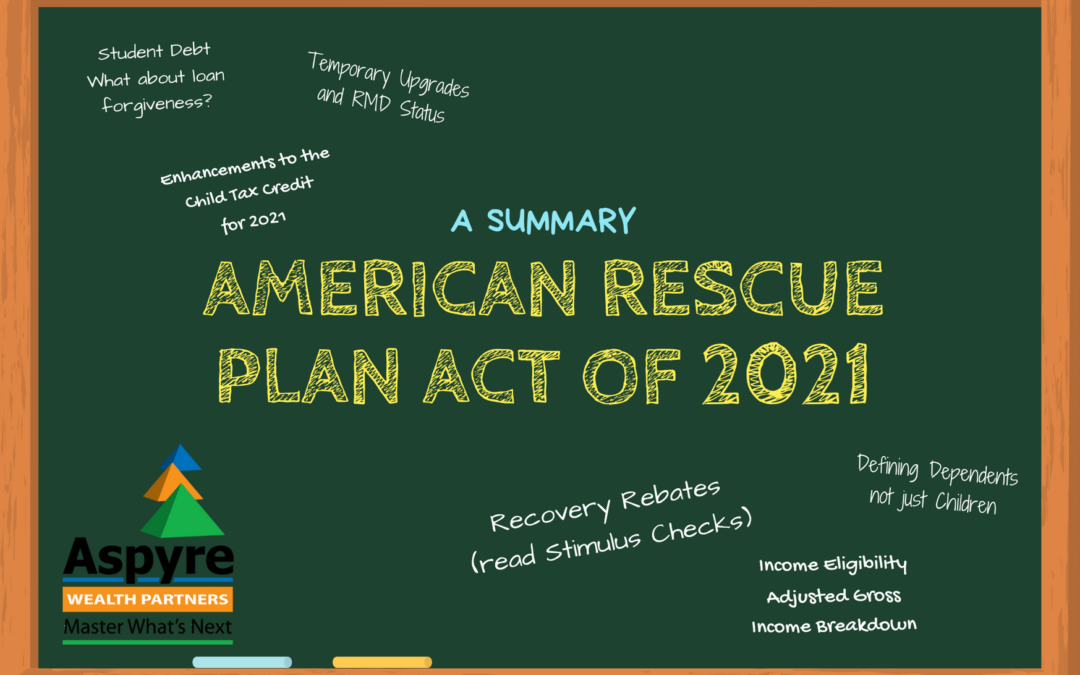 The American Rescue Plan is coming to your town soon if it hasn’t already. The dollars are flowing.

This includes $122 billion for school districts. How does this money flow exactly? What are the conditions for its use? How do we think about it?

Here are some basics that might not be obvious at first glance:

Districts can use the money for a wide variety of things related to safe reopening, but seven percent of the funds have to be used for specific purposes: five percent for interventions to address learning loss, one percent for summer enrichment programs, and one percent for comprehensive afterschool programs.

Other than that it’s pretty open. Sort of.

States to LEAS & Title 1A

I’ve done some writing on Title 1A in the past. My basic takeaway was that the funds are allocated based on four formulas, which, at their root, use the number of children in poverty and state effort to calculate how much states and districts gets. The ratios of that authorization matter more than the total amount present for Title 1A.

One thing I learned recently is exactly how much the authorizations matter over the appropriations. If the Federal government appropriates more, then districts do get more but relative to their authorized amount. 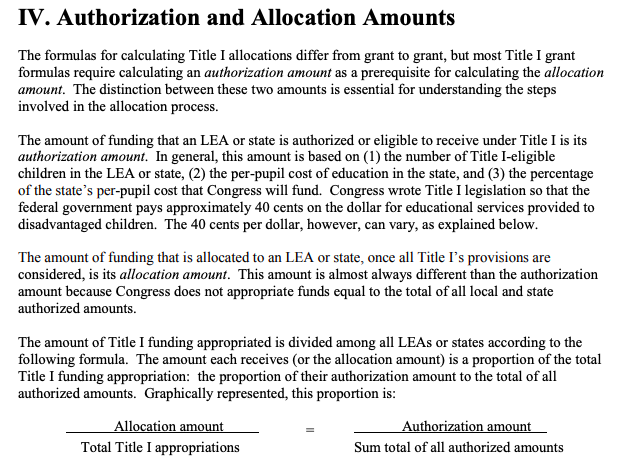 This is why the amount each state gets varies widely. Vermont, with very low poverty and low population, is getting about $285 million. On the other hand, high poverty and high population California is getting $15 billion.

But don’t be fooled. It’s not as though cash gets dropped into districts’ accounts like stimmies. Rather, districts will be reimbursed for expenses related to safe reopening and those reimbursements can be up to the amount you see there.

That funding is available for four years, which is better than the two years attached to previous relief funds.

The case of Pennsylvania

As usual, this is a very state-by-state thing. I’ll look at Pennsylvania, specifically Philadelphia where I live.

The Philly school district is getting $1.1 billion of Pennsylvania‘s nearly $5 billion allocation.

The district is planning on using $325 million to expand safe school infrastructure, making the capital investment $2 billion in five years. We need $4.5 billion, but it’s a start.

Here’s a look at how the Federal funds will mix with everything else in the District’s budget planning.

You can see the big jump in spending comes in 2022, and phases out to zero by 2026. That’s because the money runs out by then. Which gets me a final point.

We need a structure, not a savior

This money is a good thing. But it’s not a new structure of school funding. We need a structure that provides this kind of relief permanently. What would that look like? I haven’t seen any proposals from the supposedly non-neoliberal Biden administration.

This one-time payment broaches the question of what it would take to have this kind of revenue all the time. I’ve suggested tax sharing as a non-revolutionary model. I’ve been reading about Vermont’s Act 60, which, during 1998-2001 is interesting too.

But what about a revolutionary model? What would we want? I think we’d have to move to an Illyrian socially-owned property system, which I’ve gestured to before but still need to really unpack.

You just read issue #98 of Schooling in Socialist America. You can also browse the full archives of this newsletter.