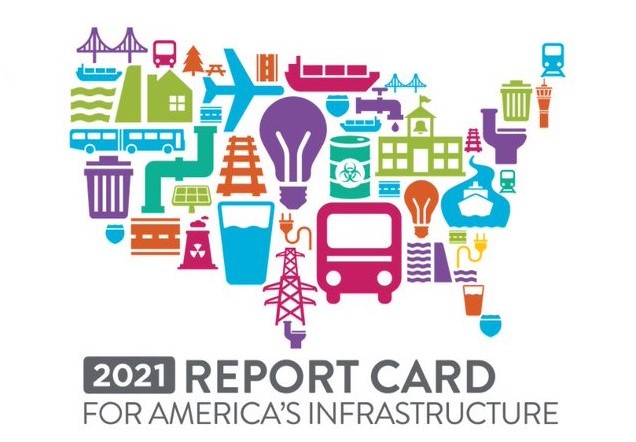 A comrade asked me a question recently about school infrastructure reimbursements. He’s interested in knowing whether there are models elsewhere in the US for ‘good’ programs where schools get what they need from the state when it comes to updating their school buildings.

Financially, this question is about capital expenditures: when districts take on big one-time projects to maintain their facilities like HVAC, heating/cooling, building updates, etc.

When a district spends on infrastructure, it typically takes out a loan by selling bonds to anonymous cabals of ruling class people in the municipal bond market. The ruling class loves this market because it’s tax free. They can park huge sums of money in these loans and make money on the interest payments and without getting taxed. Plus it’s really hard to find out who has what money where, so there’s basically no accountability.

The district completes the project using the loan money and then, if there’s a good program at the state level, they get a reimbursement from the state. Usually this reimbursement is only part of the project’s cost. So the district’s on the hook for some of the funds, but the state takes care of a percentage.

That’s the way it used to be in Pennsylvania. That is, until the infamous Corbett cuts in the wake of the 2008 financial crisis. Then the reimbursements stopped. They briefly picked back up again when Gov. Tom Wolf opened up the list, but–weirdly–he changed the way the reimbursements were financed. It went from the state’s General Fund to bond issuance facilitated by the Commonwealth Finance Authority.

Not only did Wolf do that pretty significant switcheroo, he made it so that only the backlist of reimbursement requests would be fulfilled. Which means no new applications. This system, in a word, sucks. Which is why my comrade asked me whether there were precedents for better systems around the coutry.

What data is available indicates that 53% of public school districts report the need to update or replace multiple building systems, including HVAC systems. More than one-third of public schools have portable buildings due to capacity constraints, with 45% of these portable buildings in poor or fair condition. Meanwhile, as a share of the economy, state capital funding for schools was down 31% in fiscal year 2017 compared to 2008.

Statewide, we are spending $500 million less than the recommended standard for public school facility operation and maintenance each year. Additionally, the school funding debt in Pennsylvania is double the national average and is the second highest in the country. Despite the funding gap, most schools are in good condition with some repairs needed and capacity is sufficient. However, reportedly half of Pennsylvania’s schools do not have an asset management plan for their schools.

The idea that “most schools are in good condition” is laughable when it comes to Philly, but so it goes. In any case, most states are pretty bad. I looked for the states with the smallest gaps and three stood out: Nevada ($52 million gap), Wyoming ($149 million gap), and Nebraska ($292 million gap). My next question was whether these states do something special when they distribute those funds for capital projects. I looked at Nevada. I went down a rabbit hole.

Fear and loathing in school infrastructure

The question is how Nevada’s school infrastructure gap is so low. For that we need to figure if and how the state is involved in infrastructure spending. The Texas State Legislature commissioned an amazing report on how states fund school facilities in 2006. I wish I could find an updated version of this report but I don’t think one exists. Some information could still be good, however, so we can use it as a reference. I looked up Nevada and some of the info is good, as corraborated by a 2016 report on the state’s school facilities spending and a more recent 2019 commission on school funding in the state.

Nevada apparently has a Fund to Assist School Districts in Financing Capital Improvements. But the 2006 report mentions that, aside from an appropriation of $500,000 in 1995 in a couple of extreme circumstances, the state hasn’t appropriated anything for this fund. Was that still true in the most recent budget?

Nevada’s budgets are done every two years, and 2019-2021 represents a nearly 12% increase from the previous biennium. I couldn’t find anything about this fund in the budget though, so after some frustration I called the Nevada Governor’s Finance Office. They’d never heard of this fund before and said capital projects were mostly if not all local.

Nevada still has no state-based reimbursement program and districts just do their infrastructure maintenance on their own. The Commission’s most recent recommendations, for example, say nothing about capital expenditure. The 2016 report is more helpful, but it says that the state doesn’t require districts to set aside funds for maintenance and that nearly all the districts didn’t meet industry standards for upkeep in 2014.

I found a couple more tidbits of note. Nevada doesn’t let its school districts impose taxes! The state legislature is the only one that can do this. “Rather, each tax is only authorized for certain school districts based on population size or need.” The report says this leads to inequality, but an interstate comparison shows that this inequality isn’t as bad as other states.

Nevada only has 17 school districts that are co-terminous with county boundaries. That always helps, since it prevents district lines from turning into a racial-capitalist nightmare. Just look at the difference between Nevada and California and Arizona in terms of the number of district lines (Utah’s not terrible, but worse than Nevada). It’s astounding. Not only is there less mess in Nevada, but there’s less inequality as indicated by the relatively lighter colors in EdBuild’s map.

Why might this be? Why would a free-for-all situation end up with a smaller infrastructure gap and less inequality? They could be related! After all this, I can just guess that based on the small number of districts and their inability to tax at will, there is less inequality in revenue generated per district which leads to less of an infrastructure gap? Maybe?

Anyway, at least after this first pass, my answer to the comrade is there’s really no good program that I could find, but I need to look into Wyoming and Nebraska to confirm.

You just read issue #106 of Schooling in Socialist America. You can also browse the full archives of this newsletter.