Hi everyone, I started a Buttondown newsletter account! Here’s my first post on the new platform. Thanks to Jezza and Katherine for suggesting it. 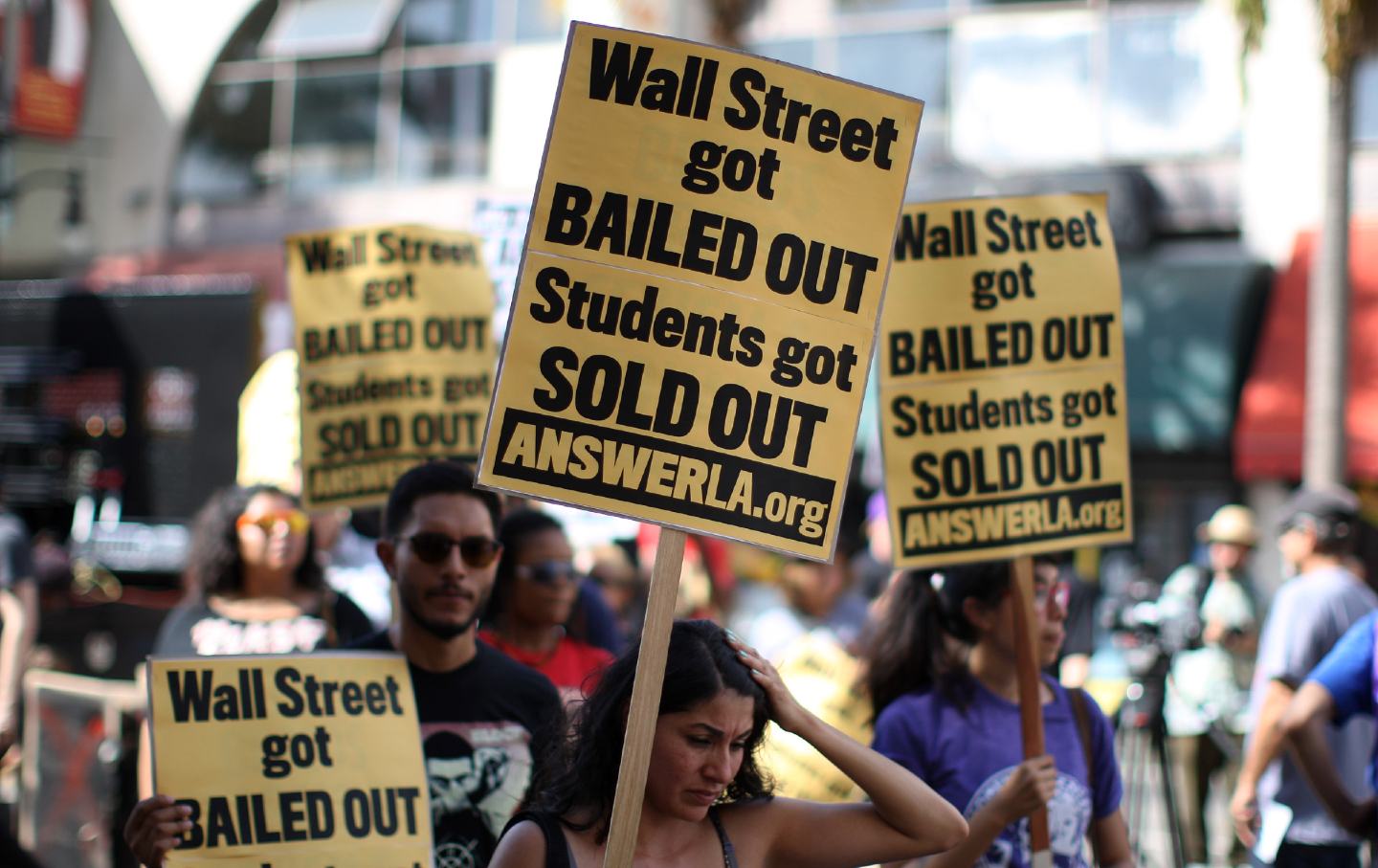 Check this out. Debt organizers around the country launced a Debt Reveal Day today, looking at what they’re calling “the other college debt crisis.”

Students, faculty, and organizers at more than 45 universities participated in a mass revealing of institutions’ debt loads. The numbers are, well, revealing.

Everyone knows about the student debt crisis. And groups like the Debt Collective, Public Higher Education Workers, and Scholars for a New Deal for Higher Education have worked for more than ten years to get these unjust, superexploitative debts cancelled.

(Fun fact, I used to organize with an early iteration of Debt Collective in New York. This involved playing banjo in the subway, at meetings, and for the Rolling Jubillee telethon and singing about debt. Check out 1:45 of this video to catch a 2012 me on stage with a bunch of famous people. I recorded an album of debt songs too.)

Students have to take out debt for a number of reasons, one of the main ones being tuition and fee increases. Universities charge more. Students pay more.

But universities go into debt too because they’re not getting the funding they need to serve students. They pass that indebtedness along to students, and faculty too.

Debt Reveal Day uncovers just how much debt universities have and its impacts.

We could have so much

Take the Pennsylvania State System of Higher Education (PASSHE), for example, where I work.

Organizers focusing on PASSHE have found some astounding things. For instance,10.5% of student tuition and fees go to PASSHE debt.

In the past two years PASSHE Chancellor, Dan Greenstein, has sought freezes of adjunct faculty, over 350 early retirements, and a whopping 113 tenure track faculty retrenchments. Yet without the institutional debts accrued from years of defunding, the 14 schools in the State System could save 846 full-time faculty positions.

In the past year PASSHE leadership has proposed dramatic cuts to courses and programs, giving PA students fewer opportunities and experiences at our schools. But without the institutional debts accrued from years of defunding, the 14 schools in the State System could add 6,770 additional course sections.

Ultimately, this initiative is about imagining a world where universities don’t have to go into so much debt.

The social-democratic response has been to push for policies like College for All, popularized by Bernie Sanders but also demanded by student and faculty movements across the country.

But that’s just the start of things we could imagine. What if university funded structures differed even more dramatically and structurally, like with creative policies from the Federal Reserve? What if universities created their own currencies, for instance?

We could also think about university structure itself. What if universities were cooperatives run by faculty and students?

The debt reveal gets us thinking about these kinds of possibilities.

You just read issue #97 of Schooling in Socialist America. You can also browse the full archives of this newsletter.