Humane Ingenuity 41: Zen and the Art of Winemaking

Here are sixteen "sketches of a 3D printer by Leonardo da Vinci," as envisioned by AI using those words as a prompt:

By Rivers Have Wings and John David Pressman, using a CLIP-guided diffusion.

Multimedia essays from the Plant Humanities Lab were recently posted and are worth a look. These pieces use Juncture, a new open-source tool developed by JSTOR Labs that provides a scholarly version of the scrollingtelling that has become common in more mainstream media since the New York Times published "Snow Fall: The Avalanche at Tunnel Creek." Interactive maps, archival images, and text are blended into a compelling narrative about specific plants, and behind the scenes the PHL connects to repositories of data, art, books, and articles about those plants, including WikiData, JSTOR, Artstor, and the Biodiversity Heritage Library.

All of this tech is in the service of rich narratives about the origins and cultural roles of plant life. Despite the variety, there are common themes: the loss of biodiversity; how commerce and cultural exchange have been global for millennia, not just decades; how imperialism made those interactions extractive and deeply troubling; and yet also how indigenous cultures and profound local knowledge have managed to shape all of our lives, food, art, and beliefs.

A good place to start is with the strange history of the banana, as illustrated by Ashley Buchanan in one of her Juncture-powered PHL pieces.

The alphabet of banana varieties

Wine is one of the oldest plant derivatives. A year ago, at the lowest point of the pandemic, our family decided to try our hand at making wine. We had several hundred pounds of grapes shipped to us from the West Coast. What followed was great fun; I heartily recommend the entire experience, from pressing the grapes to bottling.

There were a lot of steps in between, but there is really not that much to making wine — is it, after all, just the fermentation of grape juice. However, small chemical traits and decisions can change the profile of a wine dramatically. Little additions the size of a thimble in a large barrel might radically alter the ultimate composition.

In addition to the reds we made from Zinfandel grapes from Sonoma, we made three batches of Chardonnay from grapes grown near the Columbia Gorge in Washington, and we altered each batch with minute variations: one using a common American yeast, one using a rare yeast isolated from the Rhône Valley in France, and a third in which we added a secondary process, called malolactic fermentation, using bacteria from Oregon. Remarkably, even though 99% of the liquid is the same in each batch, they taste subtly but noticeably distinct. Much of this comes from the differing balance of three acids — tartaric, malic, and lactic. Malolactic fermentation, as the name suggests, transforms malic acid into lactic acid, and the taste from a sharper profile into a rounder, milkier one. (Yes, lactic as in milk.)

As with all of our contemporary pursuits, apps and computational methods are available to guide you. You can fill digital notebooks with measurements and analyses of the acids, sugars, and other chemical properties of the juice. If you really want to nerd out, you can download gigantic spreadsheets that allow you to tweak those properties through extensive calculations.

But winemaking is instructive in our technological age because it pushes back against these algorithms. It may be chemical, but it also feels alchemical. The long time horizons of winemaking — it takes a year or more to assess how your handiwork came out — delays and clouds your knowledge, and renders the math uncertain. Winemaking requires decades of trial and error to become truly proficient, and one must accept that not everything can be completely controlled.

Relax and turn off that computer. In vino, mysterium.

Another pathway to zen: place a raindrop anywhere in the United States and watch where it ends up, and how it gets there through streams and rivers.

The immediate value of these models is often not to mimic individual language understanding, but to represent specific cultural practices (like styles or expository templates) so they can be studied and creatively remixed. This may be disappointing for disciplines that aspire to model general intelligence. But for historians and artists, cultural specificity is not disappointing. Intelligence only starts to interest us after it mixes with time to become a biased, limited pattern of collective life. Models of culture are exactly what we need.

This is exactly right, and well put. In a prior issue of this newsletter, I've called this experimenting with "stereotypical narrative genres," and as a historian, it's useful. The computer, by providing limitless examples of a "style," can help us see the contours of that style, its peculiarities of language use and in turn its cultural context and connections.

["Mapping the Latent Spaces of Culture: To Understand Why Neural Language Models Are Dangerous (And Fascinating), We Need to Approach Them as Models of Culture," by Ted Underwood.]

Alvina Lai on the video game Spiritfarer, which has an unusual character...

...the Collector, a well-dressed, finicky walrus who goes by the name of Susan. When the player first meets Susan, she describes her distaste for the collection of “junk.” Nonetheless, Susan is the in-game collections achievement tracker, and will reward the player for finding objects throughout the game. While Susan is a minor character in-game, “collection management” is a real-world profession integral to museums, libraries and other curatorial institutions of all themes and sizes. This post will discuss Susan’s role and her views on collecting, and compare Susan and her ideas to real-world institutional collection management practices. In comparing real-world collection practices with those in Spiritfarer, I hope to show how Spiritfarer’s “reconstructive” storytelling and its collection mechanics can help shed light on the memory function of collection management policies and practices of libraries and museums. 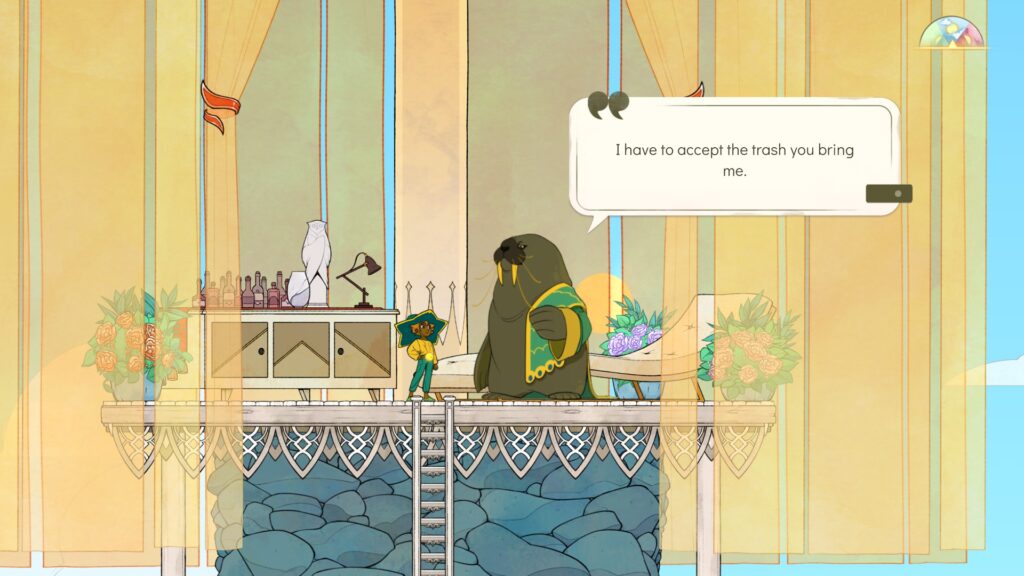 You just read issue #41 of Humane Ingenuity. You can also browse the full archives of this newsletter.