Humane Ingenuity 33: Bring Back the Color

A visualization of the colors of the objects in our lives over the last two centuries:

Cath Sleeman took the digitized images of household and commercial artifacts in the Science Museum (UK) and distilled them down to the colors of their pixels. This process ended up documenting the loss of colorful items around home and work spaces, in favor of objects covered in more drab shades of black and white. Spunky colors like red and yellow, once very prevalent among objects of the Victorian era, have been nearly pinched out of existence. On the positive side for those who enjoy more expressive colors, purple and blue, once rare, have made some progress in material culture since 1960s, and especially since around 1980. (Hypothesis: Prince.)

As Sleeman notes, the shift in the palette we see in our artificial environments is due in large part to the rise of plastic, and the related decline of wood, leather, and other natural materials. But there are also aesthetic choices at work. For instance, phones used to come in colors other than black and white:

(This child of the 1970s can testify: that shade of green was very common, as was that orange.)

This technique could be extended, with results that would be equally interesting, in other areas. For instance, you could create a color timeline of our clothing using the digitized images of fashion across the centuries.

The Science Museum has engaged in a number of fascinating experiments recently using the collection they have digitized over the last few years. I briefly highlighted another one of these experiments on social media last week, and an extremely large audience ended up engaging with it. It is worth understanding why the post I will mention shortly went viral, as I think it says something about how we have lost our way on the internet because of social media.

I will not recount here the many ways in which Facebook and Twitter and their ilk damage discourse, fracture society, etc.; newspapers are filled with the evidence, and op-ed pages jeremiads. Instead, I want to revisit what made us like the internet before it became synonymous with these large social networks.

The first decade of the web, in the 1990s, was filled with strange encounters and serendipity. Yahoo! was a ridiculously named web directory (the exclamation point was the cherry on top of the ridiculous sundae), but it also, in a perhaps cloyingly jocular way, expressed fairly well the feeling of diving into the young internet, which was then a random sea of the unexpected. Yahoo!’s founding metaphor, in addition to this diving, was fishing, suddenly catching something new or helpful by clicking on a link, and the delight that engendered. Witness Yahoo!’s initial TV ad: 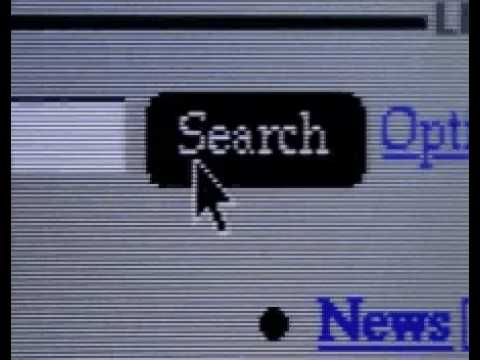 In the same vein, there used to be a popular service called StumbleUpon, which took you on a whim to the distant corners of the internet.

The RSS feed, gloriously unencumbered by algorithmic interference and now lamented in its dormancy, was also an engine of serendipity. Yes, subscribing to hundreds of RSS feeds meant that your Google Reader was often filled with irrelevant or boring things. But it also frequently rewarded you with that occasional gem of writing or thought, or an introduction to a topic unfamiliar to you, all without some computer math to guide your eyeballs to the same video clip everyone else is currently watching.

We all know what happened. Really, it is not that complicated. In the ad-fueled rush to provide you with More of the Same, and Views That Match Your Own, social media pinched the oddball reds and yellows out of our digital environment, and filled it with an oppressive expanse of blacks and whites. Is that what you originally logged on for?

Which is why the Science Museum’s experiment “Never Been Seen” is so interesting — and the reaction to it in many ways reaffirming of the internet past, without seeming nostalgic. Never Been Seen simply took a list of objects that the museum had digitized and put on the web, but had zero page views, and served them up, one at a time, to individual virtual visitors. Obviously, the objects had been seen by museum curators and other staff, and probably some researchers too, so the name of the service was imperfect, but the effect was electrifying for many web surfers now unconsciously used to the herding of social media.

I wrote a short post about Never Been Seen on my personal social media site (social.dancohen.org, which is powered by the great Micro.blog, go get yourself an account right now), and from there it propagated its way to other places. On Twitter, the post went viral and from what I can tell, about 50,000 people clicked through to Never Been Seen and were served an awaiting object by the Science Museum. People loved it.

The positive reactions to these serendipitous encounters should tell us something, as should the psychological framing and clever coding by the museum’s digital team. Visitors to Never Been Seen are first shown a highly pixelated version of the object, which maximizes the anticipation. And then, since the museum has such a broad and often bizarre collection of items — including a significant number of icky old medical implements as well as duds like rocks and bricks — there was a Monty Hallesque reveal. Behind the curtain could be a new car, or a goat! Some people were thrilled and some were disgusted and some were confused. Many were curious to learn more, and read on about the object. A remarkable number of visitors thought the item they got was perfect for them — the museum, magically, had an uncanny understanding of what they might like to see.

(“Three-dimensional model of electricity consumption in Manchester, 1954-55,” The Science Museum, CC-BY-NC-SA 4.0, one of the Never Been Seen objects that delighted a visitor.)

In short, this reminds us that despite two decades of social media suppression, there’s still a latent, and currently unsatisfied, yearning for the truly surprising, unusual, and unique.

So let us find new ways to encounter new things, maybe things that are just for us and not for our friends too or peer groups or whole social networks. Not What You Were Looking For things. Sometimes we need to be caught off-guard, not by some algorithmically blessed engagement sparkle, but by something richer and out of the blue. And we cannot fully anticipate what we will find thrilling, and neither can the machines.

A catalog of such magical services would be helpful. I’ll start.

(No kidding, I received a painting by a Cohen, no relation)

That is a generous little text bot from Anule Ndukwu that will send you a random piece of art from the Art Institute of Chicago. As she writes, it was “Inspired by Covid-19 museum-trip nostalgia, and many afternoons playing hooky in the modern wing.” Yes!

I would love to hear from HIers about other examples of this serendipitous matching, and will include them in a future issue.

(Related: Read Nikhil Trivedi’s announcement of the Art Institute of Chicago’s new API, and its many possibilities, from earlier this week.)

Lorie Emerson and her Media Archeology Lab have been experimenting with slowing things down over the last few months. For instance, as part of a series on “slow networks,” they have tried to recreate Zoom using 300 baud modems and 1990s tech. The results are an alternate timeline of tech, bordering on steampunk, but with devices from a much more recent era:

A follow-up from HI32, courtesy of HIer Emery Marc Petchauer: If you liked wandering virtually through the Yorkshire woods with audio from the British Library, you might also like Sounds of the Forest:

We are collecting the sounds of woodlands and forests from all around the world, creating a growing soundmap bringing together aural tones and textures from the world’s woodlands.

The audience for this newsletter has grown recently thanks to my friend Alan Jacobs, who very generously included it on his list of newsletters that he enjoys. Let me return the favor and recommend Alan’s newsletter, Snakes & Ladders, which is always filled with the unexpected and delightful, and is good companion reading to Humane Ingenuity. You should also read Alan’s books, which are incredibly thoughtful guides to engaging with literature, ideas, faith, and (perhaps most challengingly) other people.

And finally, let me also recommend Seb Chan’s newsletter, Fresh and New, in which I discovered Never Been Seen.

You just read issue #33 of Humane Ingenuity. You can also browse the full archives of this newsletter.