Traveling is catching up with me. It’s exhausting, in all the ways. I’ve been traveling constantly this Fall (with a week here and there of being home. I’ve been business traveling for - let’s see, starting in 2006 at RedMonk… let’s round up a little bit and minus out the two years I parked myself in Austin at Dell - 12 years.

The work is valuable and good, and it drives a tremendous amount of my work. But.

I’m not sure how one shifts from that, when being a “road warrior” is your job and to a significant extent part of who you are. I mean, like what, I could manage people (ugh) and/or just sort of write copy in my pajamas (does that pay anything?)? I become a Zoom-head.

This is all just to say, that’s why I haven’t been sending these out in a while.

This week’s Software Defined Talk: The annual team meetings are rolling around - what should you be doing and expecting from them? Also, we discuss what a big contract like JEDI can mean for a vendor, and also what those whacky developers are up according to a survey.

At long last, episode two of Misaligned Incentives. I wanted to get someone who works with “partners” to make sure we weren’t insulting. They said it was fine, so here it is!

Related, the recording our talk from SpringOne Platform is up. It’s pretty good! 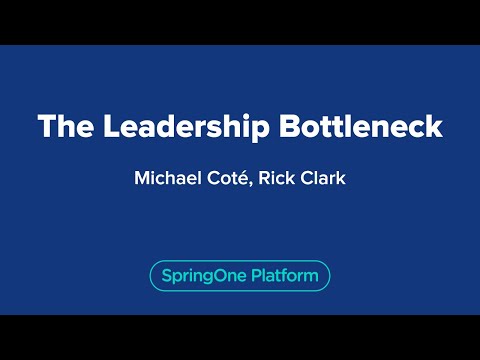 Never-minding the actual story I’m taking this out of context from, but… Not sure what to do with this, but it’s an interesting thought about believing someone can get better rather than just being stuck in a loop of bad behavior:

“It’s an obvious question as to why the rules that he’s going to apply in the future didn’t apply in the past. All this was foreseeable … You can’t say, ‘He did nothing wrong,’ and, ‘He’ll never do it again.’ Those things don’t go together.”

We do this in American culture a lot: we assume that people can’t change. Then we layer an even more sophisticated cement around the possibility of them improving: The System contributes and enables them to be bad, and that can’t be changes, so just write off the person as bad.

In the introduction, Figes calls his project “an exploration of the railway age as the first period of cultural globalization,” an international history that “looks at Europe as a whole, not divided into nation-states or geographic zones,” and considers “the arts as a unifying force between nations.” His overarching concern is to show how, “in ways beyond the political control of any nation-state, the great technological and economic transformations of the 19th century … were the hidden motive forces behind the creation of a ‘European culture.’” … Figes is impressively thorough when it comes to cataloging the railway era’s many notable achievements. For the most part centered in cosmopolitan Paris, these advances include the emergence of portrait photography; plein-air painting; Impressionism; Orientalism; the world’s fair; the one-man art exhibition; the realist novel; the penny dreadful, short story and serialized roman feuilleton (three forms particularly well suited to consumption on train trips); the railway station bookstore; the grand opera (“a revolution on the stage”); and the Gesamtkunstwerk (a countervailing “revolution on the operatic stage,” begun by Richard Wagner to free German music and drama from the “monstrosities” of French civilization in general and the grand opera in particular).

“The Europeans” also chronicles the rise of the public library; the café-concert; the casino; the international spa vacation; the travel industry; the tourist guidebook; the museum guidebook; the celebrity biography; celebrity branding (which began, Figes argues, with corporate sponsorship for the tours of virtuoso pianist-composers like Franz Liszt); “the modern system of selling books by mail or telegraph order (a sort of 19th-century Amazon)”; the piano as a ubiquitous home-entertainment fixture (“no other medium was so important to the dissemination of the opera, choral and orchestral repertory until the invention of the phonograph and the radio”); the Grand Tour “as a means of intellectual betterment”; “writers’ homes and literary landmarks” as tourist attractions; and artists and writers as national heroes and international superstars (not to mention canny entrepreneurs and tireless self-promoters).

From “How Modernity Came to Europe.”

This excerpt doesn’t really do it, but if you’re interested in the psychology of organizations that don’t change - that don’t feel the sense or urgency or shame needed to do the work of improving - there’s something going on here that’s an example of those good, but complacent feels:

For many of these staffers, the campaign feels like it should be a coronation. Joe Biden 2020 isn’t a labor of love or ideology. It’s about the proper order of things. It’s about who’s entitled to what. It’s the vehicle by which the Democratic Party Establishment arrives once more to power, the displaced Obama and Clinton professionals reinstalled at the levers. If the Republic is spared in the process — which everybody genuinely wants, sure! — that’s a plus. And it’s great branding. When it comes to the enthusiasm voters wear on their sleeves for Warren or Sanders, the Biden campaign strikes a cool, dismissive pose, as if it could be believed that a candidate for president weren’t preoccupied with such metrics.

If you’re into US politics, read the rest.

You know your software methodology has won once you start saying that people were never supposed to actually follow it literally, step by step, without adapting and evolving it to specific needs and contexts.

From “‘OK Boomer’ Marks the End of Friendly Generational Relations”:

“We’re not taking a jab at boomers as a whole — we’re not going for their lives,” said Christopher Mezher, 18. “If it’s a jab at anyone it’s outdated political figures who try to run our lives.”

“You can keep talking,” Ms. Kasman said, as if to a boomer, “but we’re going to change the future.”

I mean, I’m a “gen X’er,” so my take is more like: “yeah, sure. Whatever. Did you expect more to life than that? Oh wait, I get it: you expected to expect a good life. Adorable!”

If the boomers unknowningly and smugly fucked things up, us 90s people are the ones who knowingly didn’t give a fuck cause it seemed impossible to fix. We had that little, No Logo moment where we threw bricks into McDonald’s windows and hung from street lights to fight the global capitalist octopus…but then we just let the dot com days and 9/11 erase that sentiment of rebellious optimism. We’re a very Nescio-ian lot.

(You could argue that we had a wonderful moment of cashing in on our 80s PC training and we widened the definition of human to include non-white, straight people. And that we helped decriminalize pot. The first is actually a big deal, of course - one that I think we tend to ignore and forget in the face of the backlash we’re suffering through now. But, boy, to that point: we really fucked it up after all that that.)

Good luck to you new generations! (Please let us hang out the don’t disturb sign and fade into history.)

Welcome to capitalism: good luck! And, related analysis of Eastern Europe. Two looks at a specialized type of sales support, even “devrel,” you could call them “field CTOs,” “strategists,” or whatever: the role helps customers create the working environment that makes your product successful. “This is your life and every breath you take is killing you.” I got some new head shots at the team meeting; one is good-normal, the other is…weird? As it says, internal memos are a rare glimpse into how organizations actually operate. People still want to talk to enterprise sales reps. Only 90s kids will understand.They sound like charming people (translate it from Dutch). “[A]sleep and drooling.”

HELP ME, HELP YOU, HELP ME 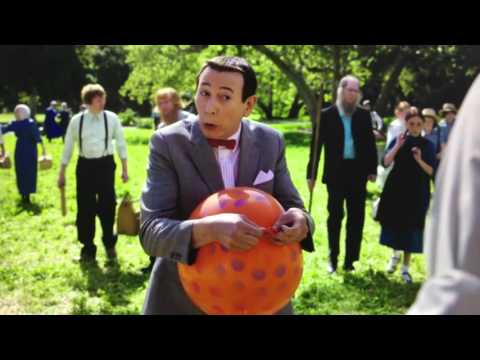 We’re up to 216 subscribers here - that’s fun and gratifying! Thanks for caring. If you’re actually reading this far, it means you must like it. You should forward this to other people to recommend it to them - or a better issue of the newsletter. Whatever. Like all people who publish things, I like more readers. I’m not a monster!

You just read issue #111 of Coté's Wunderkammer. You can also browse the full archives of this newsletter.