The Horrible Endgame of the Legislative Attack on Trans Kids 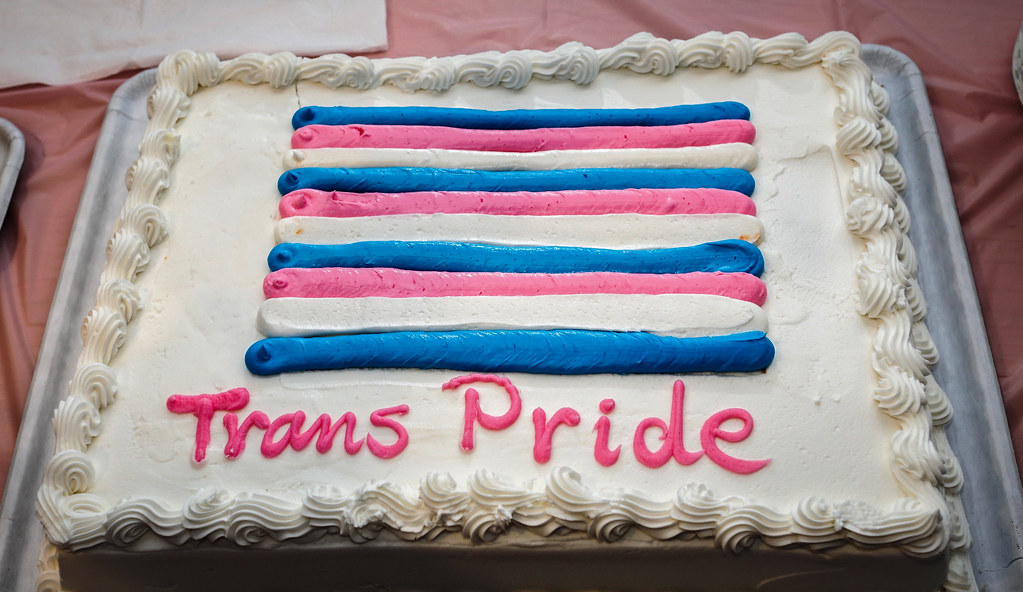 I was privileged to be able to write about the horrendous new wave of legislation that aims to punish trans kids in Monday’s Washington Post. For months now, I’ve been watching this latest coordinated assault with a growing sense of horror at the sheer malevolence of this drummed-up panic about kids and young adults who are just trying to live their own lives. The question I started the Post article with is: what kinds of conversations could we be having about trans kids if we weren’t having to spend all our time arguing against this legislative abuse and all of the misinformation behind it?

We could be celebrating that today’s young trans people are handling themselves so much better than my generation did. We could be discussing the best way to nurture and support these kids as they try to figure out their identities in a world that constantly tries to invalidate and confuse them. We could be feeling lucky to live at a time when so many teens are revealing their full beautiful selves to the world.

The Post article ended up covering a lot of the same ground as my recent newsletter post about the Paradox of Breathing While Trans: the notion that it’s hard enough to figure out your gender identity and the face you want to present to the world as it is, without people putting extra burdens on you. But writing that op-ed for the Post also gave me the chance to educate myself more and talk to more people. I summarized what I had learned in a Twitter thread on Monday, but I wanted to turn it into a newsletter article. So here it is!

Basically, the big takeaway from my conversations with the ACLU’s Chase Strangio, author Meredith Talusan and activist Raquel Willis is: these state bills are starting with trans kids now, but the ultimate goal is to take away bodily autonomy from all of us.

This is true for a few reasons:

As Willis pointed out, the reverse is also true–if trans people have full access to healthcare, that’s likely to mean everybody else has good healthcare too. Trans people are at the center of the fight over universal healthcare, and so much more besides.

I also learned so much from talking to Dr. Jack Turban, fellow in child and adolescent psychiatry at Stanford University School of Medicine, where he researches the mental health of transgender youth. And it was heartbreaking, because he kept saying that if we were actually listening to all the trans kids and adults around the country who are thriving, we would understand that pathologizing transness is not healthy. We’re not centering trans kids and their families in this discussion, so we’re stuck arguing with shadows and the paranoid delusions of right-wingers and pseudo-feminists.

The literature is clear, Turban said. When you affirm trans kids and adults, we thrive.

When you try to “fix” us, then we have terrible outcomes – up to and including psychological distress and suicide.

I also talked to Turban about the NC bill’s insistence that puberty blockers are an “untested” treatment. They’re “off-label,” which is not the same thing – lots of medications are prescribed for different uses than the ones they were approved for. But puberty blockers have gone through clinical trials and the FDA determined they were safe for kids. There have been five studies thus far of their use for trans kids, including one last year that showed they reduced the risk of suicide.

“Meanwhile, clinicians are seeing patients who have extreme distress from their gender dysphoria, for whom access to these medications could be life-saving,” Dr. Turban said. “Transgender youth often have extreme negative reactions to puberty, as their bodies start to develop in ways that don’t match who they know themselves to be.” He pointed to this case study in which puberty blockers made a huge difference.

Anyway, the final few paragraphs of the Post article really express what I want to say, which is: we need to have a healthier conversation about trans kids, one which respects and cherishes them. That means a conversation that’s not shaped by fearmongering and bad data, and by the assumption that “cis is better.” That also means respecting that in most cases, these kids have done a lot of work and soul-searching, and we should support them in finding themselves, instead of trying to crush their individuality.

I’ve got a book out and I’m doing lots of events!

Sooo this is the first edition of my new newsletter — I’ve imported my subscribers and archives from Substack. I might occasionally share a set of links to my recent newsletter posts over there, but all my content is going to live here from now on. I promise my next newsletter post will have some more features, like music I’m loving lately, or book/film recommendations, or links to articles I’ve loved recently. But I wanted to get this one out ASAP, and I have a LOT of my own news to share.

To wit: I’ve published a book! My young adult debut, Victories Greater Than Death, came out on Monday. It’s available wherever books are sold. If you want a signed and personalized copy, Folio Books has you covered. Writing in the New York Times, Amal El-Mohtar says Victories “will refresh and rehydrate you. Funny, tender, vivacious, it focuses on saving the universe by making friends and fighting fascists… This book bubbles over with charisma… [Victories is] a book of conversations and consent, sweet crushes and respected boundaries.”

There are some wonderful events coming up that I would appreciate seeing you at: 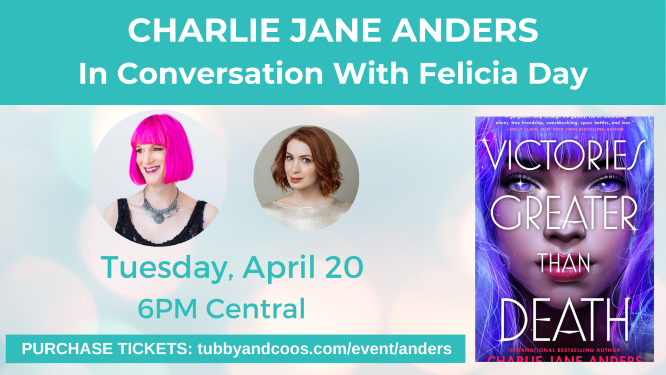 Tuesday, April 20 at 6 PM CT/4 PM PT, I’m doing an event at the wonderful Tubby & Coo’s bookstore, where I’ll be in conversation with the amazing Felicia Day. You must buy a copy of the book to attend this event, but otherwise the same stuff applies as with the Books Inc. event: you’ll get the beautiful phone grip, and if you order your ticket by Monday night, you can also get the pin and the art prints. RSVP here.

I wish I could come to your town and sign books at your local bookstore right now! But since we can’t do that yet, I would love it if you could come hang out with me and these other amazing people at one of these shindigs. I promise it will be luminous and salubrious!

You just read issue #26 of Happy Dancing. You can also browse the full archives of this newsletter.