🔸 The Cantata Newsletter: Wrapping 2020 with a New Dev Video and Blog Post!

As 2020 nears its end, I also just wanted to give an extra extra thank you to everyone here that has supported the game throughout the year. Talking about it on social media, telling your friends, wishlisting on Steam, sending me emails, etc. It’s hard for smaller strategy games to stand out against the behemoths like Civilization and Paradox’s grand strategy titles, so knowing that I have the support of you all makes it much easier to keep going.

We’ll have all sorts of fun news to share in 2021, but without further adieu let’s look at some new Cantata things!

I’ve talked a lot about modding in Cantata basically anywhere I’ve talked about the game, and I’m excited to finally deliver a video that talks more concretely about the how of the modding system.

I think it’s some of the easiest modding to ever grace a game, so I’m really excited to see what you all come up with. Watch the video below to learn about how to mod in new terrains, and rest assured adding your own units/buildings will be just as easy.

I spent some time doing a more technical post recently on what it means to be able to render obscenely large maps inside of Cantata, so if that’s your jam I highly recommend checking out the following post: 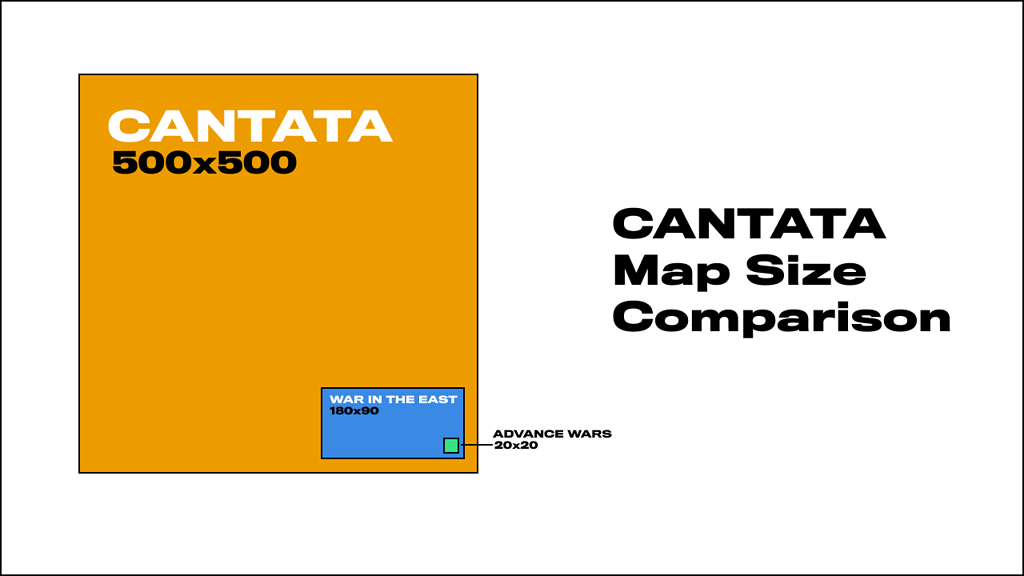 First, an obligatory line about how it has been a while since I’ve posted an update and how it’s because a lot of things are happening that we’re very excited about and can’t talk about yet, but rest assured the game is moving along nicely. We’ve got a video coming out next week that is going to dive into some of the modding capabilities of Cantata, but before that I wanted to write up a little technical post on how we handle the maps from a programming perspective. This post is going to be gea…

A lot of Cantata’s design is inspired by strategy board games, and as may be expected that means I play a fair amount of them. However, one game has eluded me for a long time despite the fact I’ve owned it for a few years: War of the Ring.

Not because I didn’t want to play it, but because I’ve literally never lived somewhere where I could set it up until recently.

I mentioned that I moved out of Brooklyn last email, and where we’re at has more space and a big table. So naturally that meant I could finally play this truly epic game. I may write up a post on my personal blog that goes more in-depth on my experience with it, but for now enjoy a glimpse of this insane game:

And with that we’ll call it a wrap on 2020 for Cantata! To everyone who supported the game this year, thank you! Much is to come in 2021, but until then make merry this holiday season in whatever ways you can. Looking forward to talking to you all next year!

You just read issue #11 of The Cantata Newsletter. You can also browse the full archives of this newsletter.