I’m not sure what the weather has brought to the rest of the reading audience, but here in Maryland, after what had been a rather uneventful period of lukewarm weather, May is full on May, with heat reaching the high 80’s and that unmistakable Delmarva level of humidity in the air.

It’s always a mixed bag for me, as on one hand, Summer has usually meant good things — in the before times, at least — road trips, amusement parks, dips in the pool, air conditioned movie theaters seeing the latest blockbusters. But on the other, the heat and humidity of my dear Baltimore is absolutely sweltering. I recognize, all seasons have their pros and cons, but I think Summer has always been the combination of high highs and low lows.

Yes, I recognize the proper season of Summer is not for a month or so still, but the feeling in the air this past week is unmistakably that season. Add the fact that I will probably be making my triumphant return to movie theaters next weekend with the release of A Quiet Place Part II, and it’s feeling even closer to the season.

Thing #1: Why Not Delete Everything?

The modern era is definitely one which invites us, regularly, to share everything to my friend and yours, The Internet™. Eat something cool? Post about it. Buy something rad? Post about it. Seeing someone? Tell the world. Broke up? Make some posts.

But Shannon Keating at BuzzFeed News landed upon a notion I think more and more people will be arriving at as we consider the totality of this “always online” world…why not just delete everything?

The pandemic has robbed us of many months’ worth of precious IRL moments with our loved ones, making us more reliant on the internet for community and connection than ever before. When you’re unable to travel to see family or friends on other sides of the country or the globe for months on end, WhatsApp group chats and weekly Zoom calls have become essential tools during a lonely and terrifying time.

But being so dependent on our devices also comes at a cost. Having to socialize almost entirely online has meant most of us now know far more than we’d like to about our neighbors’ and old classmates’ bad political opinions — not to mention their clandestine indoor parties and questionable pandemic vacations. And, to the detriment of our mental health, it has also meant an increase in doomscrolling. Perhaps you’ve used social media to shame others for their careless pandemic behavior; perhaps you’ve been shamed yourself. Meanwhile, throwback features remind us of parts of our past that might be embarrassing or painful: Facebook surfaces a photo of you with your friends in a bar last year, maskless and carefree, and you feel a stab of sadness for how things once were; your iPhone reminds you that you were once married to someone with whom you no longer speak, or that you previously held opinions you’re now ashamed of.

It makes complete sense, then, that some people have decided they’ve had enough.

For what it’s worth — I use Jumbo Privacy to have all my Tweets, Instagram posts, etc. self-destruct after 30 days. And they all get backed up to my iCloud account.

Thing 2: How Do You Work, When Your Work Takes Something Away From You?

In this era of the global pandemic, few stories have been more interesting, and sadly underreported, than the Herculean efforts of chefs and restauranteurs to maintain their businesses, and keep their dreams alive.

Sean Brock is one such chef, but his story has a twist even more dramatic. He’s slowly losing his sight due to a mysterious disease, and worse? The effects are heightened by stress.

Brett Martin at GQ takes us there.

Brock takes a bite and goes for a little walk away from the plate, as he often does while tasting. “That’s really delicious,” he says ﬁnally, smiling for the ﬁrst time. The cooks imperceptibly relax, like the unwitting subjects of a Columbo interrogation, before Brock turns back with just one more thing: “Should it really be just one piece of ﬁsh?” And the whole process starts again.

Several more versions down the line, Brock removes his hat and runs his hands through his hair and across his face. “I’m about to boot this whole dish out onto East Bay Street,” he mutters. Sensing a break, the other chefs depart. Brock sits down heavily on a stool, traces a ﬁnger along the line of solder that runs the length of the black-walnut counter. “This is the restaurant I’ve always wanted to have. This is the place I’ve dreamed about and never thought I’d be able to open,” he says. “Every person in this building and every person in the public is expecting something big, something important, something impressive,” he says.

Part of the quiet mood tonight, he explains, has to do with the fact that he exploded at his team earlier. The speciﬁcs are already fading, but the effects haven’t. “I feel sick. I feel like I got beat up,” he says. He holds up a hand, swollen and weirdly crooked, to show the knuckle still bleeding from when he punched a wall.

“These dishes we’re working on, I could taste them in my head as soon as I came up with them,” he says. “It’s just not coming out onto the plate.”

And there’s something else. Brock sighs and rubs his eyes: “I haven’t been able to see a fucking thing all day.”

This week’s things have been pretty heavy. So let’s get weird.

Let us chat about the anus, and why we don’t know all that much about it, scientifically.

This is the high quality butt content your Sunday morning craves.

Katherine J. Wu of The Atlantic, take me away.

The appearance of the anus was momentous in animal evolution, turning a one-hole digestive sac into an open-ended tunnel. Creatures with an anus could physically segregate the acts of eating and defecating, reducing the risk of sullying a snack with scat; they no longer had to finish processing one meal before ingesting another, allowing their tubelike body to harvest more energy and balloon in size. Nowadays, anuses take many forms. Several animals, such as the sea cucumber, have morphed their out-hole into a Swiss Army knife of versatility; others thought that gastrointestinal back doors were so nice, they sprouted them at least twice. “There’s been a lot of evolutionary freedom to play around with that part of the body plan,” Armita Manafzadeh, a vertebrate morphology expert at Brown University, told me.

But anuses are also shrouded in scientific intrigue, and a fair bit of squabbling. Researchers still hotly debate how and when exactly the anus first arose, and the number of times the orifice was acquired or lost across different species. To tap into our origins, we’ll need to take a squarer look at our ends.

I saw a video short this week that I thought was really great, and in turn, I knew I had to give it its own call out in the newsletter.

This is Footsteps, a short documentary about the Foley Artists at Footsteps Studios in Canada who toil in a studio to make sure the sounds in movies sound right. Plug in your headphones, and give this your 15 minutes. It’s super fun. 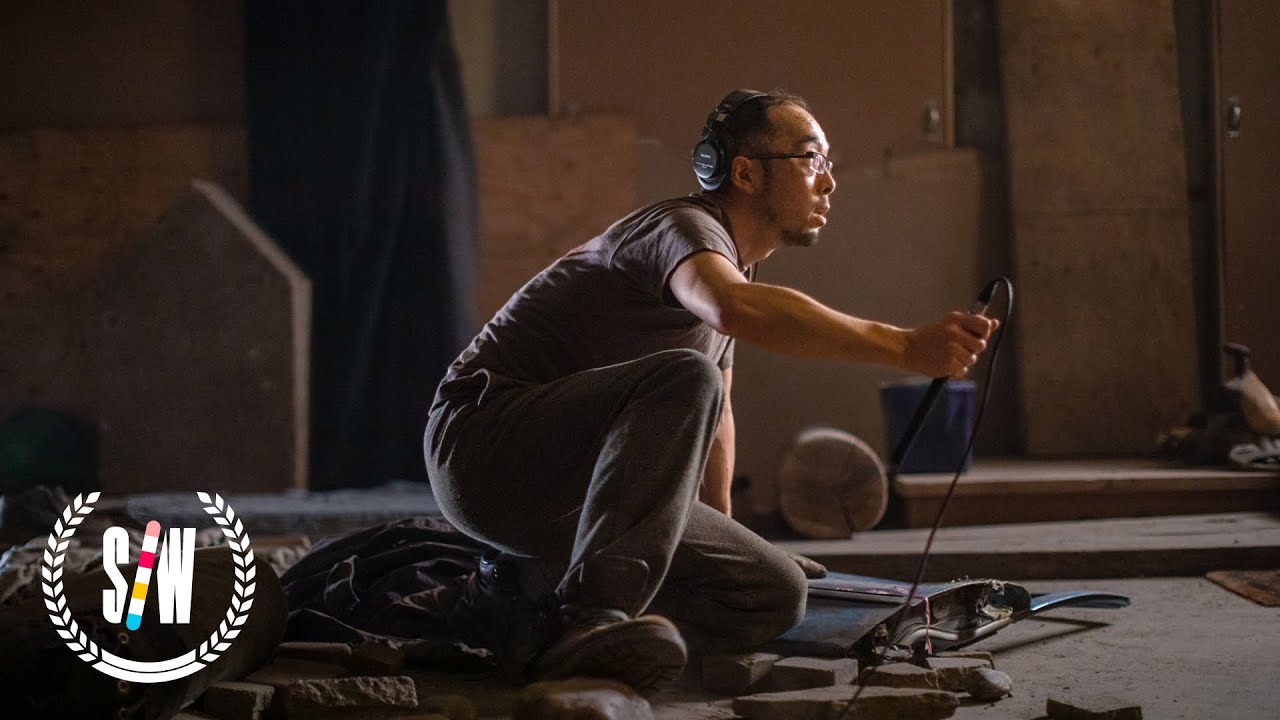 An inside look at the world of the Foley artist. This short documentary is a sneak peek into a unique post-production sound facility located in rural Ontario…

A quick programming note, dear readers — next weekend I will be celebrating my wedding anniversary with my wife (6 years! Dang!), so the blast-o-rama. Newsletter will be officially off next Sunday. I’ll return on Sunday, June 6th, so see you then.

Have a great week, and an enjoyable holiday weekend!

You just read issue #51 of blast-o-rama.. You can also browse the full archives of this newsletter.