As I write this week’s edition of the newsletter, I — like many of you who read this, I’m sure — continue to find myself shocked at the passing of actor Chadwick Boseman, at the age of 43 after a four year long battle with colon cancer.

The shock was on multiple levels. Not only is 43 an incredibly young age to pass, but for an actor who was at the peak of his career, both critically and commercially, how had he kept such a terminal diagnoses quiet? Especially in this age of over-sharing? And then that second wave hit, as you realized how much of his success, how much of his fame, how much of his celebrity arrived as he was fighting the hardest battle of his life.

I’m not going to make up credentials as a fan here, gang — I never took the time to watch 42 or Get On Up, Da 5 Bloods is in my Netflix queue but yet to be watched — so I almost exclusively knew Boseman and his work through his appearances in Marvel films.

What I recognized from the jump, however, was his commanding presence on screen - he was both regal and open. Alive and guarded. Perfect for playing a character of royalty. And when 2018’s Black Panther hit, the sky was the limit. Not just for him, but for an audience watching it who never saw themselves in the world and roles which that movie dictated.

It’s easy to roll your eyes and wring your hands at the way that Hollywood has turned into a franchise machine, but with Black Panther, a historically disenfranchised audience by Hollywood finally got to have something that was theirs.

Growing up as a kid, my favorite fictional character was, unsurprisingly Spider-Man. But it wasn’t just because of his frequent appearances in the comics I lost hours of my life into, it was because as Peter Parker, he faced a world which dictated so much anxiety: bills to pay, loved ones to care for, school to succeed at, and when the weight of the world was about to crush him, he put on a mask, became something greater than himself, and that weight was washed away. He could be more.

As a child (and adult) who has dealt with anxiety, it’s hard to put into words how much that meant to me.

It’s amazing the power of these stories. It’s amazing what it can do to bring people together.

At the time of the release of the film, The Tonight Show with Jimmy Fallon put together a segment where fans got to speak to a camera about what the film meant to them. They were then surprised by Boseman in the flesh. 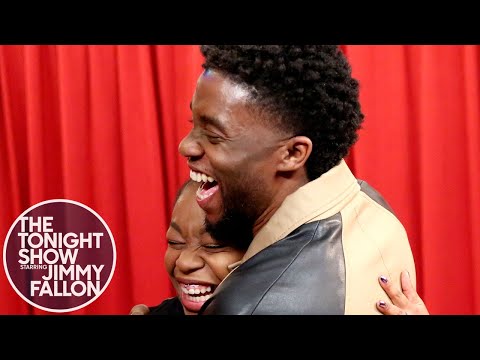 As amazing as that segment played at the time (how often to do we get to see such an open and direct sharing of love from fans directly to creators?), it hits different now. That guy did the work, he made these projects, he gave people that joy and that hope…all while he was in the greatest struggle of his own life. And you wouldn’t know it for one second.

There’s a lot to be discussed, considered and observed about the life of Chadwick Boseman, probably for years to come, but now remember both the joy he brought around the world, and the strength and poise he showed just the same.

Thing #1: An Oral History of Steamed Hams, Localized Entirely on The Internet

It probably comes as no shock that I am a massive fan of the prime years of The Simpsons. It’s an undeniable influence on my world view and sense of humor, it’s how I’ve met countless friends (it’s amazing how quotes from The Simpsons act as almost geolocation for likeminded folks), and revisiting it on Disney+ has underlined how great a show it was for, oh, the first 10 years.

One of the more revisited bits of Simpsons ephemera is the “Steamed Hams” segment from the classic episode, “22 Short Films About Springfield”. 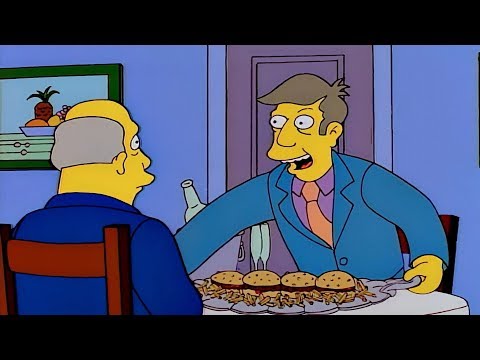 It’s two B, maybe C-Level characters having dinner together, and somehow, it’s both one of the funniest scenes of the show, full-stop….and has become an endlessly revisited meme in recent years.

24 years after its airing, Brian VanHooker at MEL Magazine has rounded up the writers of the scene to analyze how it came about, and also its legacy now. It’s the best type of television and Internet ephemera you’re going to ready today.

Oakley: As for the whole thing with “steamed hams” and “steamed clams,” I just needed a phony lie that rhymed. I actually didn’t know at that time that steamed clams was a real dish and then steamed hams just seemed like a preposterous, half-assed lie.

So I turned in the segment, which was by far the longest one in the whole show, but since I was the showrunner I kind of stuffed it in. Greg Daniels was supervising the writing for this thing, which basically meant that he figured out the right order for the segments to go in and punched some things up. Mine remained largely unchanged, but he did have a couple of changes. Also, Ken Keeler wrote the little song for “Steamed Hams,” that wasn’t me.

The thing is, at the time, I didn’t even know if it was funny. The table read for the episode wasn’t all that successful, but we decided to do it anyway. After it broadcasted, we never really heard anything about it for years afterwards. Steamed Hams didn’t even become a thing until 2016, when some Australian grocery store kept getting calls from people asking for steamed hams.

Thing 2: Why Not The Blockchain?

For years now, I’ve been trying my best, even as a techie-type person both by trade and as a hobby, to understand two things: Bitcoin, and more importantly, The Blockchain.

Ever since the prime era of Bitcoin trading, it seems every time I hear of new technology, the use of blockchain technology comes right along side it, living among equally-as-meaningless-but-important-sounding-words as “cloud”, “machine learning”, and “content”.

It’s not that surprising, then, to read a piece like this by Jesse Frederick at The Correspondant, titled “Blockchain, the amazing solution for almost nothing”.

I’ve been hearing a lot about blockchain in the last few years. I mean, who hasn’t? It’s everywhere.

I’m sure I wasn’t the only one who thought: but what is it then, for God’s sake, this whole blockchain thing? And what’s so terribly revolutionary about it? What problem does it solve?

You, like me, have probably been considering remote learning options during this pandemic. I mean, it’s not like we’re going out anywhere, so why not learn something new?

Unsurprisingly, those searches very quickly lead to ads — on every discernible platform — for Masterclass, a paid online learning program where you can learn amazing things from amazing people. Why not learn how to write from Neil Gaiman, or how to be funny from Steve Martin, or magic from Penn and Teller?

But is it worth the $15 a month? And what do you really get anyway?Carina Chocano at The Atlantic takes the plunge and lets us all in behind the curtain.

As terrible as the pandemic has been, it has proved unexpectedly good for some—specifically billionaires, yeast manufacturers, and streaming services, of which MasterClass is now one. For a certain cohort of people looking to pass the hours at home, namely those with leisure time and money, the new courses in cooking, mixology, and gardening arrived at the perfect homesteading moment.

But the fact that MasterClass is so popular now also speaks to people’s fears, especially economic uncertainties that have only been exacerbated by the pandemic. Tens of millions of jobs have been lost, and many newly unemployed people are looking for a different direction. And if they’ve kept their jobs, they are dealing with a whole new way of navigating work, which is stressful and confusing.

In a way, MasterClass seems ideally suited to frustrated 30-somethings for whom education has not necessarily resulted in upward mobility or even a job, who feel stuck in their career without a clear path to success.

If you can believe it, you’ve got another issue of this newsletter in your mailbox, and Summer is almost gone. 2020 is zooming past. We’re almost done. But we need to keep moving forward, especially in sad weeks like this one. You can do this.

Be good. Wear a mask. Register to vote.

You just read issue #30 of blast-o-rama.. You can also browse the full archives of this newsletter.