My world’s on fire, how about yours?

I didn’t intend to start today’s email with a Smash Mouth reference, but that’s where I’m at. I’m sure there’s a far more eloquent and less crass lyric to quote, but that’s how things very much feel right now. Between the pandemic, the latest round of unrest across the country, and our leader deciding now’s a great time to — checks notes — feud with a social network. Everything’s awesome.

I know, I promised that this newsletter would be a respite from these sorts of things, but it’s hard to think about or talk about anything else without addressing the massive elephant in the room, especially just five years after similar things happened in my own backyard after the death of Freddie Grey.

I’d love to say that the world has grown and progressed since, but instead, it feels like we’re in a Groundhog Day sort of state. Of all the things I read, saw, and ingested this weekend, it was the words of rapper/activist/one-half-of-Run-The-Jewels, Killer Mike, which spoke the most to me. I’ve embedded his speech below.

Let’s get the bastards, in the primaries, in the full elections, in every way we can. I don’t want to see this cycle continue. 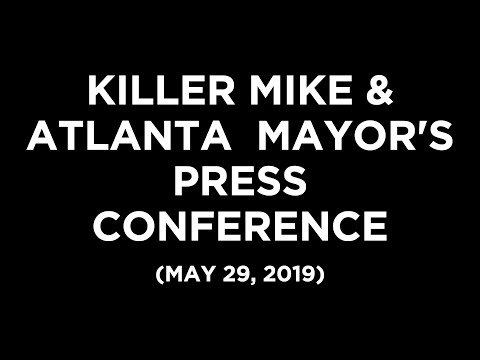 On A Positive Note

Today, as you read this, marks the fifth anniversary of my marriage to my amazing and wonderful wife Samantha.

I remember thinking so vividly in the hours after we got married how calming it was to realize that I now had a partner, someone completely by my side through thick-and-thin. The commitment was made. We were now tied at the hip, now and forever.

The five years that have passed have been a series of ups and downs, both those in our personal lives, and those externally, and in the moments, both the best and the worst, a constant North Star for me has been Sam’s support, love, humor (she also has an amazing laugh) and drive. When I met her, I knew she was a firecracker, but little did I know that she’d disrupt me to become an even better version of myself, and little did I know that I’d help her do the same.

I’m truly lucky to call her my wife, and I can’t wait to see where the shared road of our life takes us next.

Thing #1: Immerse Yourself in the World of Studio Ghibli

This week, WarnerMedia launched their big streaming to-do, the poorly-named-but-content-rich platform which is HBO Max. As a HBO Now subscriber, they just upgraded us Day One (at zero increase in price), so I’ve been enjoying browsing the catalog and making plans for future days and nights of movie watching ahead.

One of the coolest pickups by the WarnerMedia team, however, has to be the entirety of the Studio Ghibli catalog. The brainchild of animated Hayao Miyazaki, Studio Ghibli can best be rudimentary described as the Walt Disney Pictures of Japan, though their films are deeper, richer, and made of headier stuff — even if some of the movies are starring adorable animals.

To celebrate this first time streaming release, popular video game website Polygon launched an entire Ghibli Week, looking at many of the films, as well as the studio’s impact overall.

Of the articles, I think my favorite is Monica Uszerowicz’s “Studio Ghibli’s movies are my coping mechanism”, which is a statement I think many of us can look for in our entertainment today.

The base reality of Ghibli films is usually like our own. There are no superheroes, only complex characters whose bravery contends with self-doubt, and whose doubt regularly gives way to love. Every screening teaches me something about how to live in the cold, punitive real world with trust and compassion, which is hard to do.

Much like the articles linked above, any of the Ghibli films are worth a watch, but if you’re looking for a place to start, I recommend 1997’s Princess Mononoke, 1988’s My Neighbor Totoro, or 2001’s sublime Spirited Away. Enjoy.

Thing 2: Everything You Ever Wanted to Know About Who Framed Roger Rabbit, but Were Afraid to Ask

Sci-fi focused Gizmodo off-shoot io9 went big this week and writer Drew Turney decided to give us a jam-packed oral history of the 1988 animated mash-up film Who Framed Roger Rabbit. If you’ve been reading this newsletter over the past 24 issues, you know I love my oral histories, and this one is no different, as it definitely put me in the mood to rewatch this somewhat lost classic.

Joanna Cassidy, Dolores: We had to really hit our marks because the toons would have to be put in later. So it was very precise.

Christopher Lloyd, Judge Doom: Charlie Fleischer would be the Roger Rabbit on the set. He had his own costume and voice and way of speaking. I wouldn’t say that he was trying to imitate what he thought Roger Rabbit sounded and looked like, but he came up with something pretty crazy and it worked. So whenever Roger Rabbit was in a scene it would be Charlie Fleischer. We’d look at him and have our dialog with him and it helped me out. That was a big contribution.

It was a bit of a challenge dealing with Roger Rabbit physically. We’d rehearse holding a dummy. Bob [Hoskins] particularly had the task of dealing with Roger, wrestling with him, fighting with him, whatever. But we would rehearse a scene with the dummy Roger and we had a pantomimist on the set to guide us through what muscles we’d be using and how our stance would be.

And the dummy had real weight to it, so then, of course, we had to learn how to move without the weight, because obviously what you’ll see is just us. So we rehearsed those things to bring as much reality to the film as possible.

Thing #3: Was the 90’s the Golden Era of Saturday Night Live?

Like many latchkey kids of my generation, I have fond memories of spending hours upon hours watching Comedy Central and seeing countless re-runs of 1990’s era Saturday Night Live, especially since it was a lot easier than asking my parents to let me stay up to watch it on Saturdays (though they were pretty permissive of that too, if I’m honest).

In turn, I’ve long felt that the prime 90’s era cast is “the best”. Carvey, Myers, Hartman, Sandler, Farley, countless others. Sure, I’ve loved many other casts since, but, what a bench! (This also feeds into the ‘Watch SNL like it’s sports’ theory I’ve seen a lot lately, but I digress.)

Todd Gilchrist at Birth. Movies. Death. feels the same, and looks back at that era as the weird time capsule it is, through the prism of one of the strangest sketches — “Massive Headwound Harry”:

SATURDAY NIGHT LIVE is a fascinating time capsule of what people at different ages think is funny. It’s a show that everybody through, well, a few generations of teenagers watched every Saturday night more or less without fail; the cool and uncool alike knew what happened - the big laughs, the guest stars, the musical acts - on Monday mornings during homeroom. In fact, there’s a consistent and direct correlation between what cast (or cast members) each person chooses as their favorite and the ones they watched during those pivotal adolescent years, when the show offered late-night, borderline “adult” pleasures to viewers who only recently earned, or sneaked, permission.

I was born the year the show debuted, which makes “my” favorites the cast members who appeared in the late 1980s and early ‘90s - a murderer’s row of comedians who graduated to more and bigger opportunities on screen, even if bigger didn’t always mean better. Late last week, SNL’s Twitter account shared a clip from November 1991’s “Massive Head Wound Harry,” a single-serving sketch about a brained individual who wreaks havoc on a cocktail party, disgusting the other guests (and viewers). The scene culminates, hilariously, in a showdown between Harry and a hungry dog that decides his head wound is a tasty snack.

Check it out here. And email me back to let me know who your favorite SNL cast is!

Call your loved ones, gang. We’re getting over this hill which has been 2020, but some of us need some support over that next ledge. Life’s better when you share it with others, and right now, those dial tones (or FaceTimes, or Zoom calls) are the closest thing we’ve got to parties.

Take care of yourselves. We need you. See you next week.

You just read issue #25 of blast-o-rama.. You can also browse the full archives of this newsletter.