the week that was

Welcome back to the latest edition of this, your favorite email newsletter, blast-o-rama.!

We are in week two of being back on schedule, and I’m still playing with the format. (I’d love your thoughts on it, just fire away.)

In this instance, I’d like to just kick off the newsletter with some things from my week that I felt writing a few different blurbs about.

My personal laptop had been a Mac as well, a well loved Early-2015 MacBook Air. Since the release of that device, the world of Macs had landed in a divisive place - the keyboards were replaced (with few loving them), the top row now was a Touch Bar (people didn’t really like that either), the Escape key was gone. But hey, those screens are and were super high retina.

Very late last year, many of these problems were resolved by the release of the new 16” MacBook Pro. Sure, it still had the Touch Bar, but the keyboard was reverted back, and sure enough - the Escape key was back too. That said, that laptop starts at…oh, $2399, and I don’t think many employers are going to buy that.

In turn, I’m left with the “much maligned” prior revision. So far? I actually like it.

That keyboard that everyone hates? Yeah, it’s loud, and yeah, it may be fragile (we’ll see), but I feel like my typing just FLIES on it.

That Touch Bar? Not too many apps use it, but it’s a cool piece of kit, basically putting a little, ruler-sized touch screen on your keyboard. It’s especially cool to be able to choose tabs in Safari by tapping thumbnails.

That said: I never realized how much I use the Escape key, especially with Slack, and I miss it now.

Guess I need to wait for the “new” keyboards to come to the 13” version before I buy myself a new laptop.

Some thoughts on Birds of Prey

Saturday afternoon, I decided to check out - shockingly enough - Birds of Prey (and the Fantabulous Emancipation of One Harley Quinn), or as I will call it for the rest of this section, Birds of Prey.

I know, as a comic nerd, that isn’t much of a surprise, but for the most part, the DC Comics movies since their relaunch behind Man of Steel had left me cold. And few left me colder than this movie’s direct prequel, the stunningly bad Suicide Squad.

That said, for as much as I disliked Suicide Squad, I felt the movie had a few good points, and one of those was the performance of Margot Robbie as Harley Quinn. Once the movie stopped oogling her and let her do her thing, Robbie was absolutely fantastic in the role of the love-lost Harleen Quinzel, and thankfully, someone decided to put Robbie in the driver’s seat for this film.

Serving as both producer and lead, Margot Robbie realized what people liked about Suicide Squad (her) and what people didn’t like (pretty much everything else). The grim and gritty feel of its predecessor lost, Birds of Prey is a wild, fun, glitter-bomb of an action movie, filled with great laughs, stunning action (the second unit director was Chad Stahelski of John Wick fame), and a cast to die for.

Much like with the Marvel movies of late, Birds of Prey is able to cut its own cloth by taking lesser known characters, cutting them to their essence (or in one instance, just taking their name, dropping their backstory and building a unique, awesome character out of it), and delivering new, modernized takes on these personas.

I love Rosie Perez’s grizzled Montoya. I adore Ewan McGregor’s germaphobe Black Mask. Jurnee Smollett-Bell’s Black Canary is just effortlessly cool. I have no idea where the angle came for Mary Elizabeth Winstead’s version of Huntress, but I adore it. Simply put, the movie is two hours of joyful fun. Is the plot a little exposition heavy? Sure. Could I have done with a little less Tarantino-styled non-linear storytelling? Probably. But did I have a good time? 100%.

Now, here’s the bummer. Probably due to the 1-2 punch of Suicide Squad being bad (and people not wanting a sequel to it because of that), and the movie being R-Rated (meaning the teenage female audience who adore Harley Quinn are shut out), the movie isn’t doing all that hot. But, I’m here to tell you - that 82% on Rotten Tomatoes is right on. It’s a great start to the 2020 movie going year.

Do try to catch Birds of Prey before it leaves theaters, and be sure to plot out a way to get a breakfast sandwich after the movie. You’ll thank me later.

On to the rest of the newsletter!

what i read, that you should read.

Something I read, watched or experienced that I really loved this past week

Folks, if you know me at all, you know that I’m a Crazy Cat Dad.

No, really, I have the socks to prove it.

In turn, like most red-blooded Americans, I spend much of my time on the Internet looking at cat related photos and videos.

This here Tweet hit my radar this week, and the video attached absolutely broke me. Here’s hoping it can lighten up your Sunday as well. 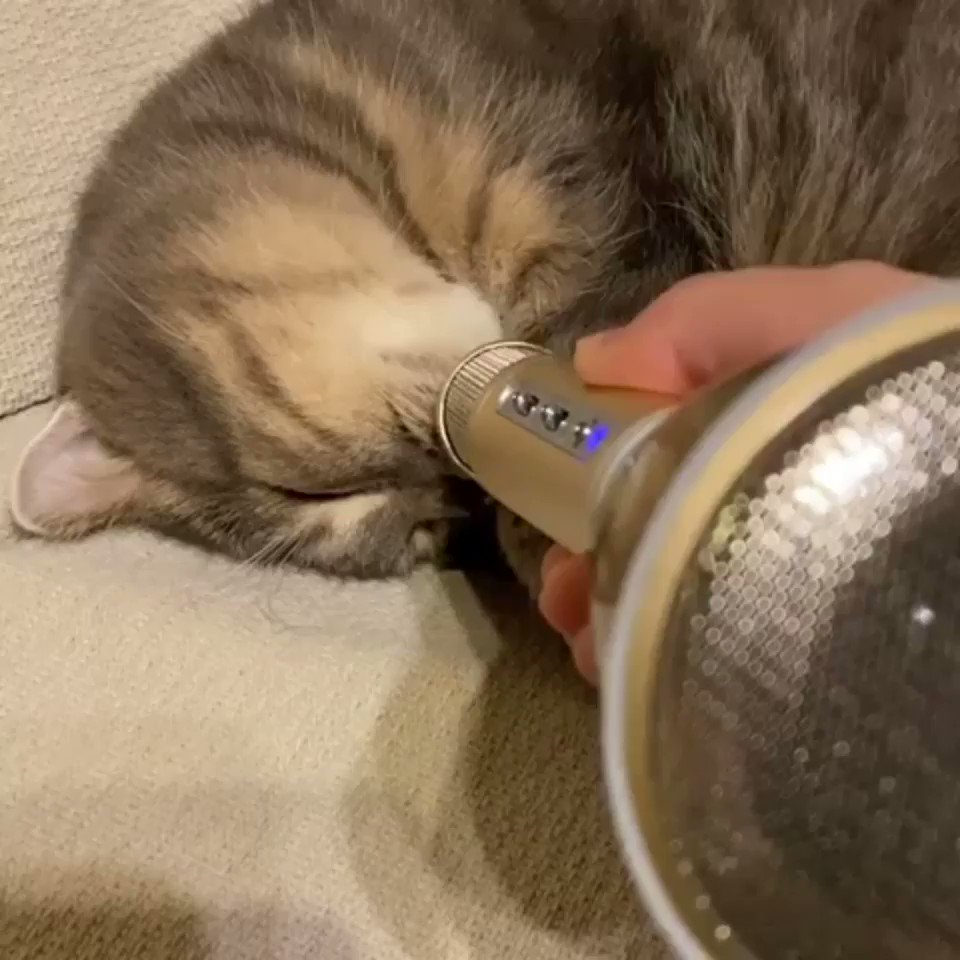 Cat snoring through an echo microphone of the day.

Another issue down. Another Sunday upon us. Will your week kick all the asses? I believe you can make it happen. Go forth. Be awesome.

You just read issue #18 of blast-o-rama.. You can also browse the full archives of this newsletter.