Welcome! Hello and welcome to the inaugural edition of the blast-o-rama. newsletter. You might be asking – why a newsletter?

Expect this to take a nerdy slant (movies, TV, technology, video games, comics, etc.), but with some additional interest in politics and privacy.

You know, like having a conversation with me in real life.

All and all, I’m going to try to make it a place where at the very least, you find one cool link worth reading every week.

The key word this week was spoilers.

Whether you didn’t want to know how the Marvel Cinematic Universe tied-up in Avengers: Endgame or the results of the Battle of Winterfell on Game of Thrones, chances are, at least one time this week you ran out of a room in your office with fingers in your ears.

I do wonder – is it the fear of spoilers which lead Avengers: Endgame to hit a record setting $1.2 Billion worldwide opening?

I do know that it was Avengers spoilers which lead to violence bothin Hong Kong and here in the States.

Although, if you lived in the Philippines, you just had to turn on the TV to have Endgame spoiled for you.

That said, dear reader: if you’re avoiding Avengers: Endgame spoilers, you have until Monday…

Thrones fans? I think you’re out of luck as soon as the next episode airs tonight.

This will be another story which grabbed my eye from the week.

While the majority of the event was what you’d expect – new features coming to Instagram, a push of how Oculus and its VR are the future, a shiny new coat of paint to Facebook proper – there was a focus on the big P word: privacy.

Obviously, this wasn’t something to joke about (although Zuckerberg sure did try, and fail), but Facebook is swearing up and down, as the biggest profiteer of our personal data, that they’re going to focus on privacy.

How you may ask? Yeah, that wasn’t very clear. But they kept saying the P-word, therefore it must be in the works, right?

Probably about as likely as that History Removal tool mentioned last year…which still hasn’t come out.

This week, Peter Mayhew, the original actor who played Chewbacca, passed away at the age of 74.

One of the sweetest human beings ever, he’s been beautifully eulogized by his fellow cast members.

Me, I’d just like to remember him by sharing this rare clip of what he sounded like on the set. 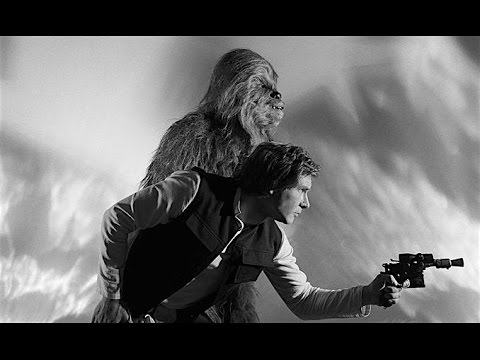 There was a real man behind the beast. And he was damned entertaining.

A bunch of cool reads what I read this week, typically culled from my ever-growing Instapaper queue.

Every week, I’ll make a recommendation of something to read, to watch, to listen to. I’ll even link to where you can check it out.

Coming off of attending Awesome Con, and getting caught up on the world of comic books using both Marvel Unlimited and DC Universe, I decided I needed some indie books in my life too.

This past Sunday, I binged through the first volume of Coda, published by Boom! Studios.

I admit, this was a book which I judged by the cover (which I think is actually OK in the world of comics), but I devoured it once I got in-between the covers.

Set in a world which is best described by the creator’s elevator pitch of The Lord of the Rings meets Mad Max, Coda is a brilliant ride through a fantasy world post-Apocalypse, where magic is a rare commodity. Our hero, of sorts, is a former bard named Hum, riding along the wastelands on a mutated unicorn. The book, written by Si Spurrier is witty and darkly comedic, and each of the four issues in the first trade land on a brilliant cliffhanger making you want to read the next installment immediately. The art, by Matías Bergara, is beautiful, yet has a nice layer of grime upon it all, to underline the gritty era the characters are living, while never coming off as grotesque or overwrought.

Coda itself is about to wrap up with issue #12, meaning there are three more trades to come. Personally, I can’t wait for the second trade to hit - due this July - and I’m sure if you give the first volume a read, you’ll join me in the excitement.

I want to hear from YOU!

First issue in the books. Glad to have you on this journey with me. Each issue is going to be better and better.

You just read issue #1 of blast-o-rama.. You can also browse the full archives of this newsletter.