March of Time by Barry Hess

New Year’s Resolutions are terribly cliché. So are newsletters saying that New Year’s Resolutions are terribly cliché. There is also the cliché of the form, “I’ve always felt that my year has a different rhythm, which is why I think about my hopes for upcoming accomplishments in the fall.” It’s all cliché. Everything’s been done before. There are only seven stories in the world. Clichés all the way down.

When I think about what I want the next year to bring, it is generally full of lightly-considered hopes. I hope I exercise more. I hope I eat better. I hope I sleep well. I hope all these improvements lead to more quality time, healthy happiness, creative creations, and so on. It’s possible I even want these things, though I find it hard to believe I want things that I don’t actively pursue.

One particular idea has been on my mind these past few days. While I really do enjoy consuming things, a collecting habit seems to go hand-in-hand with consumption. I like collecting. The tangible objects of my affections are things I enjoy and things that I like to share with others. I feel kind of sad for the generations coming after mine who have largely been detached from the act of gathering and storing these physical things.

This past year, though, I find that I don’t love how my collections have been outpacing the time I set aside for consumption. I might have more purchased albums that I haven’t spun than those that I have listened to. Movies are approaching that threshold as well. And to be clear, a majority of my consumption is still delivered by streaming means just like anyone else. (While I would be willing and happy to take breaks from the stream, I have a family’s consumptive needs to support and shutting off these faucets are a battle I’m not currently going to fight.)

So I’m toying with setting a timeframe where I simply stop buying things that I don’t need. Particularly in mind is consumptive media, but also perhaps some other things like new clothes, new bottles for my cocktail bar, new toys for my kitchen and so on. What I want to say is that I’ll do this for all of 2023, but what I think I’ll do is make a target of one month with plans to expand it to three, six, and twelve months. I mean, maybe I’ll hate it?

Perhaps the greatest gain for me would be to free up the time I spend looking for a five-star experience. Or rather, moving that time to be spent on the hopeful things I discuss above: health and happiness. I would still be spending on health. I would still be spending on travel. This experiment would be properly placing the nutritive activities necessary for a fulfilling life a little above the things that add the spice. I want both and I have both, but maybe the nutrition and spice shouldn’t have the same weight when I plan my day-to-day?

I wrote one post on the blog about silly customer service. I’m thinking I might try to write a few more blog posts in January. Maybe you want to sign on with me and Bring Back Blogging?

Nothing new to announce this time. A fair number of album lists have been created on Album Whale. We would love to see things pick up early in 2023 and we especially hope folks sign up to share their favorite albums of 2022. I’d be super thankful if you gave Album Whale a try and shared it with your friends!

Oh, and speaking of consumption, I’ve also been playing with a thing called Feed Nozzle (thanks for the naming help, Patrick!). The idea is to have a place where you can keep track of all of the things you consume over time. This could be by passing it RSS feeds from other services where you track what you consume (Letterboxd, Album Whale, etc), by clicking a bookmarklet when looking at the consumed item on another site, or by manually creating an entry in your log. I believe that all of these things we consume are a major influence on our creative output, and I find interesting the idea of keeping a consumption record.

I feel like every time there is a day I try to stay tech free, some random event puts me back on the computer/device. This time it is a new iPad’s screen pooping out.

Reading the first 2/3s of Robin Sloan’s Year of New Avenues has me excited! Getting the word out about projects has become rather challenging these days. I’m excited for new projects, and I’m excited for a world where they start being discovered again!

Resentment is like drinking poison and waiting for the other person to die.

I mean, I heard this quote from Carrie Fisher, but I think it probably originated elsewhere.

An aggressive day of Klask. 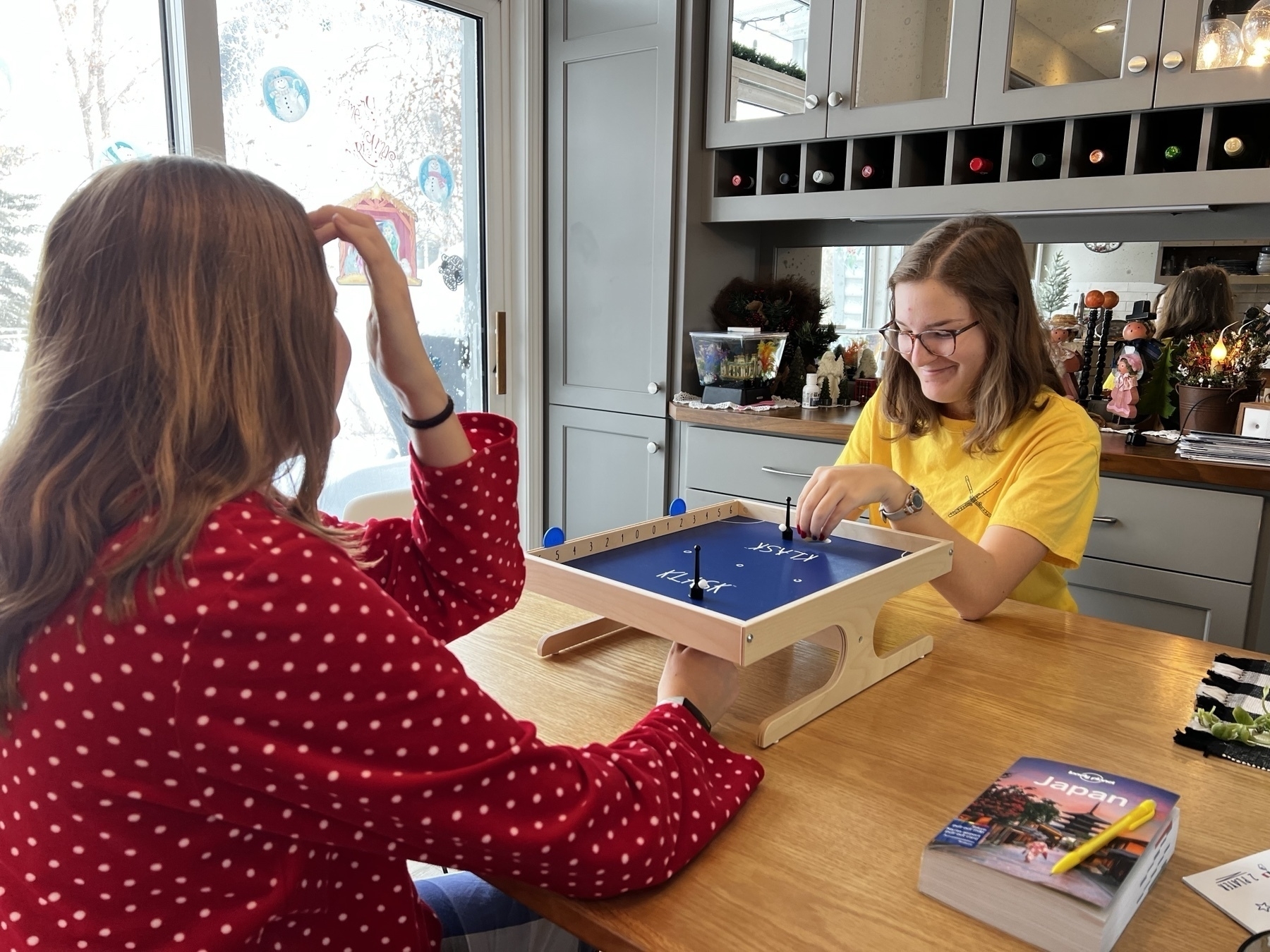 You just read issue #31 of March of Time by Barry Hess. You can also browse the full archives of this newsletter.