In early June, 1989, I went to my friend Alex’s family cabin. I was eleven years old. Many things about the weekend are hard to remember. I think they had a dirt bike, but I was too nervous to ride it. I believe we went golfing one day, though I don’t remember how I played. We must have spent time on the lake? I don’t recall.

I will never forget what happened the last day of our visit. Alex and I were out in a nearby grassy area. Maybe it was a pasture. We had his BB gun. It wasn’t far from the surrounding cabins, but there were 180 degrees of no people in one direction. We set up cans as targets. Since we were careless eleven-year-olds, we probably tried to shoot at flying birds.

Eventually we got bored with that, turned around, and trained our eyes on the pavement leading down to the water access. This is where vehicles would play the back-up game, maneuvering their boats down into the water before gently releasing them into the waves. There was a truck by the lake, it’s cargo floating. There were people near the shore, helping to manage the driver. Talking idly amongst themselves as managers do.

We were in our own world, though, when we decided to shoot our ammunition at the pavement twenty feet in front of us. It was warm, but not hot. As tar gets soft in the heat, we may have been curious if the BBs would lodge themselves in the pavement. We may have just wondered if the BBs would deflect and how high they would travel. I doubt we had very detailed thoughts about what we were doing.

How many times the trigger was pulled, I don’t know, but suddenly a woman 100 yards in the distance snapped alert and grabbed her back. I knew then that something bad had happened, though my friend wasn’t so sure. “Probably a wasp or a bee,” he said. Indeed.

Memory is a funny thing. I don’t remember which of us had the gun in our hands, but I did know that we made a mistake. We did what any child would do and ran back to the cabin. His parents knew something was up when we said we just wanted to play inside for a bit. “On our last day? It’s gorgeous out!”

The knock came 10 minutes later. We heard voices outside, but couldn’t make out what was said. I think there was a, “Don’t worry, I’ll take care of it.” I don’t recall being drug outside to apologize to the woman, but I’m not sure how that wouldn’t have happened. Memory is a funny thing.

That Sunday we returned to my home town. I was eating at a local cafe. I don’t remember if it was with Alex’s family or my own. I don’t even remember if Alex’s parents told mine what had happened. It seems like something I would have been incredibly stressed about; something that would have caused me to break out in my frequent hives. A waiting for punishment that would have seared itself into my brain.

The cafe had newspapers. Growing up, we generally had the television on during dinner. I was accustomed to seeing the local and national news as I ate. Whatever was going on in the world that the networks deemed worth broadcasting, well, I was aware. Except for that weekend. With a different family at a cabin with no antenna reception, I was behind on world events.

It was the weekend of June 3-4, 1989. On June 3rd Ayatollah Khomeini, the founder of the Islamic Republic of Iran and the leader of the Iranian Revolution, had died. The face I associated with the Iran hostage crisis and the Salman Rushdie fatwa was no more.

It was the weekend of the Tiananmen Square massacre. The months of protests had ended with thousands of casualties. The pictures were excruciating to see.

These huge world events obviously loomed large in my head. When looking up these dates to see if it was even possible that these things happened on the same weekend, I was surprised to confirm the timing of things. I know I often remember stories in a bit more interesting of a light than how they actually happened. Some memories may even dislodge others, like memories of getting (rightfully) yelled at by your parents.

Memory is a funny thing.

Out of all these my favorite form of group activity has been the musical group. A successful musical group is trying to lift everyone in the group up. While there are often soloists and “star players,” the importance of each participant is nearly identical. So the group tries to encourage and inspire their lesser players to rise to the occasion.

This doesn’t seem to result in a homogenization of talent, but rather a growth of skills across all the participants. Everyone feels like they could be better. Everyone’s efforts matter. My high school band director liked to compare it to athletic teams when he would say, “Everyone’s a starter.”

It strikes me as curious that there are not a lot of successful examples of this attitude in business. I’ve seen some similarities as I’ve looked at young businesses. On paper they have the intention to be a supportive group that builds each other up. As they grow they write more about this intention while building structures directly in conflict with that goal. Creating salary bands and role differentiation that explicitly says, “These jobs are not of the same value.”

I wonder if a business could be built and maintained in a way that carries on indefinitely the idea of a supportive group where everyone is a starter? I wonder if human nature would allow the participants to maintain that attitude over many years of working together? I wonder how compensation could be defined to best support this structure?

I’m going to leave those things as questions for now. Perhaps they are good fodder for future thinking.

(Originally posted on the blog.)

This month was light on blogging, but I also wrote about some other things:

I’m starting to build up a list of my favorite albums as well as tracking those albums that I spend significant time with each year. Thanks to Shawn for some styling help!

I love me some Edgar Wright, but I’m still not sure what I think about this one. I did love the creativity of shots in the first half. And the music was 😙👌.

The poetry books I’m currently reading have quite the titles. Will see if these bring out my angst or if they are just clever irony. 📚 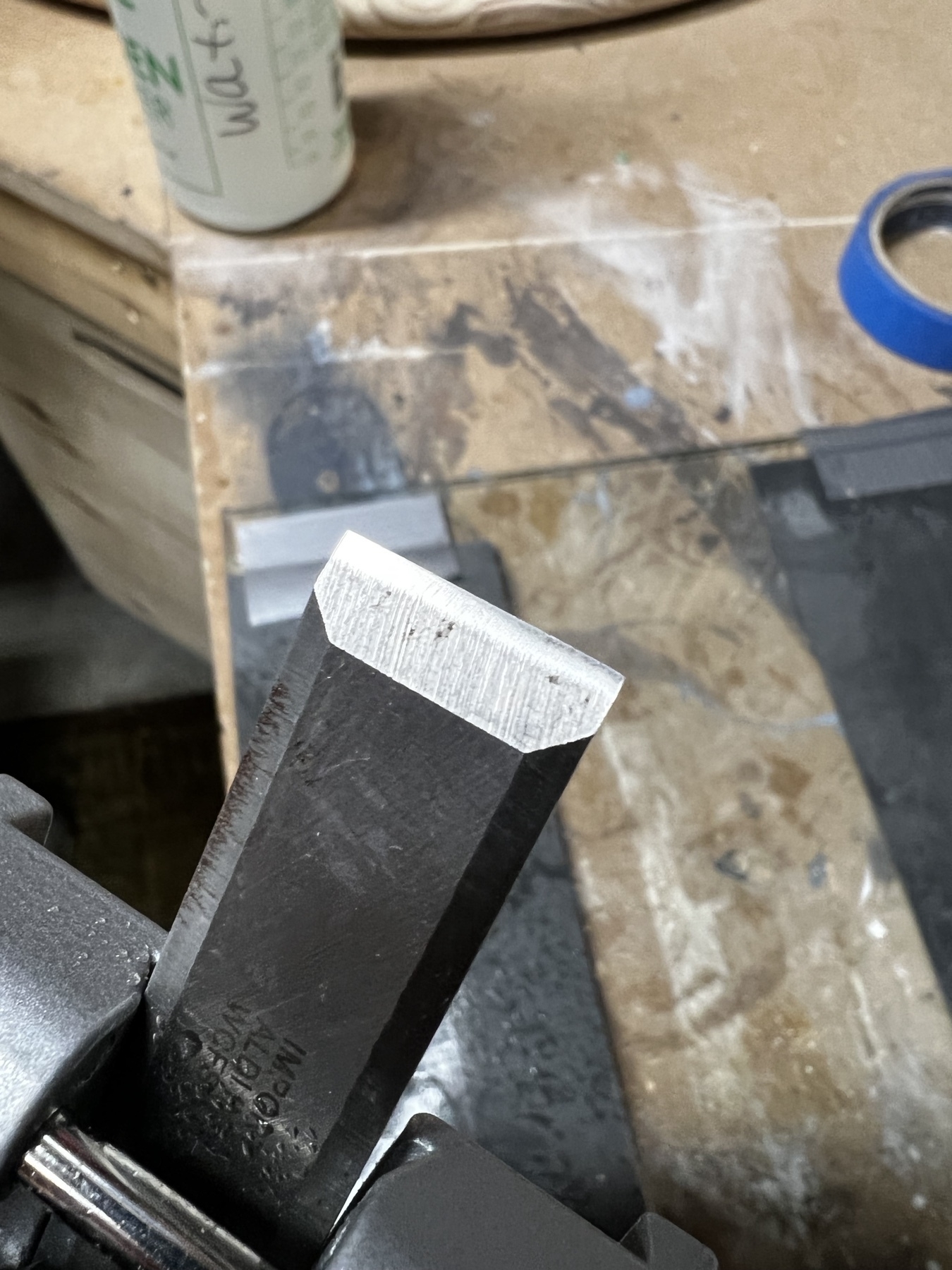 I’m on the “mostly enjoyed Bo Burnham’s Inside” of history.

You just read issue #22 of March of Time. You can also browse the full archives of this newsletter.