I hope 2022 has been treating you well so far. I’ve found it to be a decent year so long as my head is sufficiently in the sand most of the time. At the very least it has been a surprising year for me.

My long lost itch to blog has returned. This wasn’t a new year’s resolution, but it entered my brain around that time. I spent a fair bit of time trying to decide on a platform. Did I want to stay on my antiquated Ruby/Sinatra blog running on Heroku? Did I want to dive into static site generators (😈)? Or did I want to use some sort of service?

In the end I chose Micro.blog. It took me a while to wrap my brain around it, but once I did it gave me in a nice, big hug. I don’t think it’s for everyone. If I wanted something turnkey that I didn’t plan to style, I’d probably pick Write.as. Blot and Wunderbucket are also very intriguing.

The biggest surprise so far this year is that I wrote rails new app in my console again for the first time in I don’t know how long. A friend and I talked over a few website ideas, and one particularly kept itching us. So here we are scratching it. Ask me in a few weeks if I’m still scratching!

With all this writing and doing, I would like to keep the newsletter going as another option for folks to catch up on things if they so choose. What I think I will try is to get an end-of-month schedule going. I will intro with something original for the newsletter followed by a blog post from the month. Then I’ll share links to any other blog posts I’ve written as well as a few smaller tidbits. The format will probably evolve as I go.

And there it is. I hope everything is going well in your world. Let me know if you have any exciting news to share!

I like to watch art movies. While I don’t only attend art house movie theaters, it’s definitely worthwhile to me to sprinkle some such movies into my regular viewing. I’m more than entertained with a lot of Hollywood properties, but it is a fact that most of those movies do not offer surprises that you’ve never seen on screen before.

Some movies-as-art that I’ve watched in the past few months are A Ghost Story, Annette, and The Power of the Dog. The former two are certainly different from any movies I’ve ever watched before. The latter doesn’t feel all that unique on the surface, but offers a depth of experience that keeps giving long after the credits roll.

A big hangup folks have with movie art is one I think we each have with at least some of the art out there: they don’t understand and the art makes them feel stupid. What is the most common response to something that makes you feel stupid? Call the thing the thing it makes you feel: Stupid!

The lesson I try to take with me from my enjoyment of art movies is that I rarely understand the layers being presented while I watch the movie, and I rarely figure out the layers on my own after the movie is completed. The best I usually do is to have a sense that, hey, something was going on there and I bet this or that meant a thing. If I viewed the movie with someone else, we then get to discuss what just happened, trying to puzzle it out for ourselves. We eventually hit the Internet to read the thoughts of others, background on the movie, and so on.

The meaning of movie art is not a thing I understand immediately, but a thing that provides a depth of experience factory farmed movies don’t quite satisfy. It’s like admitting that, yes, a Big Mac (or Filet o’ Fish) is tasty, but it doesn’t offer the same experience as a restaurant with an intentional menu of deep flavors. Sometimes I want that easy hit of dopamine, but I do enjoy mixing in meals with more layers of flavor. If I can’t quite describe what that flavor is, part of the fun is sorting it out with the people around me.

This month I also wrote about some other things:

I made a website! Well, actually more of a webpage. But it’s a thing that’s out there helping a few people! If you’ve lived in a community that has obscure winter parking rules, you might find it interesting: Owatonna Even/Odd Parking.

Rather than a social media presence, I have a microblog. The Ephemera section is where I log little things like what I watched, read, or cooked. Some highlights this month:

So much flavor, so few ingredients! Also, homemade bread. A foolish consistency is the hobgoblin of little minds.

From Jenny George’s collection The Dream of Reason (I could find no place to link to, so this is printed without permission):

Having broken once, the world re-forms
in miniature.
Over and over, in the nest
between two limbs; in the hollow of grass
at a marsh edge.

That moment when you realize these two are the same people. Love it! 🍿 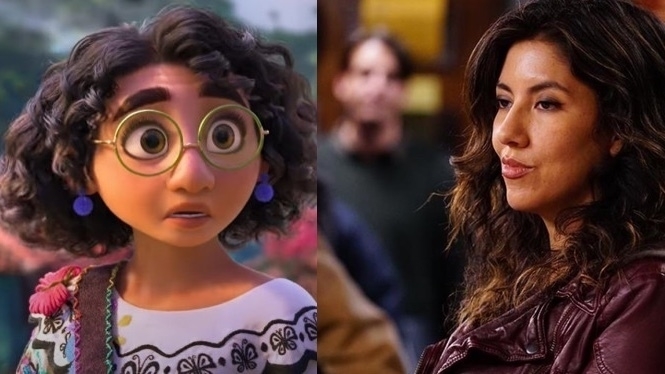 I like how Nick Offerman writes. It inspires me to be more playful with my scribbles. Maybe I can be a little janky, leave some words out, and use a fancy phrase or five for fun. There’s definitely a schtick to it and he can spread it too thick at times. One of the themes in the book is “nuance,” which makes it striking when Offerman paints 40% of the American population with a pretty obese brush. The dual focus of describing our beautiful land right next to lamenting our ugly politics doesn’t really do a lot of favors to either discussion.

You just read issue #21 of March of Time. You can also browse the full archives of this newsletter.