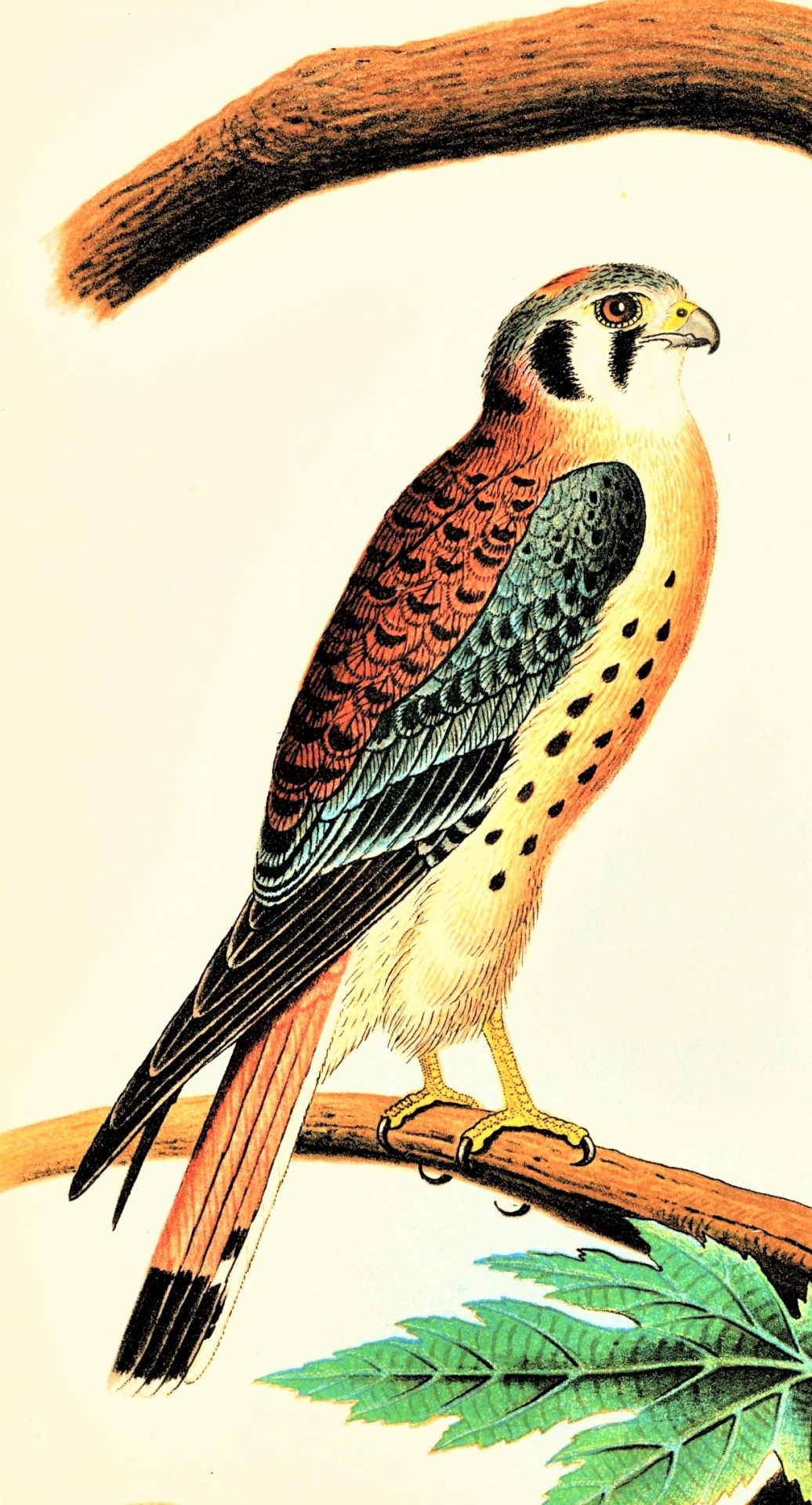 The American Kestrel, AKA Sparrowhawk.

The English calligrapher Irene Wellington giving thanks for the gift of a turkey:

One of the participants in my recent Laity Lodge retreat said that when she remembered the retreat she would think of vampires and donkeys – because of two poems I read to the group. One, by Richard Wilbur, is called “The Undead”; the second, written by Francis Jammes and translated by Wilbur, is called “A Prayer to Go to Paradise with the Donkeys.” That second link is to a YouTube video of Wilbur reading the poem; please stay to the end to hear his simple and heartfelt comment. I don’t include a lot of material related to current controversies here, because I think we all need a break from current controversies. But I am an absolute sucker for writings from the past that shed a distinctive light on what we’re going through now. I’ve been reading a lot of Albert Murray lately, and I find this passage from his 1970 book The Omni-Americans wonderfully provocative:

White Anglo-Saxon Protestants do in fact dominate the power mechanisms of the United States. Nevertheless, no American whose involvement with the question of identity goes beyond the sterile category of race can afford to overlook another fact that is no less essential to his fundamental sense of nationality no matter how much white folklore is concocted to obscure it: Identity is best defined in terms of culture, and the culture of the nation over which the white Anglo-Saxon power elite exercises such exclusive political, economic, and social control is not all-white by any measurement ever devised. American culture, even in its most rigidly segregated precincts, is patently and irrevocably composite. It is, regardless of all the hysterical protestations of those who would have it otherwise, incontestably mulatto. Indeed, for all their traditional antagonisms and obvious differences, the so-called black and so-called white people of the United States resemble nobody else in the world so much as they resemble each other. And what is more, even their most extreme and violent polarities represent nothing so much as the natural history of pluralism in an open society.

Randall Grass on the “desert blues”:

Africans have been hearing music from the United States — and other places — for more than 100 years. Some of the music heard by some Africans has been the blues. When Malian singer/guitarist Ali Farka Toure was once asked what music influenced him he named John Lee Hooker, among others, which is interesting since some people speculate that John Lee Hooker’s style derived from the sort of musical tradition that formed Ali Farka Toure. It may simply be though that Ali Farka found John Lee Hooker’s music to be simpatico. But the similarities of feel and style with American blues of such as artists as Ali Farka Toure, Bombino, Afel Boucom, Tinawarin, Mdou Moctar, Miriam Hassan, Terrakraft and others make it reasonable to refer to these artists of the Sahel and Sahara as “desert blues.” Some of them, such as Tinawarin and Terrakraft, with electric guitars, play with a hard rock sensibility, even if the rhythms and scales are different. Interestingly, many of Taureg musicians were influenced by Jimi Hendrix, the Rolling Stones and Led Zeppelin, who they heard via cassettes and videos when in exile in Libya, Algeria and Burkina Faso. Yes, the music goes ‘round in circles!

Peter Wohlleben on “forest bathing”: “We’ve adapted to the smells and tastes of this natural ecosystem, and we’re just fine with them. Artificial additives, however, stress our systems unnecessarily. Therefore, it’s a good idea to give your nose, palate, and gut a break every now and again by going out into the forest and spending a good long time there. Everything that flows over your senses when you are in the forest is exactly the kind of compound your body is made for. If you take along a snack of natural, minimally processed food without additives, then your time spent forest bathing will be even more beneficial.”

Nature and natural are words with particular weights that are perhaps not relevant now. We are part of a biosphere that sustains us. Half the DNA in your body is not human DNA, you are a biome like a swamp, with a particular balance or ecology that is hard to keep going – and indeed it will only go for a while after which it falls apart and you die. The world is your body, you breathe it, drink it, eat it, it lives inside you, and you only live and think because this community is doing well. So: nature? You are nature, nature is you. Natural is what happens. The word is useless as a divide, there is no Human apart from Nature, you have no thoughts or feelings without your body, and the Earth is your body, so please dispense with that dichotomy of human/nature, and attend to your own health, which is to say your biosphere’s health.

I’m not really back to blogging, but I did write about my friend Adam Roberts’s atheism. I may be posting some quotes and links there, but proper blogging is unlikely to resume until the first of next year.

You just read issue #186 of Snakes & Ladders. You can also browse the full archives of this newsletter.