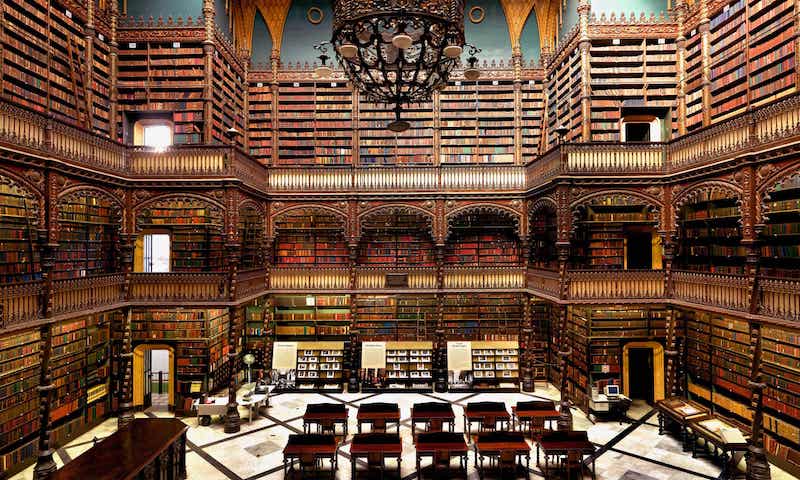 Library patron of the week: the fella who came in, wandered around for a good while, then asked pleasantly, “What is this place?”

When I was in graduate school at the University of Virginia in the early 1980s, I spent a lot of time in Alderman Library — for obvious grad-student reasons but also because my wife worked there — and more often than not, as I crossed the curving street that ran alongside the library, I noticed the same car parked in the same spot. The four-door sedan was noticeable because it was filled with papers: newspapers, magazines, and thousands of photocopies, scattered randomly across the back seat and on all the floor space. (The papers that surrounded the accelerator and brake pedals were filthy, ground into pulp.) The trunk of the car sagged over the rear wheels: presumably it was filled with papers also.

The car belonged to a man named Jack Manahan, who taught history at the University, but was best known as the husband of a notorious woman. Her birth name was Franziska Schanzkowska, and she was later known as Anna Anderson, but she claimed to be Anastasia, the youngest daughter of the last Tsar and Tsarina of Russia, Nicholas and Alexandra. She said that she had survived the massacre that killed every other member of the family. This was not true, but she and Manahan spent years and years trying to convice the world that she was who she said she was.

The Manahans, though they had plenty of money, lived in absolute squalor and often ran afoul of Charlottesville’s Health Department; they were pathological hoarders. (A local nickname for them was “the Bizarre and the Bizarrina.”) But an acquaintance of mine who spoke to Manahan occasionally at the library said that Manahan had told him that the papers in the car were all devoted to Anastasia’s case. Both of them treasured the belief that the information that would prove her claim once and for all was located somewhere in Alderman Library — in a book in some dusty and ignored corner of the stacks, in some dutifully catalogued but infrequently consulted archive. The knowledge that proves, the knowledge that saves, the knowledge that settles debates and determines the course of law — it’s all there. In the library.

A few years ago the library was having a moment. The Library: A Catalogue of Wonders by Stuart Kells appeared in 2017, Palaces for the People by Eric Klinenberg and The Library Book by Susan Orlean in 2018. More than a decade earlier came the best of these, I think, Matthew Battles’s Library: An Unquiet History by Matthew Battles. Darren McGarvey wrote in Poverty Safari (2017),

Admittedly, many of us don’t use libraries any more, but for those who do, it’s impossible to overstate how indispensable the service is. Particularly in communities characterised by poor education, low opportunity and high levels of stress, the library is an engine room of social mobility where people go to complete college and job applications, get help filling out forms to access benefits and bursaries as well as accessing the internet and books to learn new skills or find information. People who enter a library are actively trying to better themselves in some way and often lack the basic resources or skills to reach their goals. When you are in a public library, you are in the presence of people who are attempting to take a massive stride forward in their often chaotic and stressful lives.

Testimonials like this were thickening on the ground … until Covid came to town. Here’s hoping for a big comeback for our libraries – which is to say, for our love of them.

A wall covered in spines, shelved from floor to ceiling, recognises the correspondence between bricks and books. It is the point at which knowledge becomes embedded in structure and the appearance is of books holding up the ceiling. The implication is that enlightenment, the journey towards the sky or the sublime is available within these pages. It is a metaphor made clearer by the special pieces of furniture, the chairs and stools which ingeniously convert to become ladders or in the sliding steps which glide along the floor scanning the shelves. And just as bricks humanise the scale of even a vast wall by introducing an element of human scale — a solid unit designed to fit perfectly into the hand, so books define the space and give scale to even the largest the wall. They are endlessly reproduced and faked in a game of trompe l’oeil in which their symbolic role alone is invoked. There are bookish wallpapers, there are rows of fake books spines, there are hidden jib doors hidden amongst the bookshelves which open, just as do books themselves to reveal another world and there are dealers who specialise in slightly-worn, leather-spined books by the yard, not for reading but for recreating a country house effect, the impression of history and wisdom. Already in the 1st Century AD Seneca swore by a small library, for knowledge rather than vanity, not ‘endless bookshelves for the ignorant to decorate their dining rooms.’

You just read issue #141 of Snakes & Ladders. You can also browse the full archives of this newsletter.