The Axe, the Wood, the House I did something very odd, for me: I wrote a short play. It’s about J. R. R. Tolkien and W. H. Auden, who were good friends – but their friendship was occasionally troubled, I think in part because it was conducted almost wholly through the written word. So I gave them an imaginary face-to-face conversation. I don’t think it’s any good as a play, but it was a lot of fun for me to write.

I also posted a photo and a story about a memorable day at Wrigley Field in 1999.

The blog has been pretty busy lately – that’s about to stop, with the new semester beginning … uh … tomorrow – so check it out if you’re into that kind of thing.

Ann Patchett’s essay, from March, on giving away her possessions is lovely, but there’s one line I keep thinking about. When she discovers the old Hermes typewriter that she had used throughout college and graduate school, when she learned how to be a writer – “I had believed that every good sentence I wrote in my youth had come from the typewriter itself” – she can’t bear to think about giving it away, even though she doesn’t use it any more. Here’s the line that sticks: “Finding the typewriter was like finding the axe I’d used to chop the wood to build the house I lived in.”

The key point to understand about mansplainers is that they don’t just ‘splain to women. When Bob Dylan was recording Blood on the Tracks – possibly the single greatest album in popular music history – he had to deal with a junior recording engineer who “explained” to him that he was going about the process of recording all wrong. After tolerating a good deal of this, Dylan finally said, “You know, if I had done all the stuff that people told me I was supposed to do, I might be somewhere by now.”

YouTube has fairly recently begun hosting old clips from the Ed Sullivan Show, and I highly recommend The Band playing “Up On Cripple Creek” and Chet Atkins showing what a country geetar player can do with a classical guitar.

Big Red Machine is a kind of indie-pop supergroup, or superproject, created and and perpetrated by Aaron Dessner (of The National) and Justin Vernon (AKA Bon Iver). They bring in other musicians, and for two songs on their forthcoming record they have brought in Anaïs Mitchell and Robin Pecknold (of Fleet Foxes). The two songs they recently performed on Stephen Colbert’s show are … well, listen for yourself: “Phoenix” and “New Auburn”. Both of these songs have gone straight to my heart and made a home there. “New Auburn” in particular … well, it just breaks me up. And gives me hope for pop music. 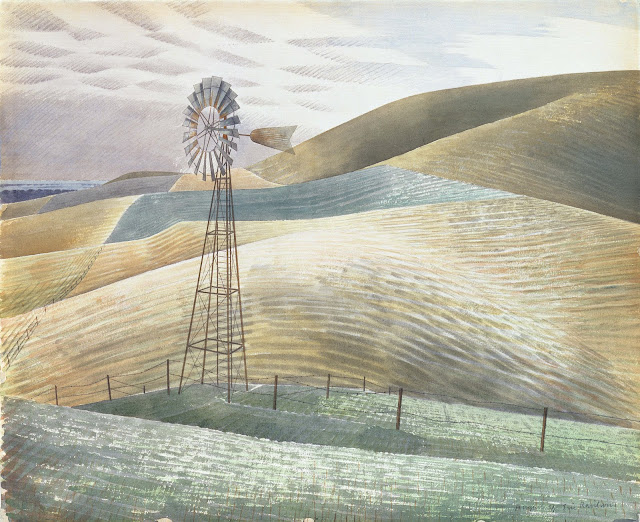 Many years ago Frederick Buechner wrote an essay about 1 Corinthians. He called it “Paul Sends His Love,” and here are the concluding paragraphs:

He himself was the first to admit that he remained in many ways as much of a mess as the rest of us – full of anguished doubts and depressions, hostilities, exaltations, hang-ups, whatever he meant by “the thorn in the flesh,” which he interpreted in his Second Letter to Corinth as God’s way of keeping him “from being too elated.” The bitter and the better of him, it is all there in the words with which he closes his Letter, the words he tells us he is writing with his own hand.

“If any one has no love for the Lord, let him be accursed. Our Lord, come. The grace of the Lord be with you” (16:21). A malediction, a prayer, a benediction, in that order. They are all mixed up together as God knows they were all mixed up in Paul himself. But then, “My love be with you all in Christ Jesus. Amen” (16:24), so that the very last thing of all that he does is send them his love — agape is again the word he uses — the most precious thing he ever received, the most precious thing he ever had to give.

You just read issue #133 of Snakes & Ladders. You can also browse the full archives of this newsletter.