That’s Bob Davey, who has just died at the age of 91. In 1992 his wife Gloria, who died in 2006, discovered an abandoned church in a deserted village, Houghton-on-the-Hill, near their home in Norfolk. The church was a thousand years old and had been damaged in the Great War when a German zeppelin dropped its cargo of bombs in the churchyard. Bob Davey became obsessed with restoring the church and making it a place of worship once again, which involved repairing the tower, recovering pieces of church furniture – including a baptismal font that was being used as a flowerpot –, building a road to the church, and, most harrowing of all, standing up to Satanists who had been using the church for their dark rituals.

It turned out that St. Mary’s Houghton-on-the-Hill featured what may well be the oldest surviving wall paintings in England: the church is a magnificent treasure-house of art. (“The images included a huge depiction of the Holy Trinity, with God enthroned with the crucified Christ, and the Holy Spirit as a dove – believed to be the earliest depiction in Europe of the Throne of Grace. Elsewhere there were saints and martyrs, demons holding scrolls, parts of a great Last Judgement, with figures tumbling into hell and angels with trumpets summoning the dead from their tombs, and a depiction of God creating Eve.”) But that wasn’t the main thing for Bob Davey. What he wanted was to make that church a church again. And he did.

Well done, good and faithful servant. Rest in peace and rise in glory.

I have previously praised Mars Hill Audio, but Ken Myers always has some especially wonderful material lined up for Holy Week. Here’s his most recent newsletter with the details.

This year Holy Week comes soon after the Feast of the Annunciation – better known to some of you as the Day of Sauron’s Fall – and even though it’s just past, this remains an excellent season for reading Andrew Hudgins’ great poem “The Cestello Annunciation” and viewing Botticelli’s glorious painting on which the poem is based.

I’ve continued to work on my randomly exploratory blog series on Invitation and Repair. Still can’t tell where it’s headed; may not be able to tell for a while. I also wrote a few words in commemoration of the unique career of Larry McMurtry.

The novelist Maggie O’Farrell made a fascinating comment in a recent interview:

Working on her current novel, she needed to know something about embroidery, which she’s never done in her life, so she asked a friend. “We were looking at this beautiful thing she had made and she turned it over and the back was much more complicated, quite messy,” she says. “In a sense that’s what grief is: you turn love inside out, like a sock or a glove, that’s what you find, isn’t it? Grief is just the other side of love.”

This reminded me of something Vision says in WandaVision – a series about which I have mixed feelings: “What is grief if not love persevering?” Indeed it is; but, as Maggie O’Farrell suggests, the perseverance is awfully messy, full of loose ends and tangles. Grief is love that can’t present a composed and ordered face to the world. 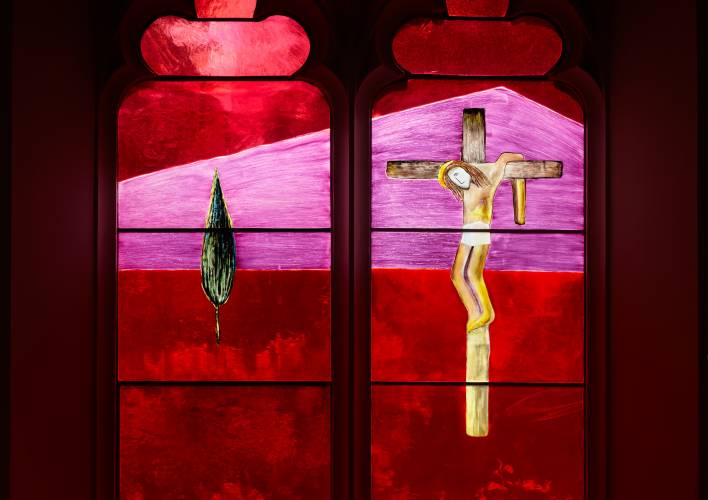 You just read issue #123 of Snakes & Ladders. You can also browse the full archives of this newsletter.