Getting Back to Business

Via my friend David Hooker: Isn’t it time for you to outhorse your email?

Paul Klee’s puppets are delightful or creepy, and sometimes both.

Some of my recent posts:

Recently, in an attempt to take my own advice, I started reading David Copperfield, for the first time in many years. But I decided that I needed something a little less melancholy, and so returned to another old favorite: 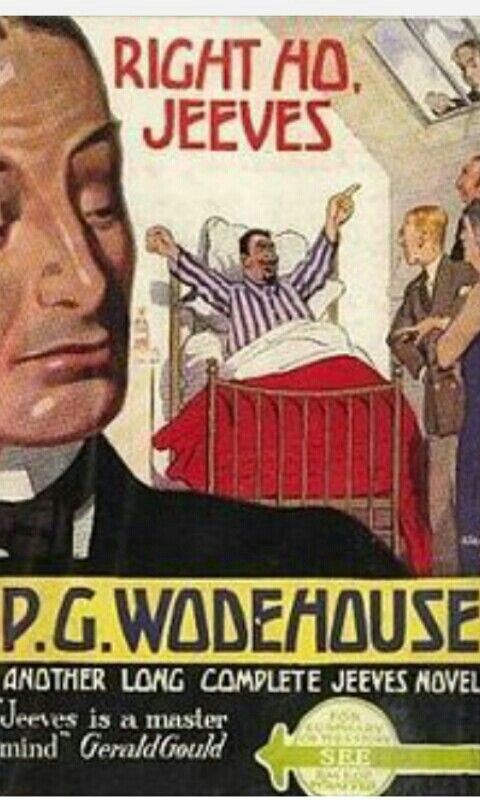 It proved to be an excellent decision. Only in Wodehouse do you get sentences like this: “The fact that pigs were abroad in the night seemed to bring home to me the perilous nature of my enterprise.”

Let me simply commend to you all W. H. Auden’s profound theological commentary on these books:

If [Bertie] has no vices it is because his desires are too vague and too fleeting for him to settle down to one. Hardly a week passes without Bertie Wooster thinking he has at last met The Girl; for a week he imagines he is her Tristan, but the next week he has forgotten her as completely as Don Giovanni forgets; besides, nothing ever happens. It is nowhere suggested that he owned a watch or that, if he did, he could tell the time by it. By any worldly moral standard he is a footler whose existence is of no importance to anybody. Yet it is Bertie Wooster who has the incomparable Jeeves for his servant. Jeeves could any day find a richer master or a place with less arduous duties, yet it is Bertie Wooster whom he chooses to serve. […]

The Quest Hero often encounters an old beggar or an animal who offers him advice: if, too proud to imagine that such an apparently inferior creature could have anything to tell him, he ignores the advice, it has fatal consequences; if he is humble enough to listen and obey, then, thanks to their help, he achieves his goal. But, however humble he may be, he still has the dream of becoming a hero; he may be humble enough to take advice from what seem to be his inferiors, but he is convinced that, potentially, he is a superior person, a prince-to-be. Bertie Wooster, on the other hand, not only knows that he is a person of no account, but also never expects to become anything else; till his dying day he will remain, he knows, a footler who requires a nanny; yet, at the same time, he is totally without envy of others who are or may become of some account. He has, in fact, that rarest of virtues, humility, and so he is blessed: it is he and no other who has for his servant the godlike Jeeves.

— All the other great men of the age are simply in the crowd, watching you go by.

— Thank you very much, sir. I endeavor to give satisfaction.

So speaks comically – and in what other mode than the comic could it on earth truthfully speak? – the voice of Agape, of Holy Love.

You just read issue #166 of Snakes & Ladders. You can also browse the full archives of this newsletter.