Books and Chairs and Years Gone By 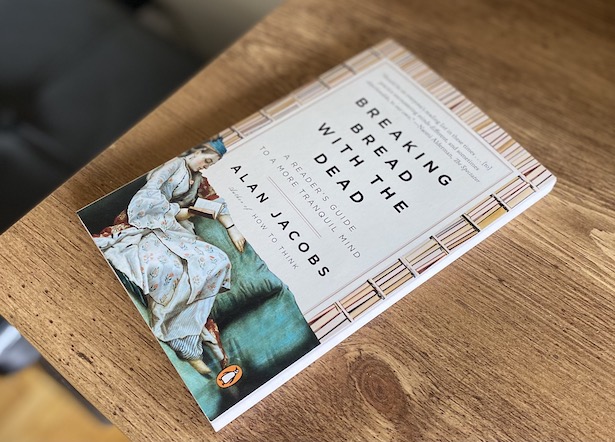 Breaking Bread with the Dead will be out in paperback tomorrow! Please share the news with everyone in the entire world. See this lovely film of the restoration.

The surprisingly complicated history of the Adirondack chair. In this writer’s lodge, Woolf wrote parts of all her major novels from Mrs Dalloway to Between the Acts, many essays and reviews, and many letters. This was where Leonard came out in July 1931 to tell her that The Waves, which he had just finished reading, was a masterpiece. This was where she struggled for months on end with The Years, trying to cut down on her smoking (from six or seven to one a morning in 1934). This was where, on Friday March 28, 1941, on a cold spring morning, she wrote a farewell letter to Leonard before walking down to the River Ouse, leaving her papers in disarray, with several revisions of her last essay on Mrs Thrale in the waste-paper basket and immense numbers of typewritten sheets lying about the room. It looks much tidier now. 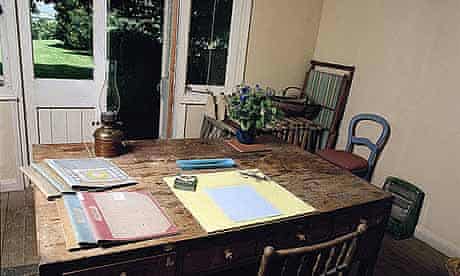 Don Everly of the Everly Brothers died a few weeks ago, having been predeceased by his younger brother Phil in 2014. Which makes me think of a story only tangentially related.

When the Beatles were working on the record that would become Let It Be their business relationship had fractured – Paul was being sued by the other three – and their friendships had completely deteriorated as well. It is difficult to say whether one cause the other, and the breakup of this band is one of those issues on which there are fiercely held opinions, but I read it this way: John’s drug-addled and Yoko-addled irresponsibility had forced Paul into the role of unofficial Musical Director of the band, and that was a role that brought out all his worst tendencies: perfectionism, manipulativeness, an inability to perceive that he might be wrong about some things and that even when he was right he tended to be an asshole about it.

Still, even in those circumstances their long-practiced patterns of musical collaboration and their basic professionalism enabled the Beatles to get work done. One day in January of 1969 they were working on a song titled “Two of Us” – though people tend to call it “On Our Way Home.” It was a song Paul had written largely about his relationship with Linda Eastman, whom he would marry two months later. But elements of the song – especially the bridge: “You and I have memories / longer than the road that stretches out ahead” – seemed to fit better as a description of Paul’s relationship with John.

In the video linked to above, the band members are lined up in a more-or-less typical fashion – except for John, who is sitting with his guitar next to Yoko. But he’s facing Paul, and singing harmony throughout the song.

At one point when they were first recording the song, they took a break between takes, and as they did, certain memories began to take hold – somatic memories, you might say: what the body knows, in this case the voice, the voice that remembers what it was like, a dozen years earlier, to sing in harmony with that one special other person for the first time. That one who would become very like a brother. That one whose voice blended with yours in a unique way. And as they remembered, they launched into one of the first songs they had ever sung together: the Everly Brothers’ “Bye Bye Love.”

I am so grateful to Comment and Laity Lodge for sponsoring this newsletter. I’m hopeful that that sponsorship will continue, but until we work out the details publication will be spotty. I know I just got back on the horse here, so apologies for that!

You just read issue #135 of Snakes & Ladders. You can also browse the full archives of this newsletter.