Another Miscellany from My Cabinet of Curiosities The spectrometer for the KATRIN experiment, moving threateningly through the narrow streets of Eggenstein-Leopoldshafen towards the Karlsruhe Institute of Technology, from which it will presumably take over the world. 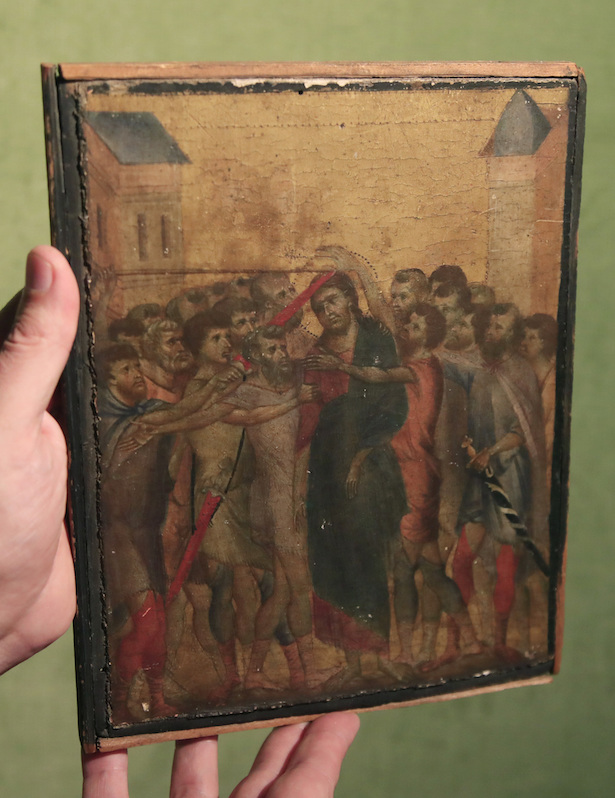 A French lady had a small painting that she hung over her hotplate. She thought it was a Russian icon. In fact, it was a painting by one of the very first painters of the Italian Renaissance, Cimabue — only the twelfth panel painting known to be by him. It will fetch millions at auction.

Interslavic (Medžuslovjansky, in Cyrillic: Меджусловјанскы) is a zonal constructed language based on the Slavic languages. Its purpose is to facilitate communication between representatives of different Slavic nations, as well as to allow people who do not know any Slavic language to communicate with Slavs. For the latter, it can fulfill an educational role as well.

Interslavic can be classified as a semi-constructed language. It is essentially a modern continuation of Old Church Slavonic, but also draws on the various improvised language forms Slavs have been using for centuries to communicate with Slavs of other nationalities, for example in multi-Slavic environments and on the Internet, providing them with a scientific base. Thus, both grammar and vocabulary are based on the commonalities between the Slavic languages, and non-Slavic elements are avoided. Its main focus lies on instant understandability rather than easy learning, a balance typical for naturalistic (as opposed to schematic) languages.

Q: How can I wean myself off classics and on to something more contemporary? — Anna Morton, 49, Oxfordshire

The metaphor is an interesting one: It presumes that the classics are easily-digestible mother’s milk, fit only for infants, and that whatever people happen to be talking about today — and will have forgotten the existence of tomorrow — is solid food for adults. The opposite’s true. You just read issue #49 of Snakes & Ladders. You can also browse the full archives of this newsletter.