We have entered Advent -- that first and most curious season of the Christian church’s year, which simultaneously awaits Christ’s Second Coming and looks back at centuries of patient or impatient waiting for the Incarnation. Essential reading: Auden’s long poem For the Time Being: A Christmas Oratorio, a poem written in time of global war, which begins with an Advent section, including this meditation:

If, on account of the political situation,
There are quite a number of homes without roofs, and men
Lying about in the countryside neither drunk nor asleep,
If all sailings have been cancelled till further notice,
If it’s unwise now to say much in letters, and if,
Under the subnormal temperatures prevailing,
The two sexes are at present the weak and the strong,
That is not at all unusual for this time of year.
If that were all we should know how to manage. Flood, fire,
The desiccation of grasslands, restraint of princes,
Piracy on the high seas, physical pain and fiscal grief,
These after all are our familiar tribulations,
And we have been through them all before, many, many times.
As events which belong to the natural world where
The occupation of space is the real and final fact
And time turns round itself in an obedient circle,
They occur again and again but only to pass
Again and again into their formal opposites,
From sword to ploughshare, coffin to cradle, war to work,
So that, taking the bad with the good, the pattern composed
By the ten thousand odd things that can possibly happen
Is permanent in a general average way.

But then, something New comes into the world.

While you’re also meditating on such matters, perhaps you might listen to “Nun komm, der Heiden Heiland” (BWV 61), an early but lovely Bach cantata for Advent. (As I noted many newsletters back, the filmed performances of the Netherlands Bach Society have been one of my chief comforts and consolations all through the Neverending Coronatide.)

But wait, there’s more! Consider this, from John Eliot Gardiner’s glorious book Bach: Music in the Castle of Heaven:

If we take ... the three cantatas he wrote for the Advent and Christmas season in 1714 ... we see that they join naturally to form a plausible mini-cycle. Hearing them in sequence is a bit like opening the doors of a child’s Advent calendar: each is a brilliant cameo, a story linked by the underlying metaphor of the old year as the time of Israel and the new year as the time of Christ. The first, BWV 61, Nun komm, der Heiden Heiland (for Advent Sunday), addresses the hopes and fears of the Christian community in the context of Jesus’ birth as the beginning of God’s plan for our salvation. The second, BWV 70a, Wachet! Betet!, focuses on Christ’s second coming as judge of the world, beginning with an exhortation to watch and pray, and then alludes to Israel’s captivity in Egypt and the destruction of Sodom and Gomorrah; dire warnings that ‘this is the end of time’ are, however, mitigated by a vision of release and final reconciliation. By way of contrast, BWV 63, Christen, ätzet diesen Tag, celebrates Christmas itself as the long-awaited day of the fulfilment of God’s promise and the end of Israel’s captivity. Placed at the heart of this cantata’s symmetrical structure is the word Gnaden – the grace that comes with Christ’s birth and, with it, the release of humanity from sin and death – the very word that sanctifies music-making when two or three are gathered together with the right spirit: ‘Where there is devotional music, God with His grace is always present.’ 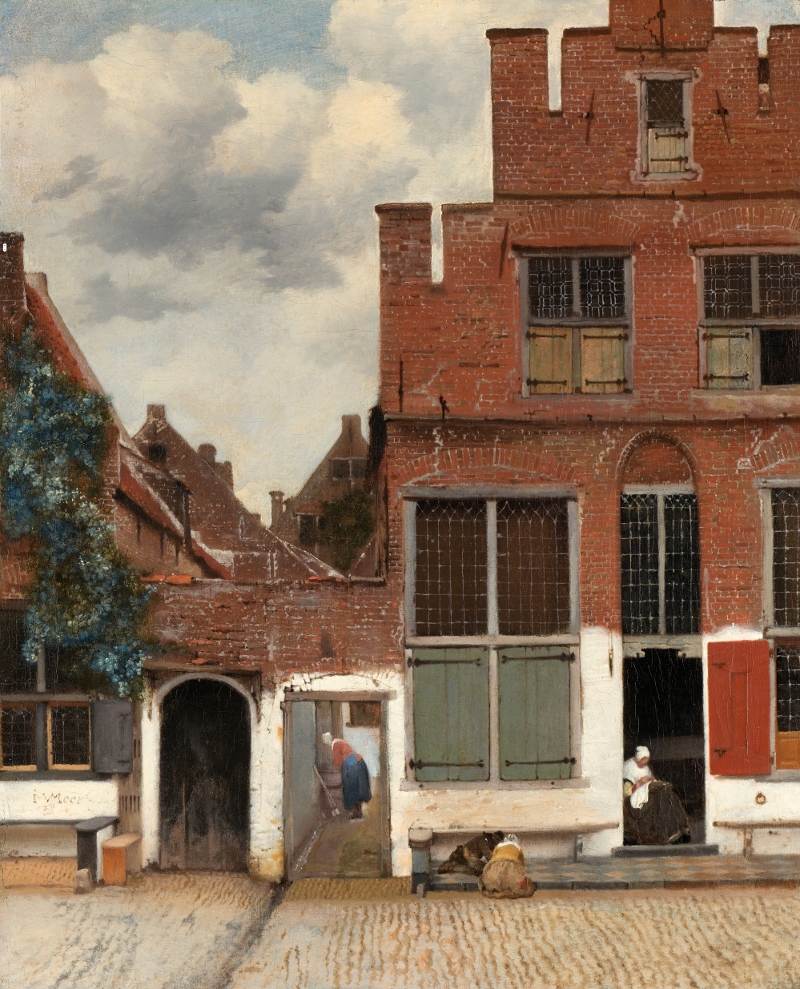 Also from the Netherlands... Vermeer’s “The Little Street” -- a painting I find endlessly compelling, though I do not understand why. That’s how it goes with Vermeer, in my experience: inexplicable but undeniable greatness. A much larger image may be found here.

Rick Beato, a veteran record producer and prominent YouTuber, has been generating controversy for a while by insisting that popular music in the last few decades has grown progressively simpler -- using fewer and more predictable chords and more elementary structures. Note well, his point isn’t exactly that the music is worse, just that if you give him the first couple of chords of a recent song he can almost always guess what’s coming next. This gets a lot of pushback, as you might imagine -- but what few involved in the debate seem to know is that there’s a serious scientific study confirming Beato’s claim -- and it was published almost a decade ago.

Here’s a rather lighthearted piece by me called “Athelstan the Woke.” If you read it you’ll find out what my favorite podcast is ... aside from the Church of England’s Daily Prayer, of course, which is to me far more than a podcast. Rather, a lifeline.

You just read issue #143 of Snakes & Ladders. You can also browse the full archives of this newsletter.