A Memory and a Miscellany

As I come to the end of a truly … challenging academic year, I realize that I am a very tired man. So I’m going to put this newsletter on hiatus for May. I expect to be back and better than ever in June. 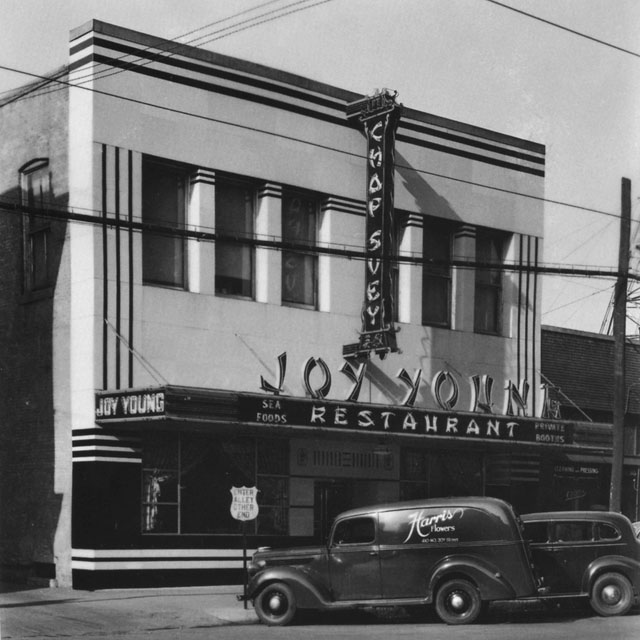 As I have often mentioned, through much of my childhood my father was in prison – but whenever he became a free man he wanted to celebrate. His favorite place to do that was a restaurant called Joy Young (which by my time looked rather – though not totally – different than it does in the picture above). We would meet my mother when she got off work at a bank a block away. My father would always order Mongolian Beef and I occasionally tried to imitate him, but the peppers in it were far too hot for me so I typically retreated to the chop suey – or the fried chicken. (For many years Joy Young was widely held to serve the best fried chicken in Birmingham. Its ability to please all palates meant that it was enormously popular from its opening in 1922 – even the leaders of the Ku Klux Klan declared it a place not to be troubled.)

When we arrived I would beg my father to ask for a booth, because the booths had curtains you could close for privacy. Rumor had it that during Prohibition the privacy was used for the surreptitious consumption of alcohol, but we always just had iced tea. Joy Young was one of the great landmarks of my childhood, and it still seems strange to me that there’s a Birmingham without it – even though the restaurant closed in the 1980s. 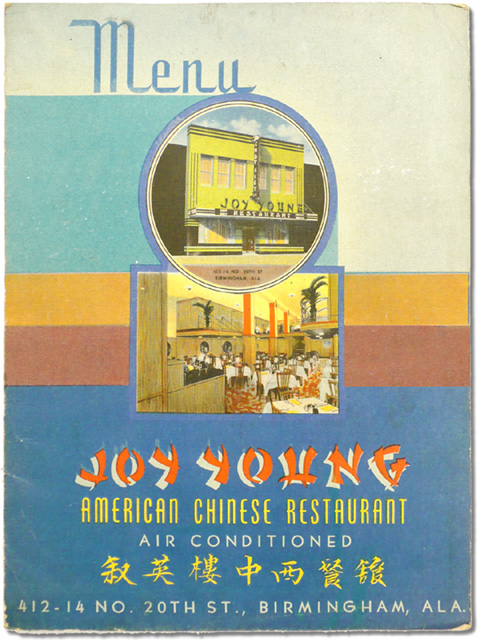 My favorite bar in the whole world is Scofflaw, in Chicago – in my son’s neighborhood, as it happens – and they have just re-opened after a long closure. May they thrive. If all goes well I’ll be later this week, to celebrate seeing my son for the first time in nearly a year-and-a-half. And quite a celebration there shall be. My friend Richard Gibson on reading Adam Smith’s Wealth of Nations: “One of the pleasures of reading a very long book is working out the terms of its construction, and as I read, I learned Smith’s principles but I also encountered Smith in a variety of guises: Smith the reader foraging through his books, Smith the conversationalist trading anecdotes, and even Smith the man on the street overhearing some useful tidbit of news from abroad.”

I have a small ongoing side-project that involves rescuing some essays of mine that have disappeared from the internet or become hard to find, cleaning them up a bit, and posting them to my own site. Here’s one on my love of trees – and it was writing this essay that inspired me to ask my designer friend Brad Cathey to work with me on our “coffee-table website” Gospel of the Trees. I hope you all have checked that out already, but if not, please do! It’s one of my favorite projects ever. (And it’s not complete – I don’t think it will ever be complete.)

A few other things from me:

In an earlier edition of this newsletter I pointed you to a performance of Bach’s Easter Oratorio by the Netherlands Bach Society, and ever since then I have been obsessively watching episodes of that gifted ensemble’s noble attempt to record all of Bach’s compositions. What a delight and inspiration. I will just say this: If you are ever tempted to doubt that a loving God exists, and we are made in His image, then just watch and listen to the Netherlands Bach Society’s performance of that queen among cantatas, “Wachet auf, ruft uns die Stimme.”

Blessings to all until we meet again!

You just read issue #127 of Snakes & Ladders. You can also browse the full archives of this newsletter.