Welcome everyone, to the first Aleph Game Studio newsletter of 2021!

We have finally come out of the memorable year of 2020 and we are starting 2021 in the best possible way with some important news, hot off the press! 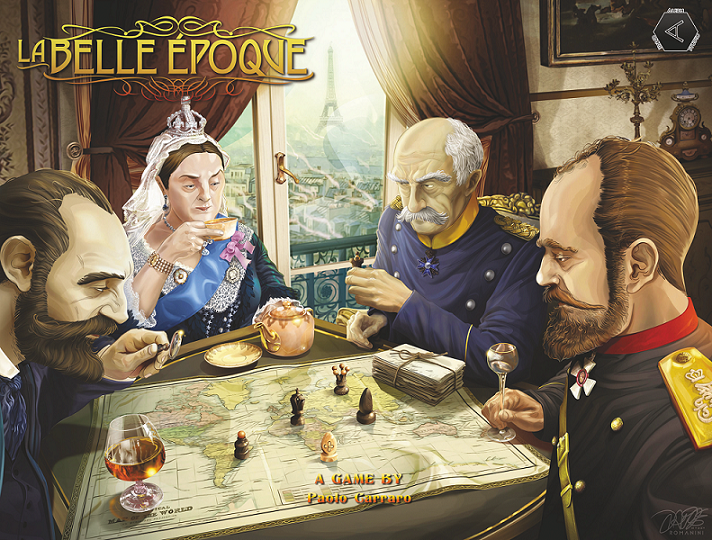 In 1880 a period of apparent peace has just begun in Europe, a peace which will end with the outbreak of the First World War. Great Britain, the Central Empires, France and Russia now compete for the domination of the last colonies. The Powers no longer clash on the battlefields, but in the smoke-filled of the diplomats. Colonial expansionism, international prestige, arms development and alliances with other Minor Nations will be the tools of your success. This is La Belle Époque!

You can watch the unboxing on our Youtube Channel! 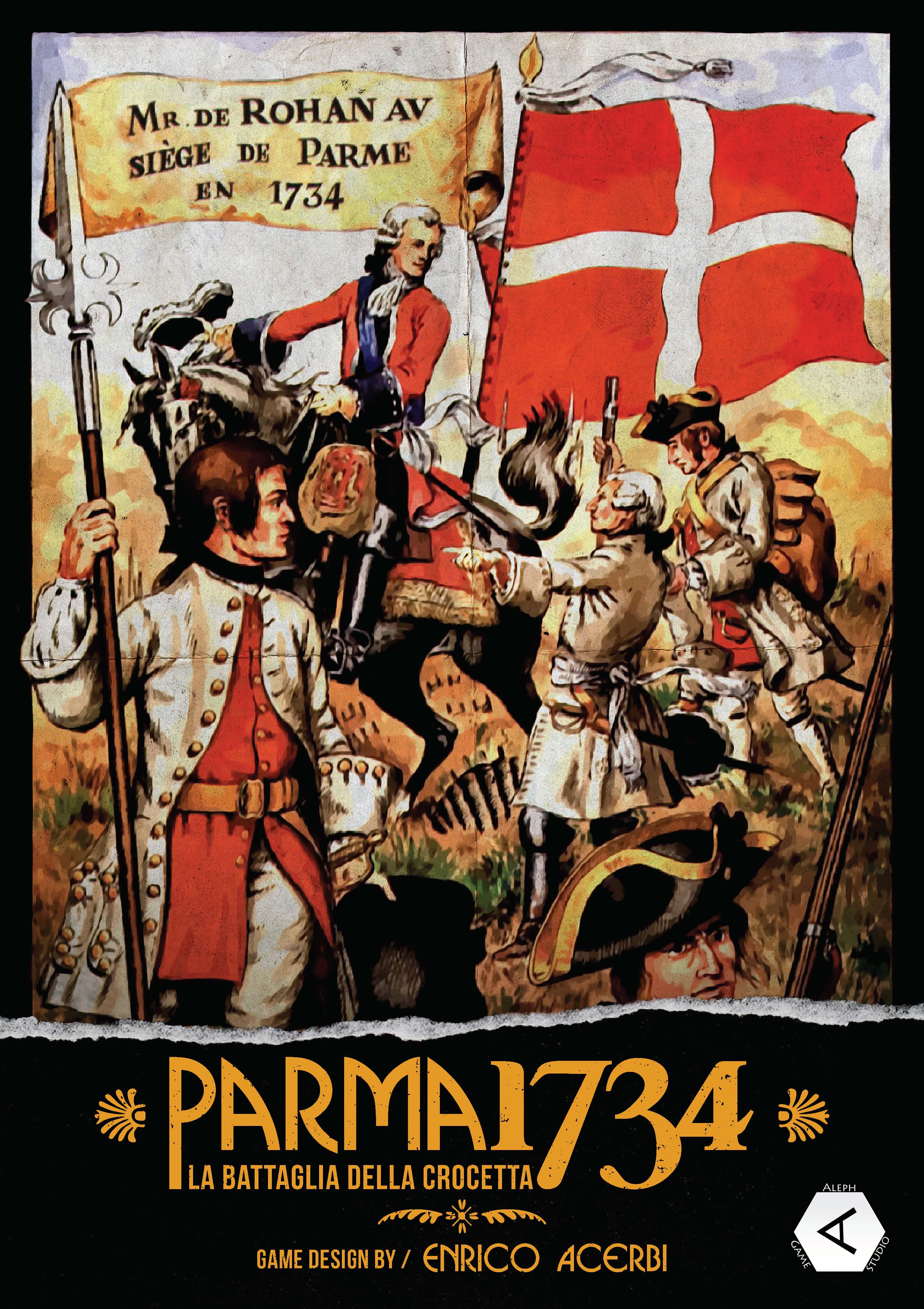 Parma 1734 (The War of the Polish Succession in Italy) is a 2 player battalion level tactical simulation. The system is called ” Command & Discipline” and is based on two concepts:
* each unit has a Leadership value which is used for firing and melee combat;
* each army is organized in Wings with their own leaders; each Wing will activate in the order decided by the player.
It is not a complex game and features a battle scenario and a small introductory scenario for the clash of the vanguards near La Crocetta.

You can also watch this unboxing on our Youtube channel!

What’s simmering in the pot?

Our next effort is definitely our first Kickstarter: 1947, our second title in the 18XX system! Set in India from 1836 to 1947, the year of Independence from the British Empire, 1947 features some unique elements that we will gradually reveal to you over our next few newsletters!
Players: 3-6
Time: 5+ ore
In the meantime, here’s a sneak preview of the draft box cover draft!

1883 - UPDATE KIT
Together with the production of 1947, we will be publishing our update kit for 1883. Once the ideas and materials have been finalised, the kit will include: wooden cubes to indicate mountain, hill and flood hexes, cylinders to indicate the stages of the various concessions on the map, reprinted hexes as well as concessions counters and other additional material, player aids, a tile upgrade sheet, and a new edition rulebook incorporating all current known errata and clarifications. We are also evaluating the possibility of reprinting the game map with an additional board for the Stock Market.

BAROQUE - Remastered
Having finalized our two recent productions (La Belle Époque and Parma 1734) we are now working on an improved version of Baroque with regards to materials and a thorough revision of the rules. In this case too, we will produce an update kit for those who have already purchased the first edition.

But that’s not all, the future holds a number of other surprises (in no particular order):

Make Italy (by Tito Leati): this game recreates the setting of the campaign for the Unification of Italy at the time of the Expedition of the Thousand (1860). Players control the 6 Factions involved in this hard-fought struggle (Italian Patriots, France, Austria, the Kingdom of the Two Sicilies, the Papacy, and the Kingdom of Piedmont). By moving and placing their Agents and Troops on the map, the players will confront each other diplomatically and militarily, forming alliances and fighting battles as they contest for control of the future unitary state.

18Zoo (by Paolo Russo): our third title on the 18XX system is in the course of final playtesting and we are pleased to say that it is confirming all its potential in terms of a maximum of 2 hours play for up to 5 players.

Zuid Afrika (by Enrico Acerbi): this gripping game uses an asymmetrical mechanic to simulate the struggles of the Second Anglo-Boer War, and has just entered the final development phase.

La Guerra di Cognac (by Gian Carlo Ceccoli): this title too will soon enter the final development phase. Inspired by the Thirty Years War game published by GMT Games, and set in Italy between 1526 and 1530, the game depicts the War of the League of Cognac. This war was one of the eight fought during the Italian Wars between 1494 and 1559 during the Renaissance period.

Red Shirts (by Enrico Acerbi): utilising the same asymmetrical system of Zuid Afrika, this game simulates the campaign for the unification of Italy beginning in 1859.

Conquistador 2nd edition: one of the most well-known titles designed by the late Richard Berg, we intend to resume development on this title as soon as possible.

1813 Glory’s End: after having finally completed our verification and study of the map and the game scale, we have begun to take the first steps to put this project back on track.

The Glory That Was Greece: set in ancient Greece between 750 and 500 BC, this game uses the same system as Baroque and therefore will also enjoy the benefit of the remastered version of its predecessor.

Risorgimento: we are working on the first draft of the rulebook, with the intention of better depicting the true art of the Risorgimento.

The Dutch Revolt (by Michael Gilbert and Enrico Acerbi): in this simulation of the Dutch Revolt between 1566 and 1609, players will relive a conflict that unfolds through four intertwined spheres: the economic, the religious, the military and the political.

1841Plus (by Manlio Manzini): our fourth title in the 18XX system is a new edition and reinterpretation, by the original designer, of the classic 1841 game set in Northern Italy, with updated mechanics and the possibility of playing it together with the (also upcoming) 1843, set in Central Italy.

And so now, off we go to playtesting! Thanks for reading!

See you next time!

You just read issue #2 of Aleph Game Studio. You can also browse the full archives of this newsletter.