How to Stop Helping Men Who Don't Deserve Your Assistance 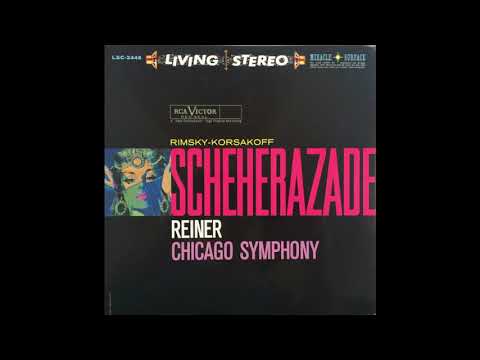 After my last installment I received fan mail from a male colleague who has, on more than one occasion, written to let me know that what I wrote resonated with him. For the second time, he included in his missive a link to a two-year-old blog post of his own about how frustrating freelancing has become. After kindly wishing me a speedy recovery from mono, and letting me know how much he identified with specific aspects of my post, he ended his email by asking me to share his link.

I clicked the link and re-read his blog post, and even though I found it exceedingly bitter and self-pitying, I briefly considered just being the nice, helpful lady I was long-ago programmed to be, and sharing it. At the last minute something made me resist that self-defeating reflex. I wrote back thanking him for his kind words but letting him know that while his post resonated with me, I was going to hold off sharing it. Literally seconds after I sent my reply, I received a notice from Buttondown that he’d unsubscribed from my newsletter.

Translation: You aren’t going to help me in the way I asked you to? Then fuck you, lady. Never mind that in the very installment he complimented, I wrote about my disdain for transactional careerism.

I was deeply unsettled by the sharp turn this interaction took. I felt a mix of ancient, misplaced guilt, but more than that, visceral fear. I’m a survivor of intimate partner violence, and other violence perpetrated by men from my past, and obviously I live in a patriarchal culture in which huge power imbalances between men and women persist. All of this leads me to tremble when I detect men’s disappointment and anger directed at me, or even just in my vicinity.

Not to re-re-reignite “Cat Person” discourse, but I was reminded of the turn of events at the end of the story: Margot agonizing over how to let Robert know she’s not interested in him; her friend grabbing Margot’s phone away from her and texting Robert on Margot’s behalf, “Hi im not interested in you stop textng me.”; Robert’s replies—first testing the waters lightheartedly to see if she really means it, then, after she continues to stonewall him, demanding, “Answer me,” and finally typing “Whore.”

When I first read “Cat Person,” I identified most strongly with that part of the story. As a younger woman, I lived various versions of that—having men deride and punish me in assorted ways for not giving them what they wanted, what they felt entitled to, when they wanted it. It happened in my home, in my dating life, on the job.

I’m still reeling from an interaction with a boss from a decade ago, a man who put me on the spot on my last day at his company. Sitting alone in the dark in his office after everyone else had left for the weekend, he called to me as I tried to sneak out. “You’d better come in here and and explain yourself to me,” he demanded. I went in and found him sulking, slouched on a bean bag chair. He wanted more of an explanation for my departure than I’d provided in my resignation letter. I immediately started yammering. “You know, I just don’t love job-jobs,” I said, emitting a nervous titter, “I don’t love working in offices where I catch everyone’s colds, hate fluorescent lighting…” Ha ha ha. I felt like Scheherazade, trying to talk my way out of whatever danger my body viscerally perceived, keeping things light, deflecting from the truth.

“You made me fall in love with you,” he said, cutting me off, “and now you’re breaking my heart.” I didn’t know what else to say but “sorry.” Then I high-tailed it out of there, shaking.

I’m dealing with this once again, right now, with an emotionally abusive ex from over 20 years ago—someone who turned to me during pandemic winter in the midst of a major health crisis and apparent emotional breakdown; who then, after moving past the worst of his crisis, started obnoxiously demading my attention several times a day, every day; and who now keeps harassing me, ignoring my fairly measured requests for him to leave me alone. Measured because at a deep level, my programming tells me he is entitled to my attention, my assistance, my undying kindness, even when he is ungrateful, and disrespectful of my time and boundaries. Measured because I’m afraid of how he might react to feeling “rejected.”

This ex is operating under the misapprehension that I’m still the same old doormat he met in the late ’90s. He doesn’t know that for decades now I’ve been working to become aware of and counteract my bad conditioning. He doesn’t know that this process became intensified and accelerated in the past couple of years.

A switch began to flip inside of me in October, 2019, after a former co-worker called me, out of the blue, asking me to help him promote his then forthcoming memoir.

As per usual, a man said, “Jump!” and I responded, “How high?!” I even agreed to drive to his house, an hour-and-a-half from mine, to adivse him for free. I called back to ask him if it was okay if I didn’t do that. “I have so much work on my plate right now,” I said timidly, asking for his permission to be excused from traveling three hours roundtrip to assist him. He was willing, he said, to meet in the middle instead, and after I heard the word “okay” emerge from my mouth, I added, tentatively “Or…you could come to me…?” He tentatively conceded. Then, on the agreed upon date, he canceled at the last minute, which shouldn’t have surprised me as a one-time member of his retinue of appointment “cancelers.”

The anger that arose in me then was nothing compared to the rage that filled me the following winter, after I read his memoir. It made clear to me that I had been terribly gaslit—that at the beginning of his addiction, my co-worker had either framed me for his sloppy errors, or let me take the fall for them when others blamed me.

If you’re a long-time subscriber, you know that I’ve written about this matter a bunch before. Please forgive me for returning to it. It blew my mind, and it’s made me have a new understanding of a pivotal experience in my career, as well as many other similar experiences in other areas of my life. I’m still making sense of it, and processing my grief and rage.

Turning this over (and over and over) in my head has helped me draw new boundaries with other men who think I’m just here to serve them—including that awful ex I’m trying to finally fully close the door on. Maybe today is the day I block his number.

You just read issue #77 of Adventures in "Journalism". You can also browse the full archives of this newsletter.