A note before we begin:

The following is something I’ve been wanting to write about for a while, and as such, it’s a little longer than what I normally put in this section. So I’ve broken it up into parts, and I am sending you just the first part today.

It’s not that I thought I was a “bad” person. But I did think I needed to be fixed.

I spent a lot of time in my 20s reading self-help material and following various self-improvement regimens. “Self-help” is a broad, fuzzy term, encompassing the gamut of motivational books and seminars, productivity systems, personality tests, more-or-less dubious spiritual and mystical theories, pop psychology, diet and workout trends, and even business and leadership material. I’m talking about books like The 7 Habits of Highly Effective People and You Are a Badass, and productivity systems like Getting Things Done, and the Atkins diet, and Crossfit, and Strengthsfinder and Myers-Briggs, and pickup artists and the Law of Attraction.

What unites all these is that they appear to offer a system to base your life on, or a guru to follow who could provide all the answers to life’s problems. All one had to do was adhere to the system faithfully and exactly.

At least, that was how I interpreted the offer. It turns out that there is a healthier way to engage with this material, but I learned that lesson the hard way.

From about 2007, just after I graduated college, until 2012, when I a) got married, and b) found a real mentor, I bounced from one book to another, one system to another, one guru to another, constantly falling under spells, and avoiding searching my own soul for the answers I was seeking to my biggest questions: “What kind of life do I want to lead? What are my priorities? What does success mean to me?” Despite all the promises these people were selling me about how their approach would change my life, I did not really “improve” or become more “productive” or “efficient.” It was like eating junk food, empty calories. I was consuming, consuming, consuming, but never feeling satiated.

I did make serious changes for the better during those years—more punctuality, better listening, less fast food—and a lot of this revealed the influence of being in a relationship with a strong, loving, mature partner (as well as simply getting older). I made the strides in maturity that were necessary for us to flourish as a couple, but while this wasn’t certainly not easy, it was also the minimum. My relationship goals were clear, but what about my personal and work goals, in the sense of a life’s work? What was I doing with myself, and where was I headed? I still didn’t know.

I was trying to build a skyscraper by starting from the observation deck. What, exactly, was the nature of this “self” I was trying to improve? Become more productive at what? And to what end? Peter Drucker said: the biggest waste of time is trying to make more efficient that which should not be done at all.

The thing that really set me down a different path was when, in early 2013, I started seeing a Jungian psychotherapist named John. Among many other services, John helped me uncover my pattern of seeking answers from others to questions I hadn’t even asked myself.

One day in 2014, I walked into our session and pulled a new workbook out of my backpack to show John. It was a productivity project from one of my favorite authors, the marketing expert and cultural pontificator Seth Godin. He had learned this system from his own mentor, sales legend Zig Ziglar, and repackaged it for his readers. Double guru power! I was proud of myself, and very excited by its promise. I felt like the kid bringing his new pair of roller blades to show-and-tell at school; the teacher was totally going to give me a gold star for this. The workbook was called “Pick Four,” and the idea was that you pick the four most important projects you want to work on, and do at least one thing each day to advance each of the projects.

Thinking about it now, it does sound like a solid enough tactic for making progress on some work. But to me, at that time, it was much more than that—it promised to be the One Thing that would Solve All My Problems, if only I could force myself to stick to it.

I seriously thought I had finally found the thing that was going set me on the path to… somewhere, but John knew better. He did not mirror my pride; instead, he responded incredulously as I stubbornly insisted that using this tool would be like waving a magic wand over my life. He began to get very animated, and he said:

“This stuff Does. Not. Work for you.”

This tough love felt demoralizing. It made me angry. I honestly don’t know enough about the practice of therapy to know if this was one of John’s methods: was he using an exasperated tone for effect, because I needed to hear it in just that way to get it through my head? Or did he get genuinely frustrated with me and let his persona slip?

I don’t know. But I remember what he said.

America Is Trapped in a Pandemic Spiral — Ed Yong

This actually came out in September, and has been sitting in my Chrome tabs since then. But I finally read it, and it was probably more interesting to read it now and see how its forecasts for the fall mostly came true. Ed Yong has been doing excellent work since the pandemic began, and here he lays out, one after another, all the cognitive biases—a serial monogamy of solutions, personal blame over systemic fixes, a reactive rut, etc.—that have hamstrung this country’s response to the virus.

The Rotting of the Republican Mind — David Brooks

What to do? You can’t argue people out of paranoia. If you try to point out factual errors, you only entrench false belief. The only solution is to reduce the distrust and anxiety that is the seedbed of this thinking. That can only be done first by contact, reducing the social chasm between the members of the epistemic regime and those who feel so alienated from it. And second, it can be done by policy, by making life more secure for those without a college degree.

When the World Seems Like One Big Conspiracy — Yuval Noah Harari

The author of Sapiens on how the “global cabal” conspiracy theory works, why it is so potent and alluring, and an important acknowledgement:

There are, of course, many real conspiracies in the world. Individuals, corporations, organizations, churches, factions and governments are constantly hatching and pursuing various plots. But that is precisely what makes it so hard to predict and control the world in its entirety.

In the 1930s, the Soviet Union really was conspiring to ignite communist revolutions throughout the world; capitalist banks were employing all kinds of dodgy strategies; the Roosevelt administration was planning to re-engineer American society in the New Deal; and the Zionist movement pursued its plan to establish a homeland in Palestine. But these and countless other plans often collided, and there wasn’t a single group of people running the whole show.

Today, too, you are probably the target of many conspiracies.

Seth Bogart — “Oh Bondage Up Yours!“

I don’t have anything clever to say about this one; it’s just an insanely fun reworking of the classic X-Ray Spex track, done up in a modern new wave style. 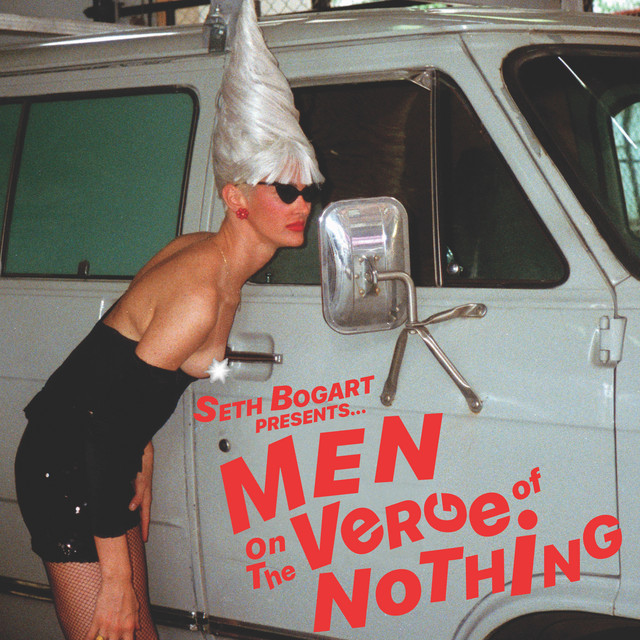 Oh Bondage Up Yours! - song by Seth Bogart | Spotify

If you received this email from a friend, you can sign up here.

Thanks for reading. Please take care, and write back if you can!