When I first played PUBG for hundreds of hours I could visibly notice myself becoming better at making and sticking to plans. The game is so open and you’re constantly threatened, so if you want to get good it forces you to come up with your own structures to deal with all the inherent uncertainty and randomness.

Unity and Godot, artists and their hatred of money

Unity and Godot, artists and their hatred of money

A week ago John Riccitiello, CEO of Unity, said this: 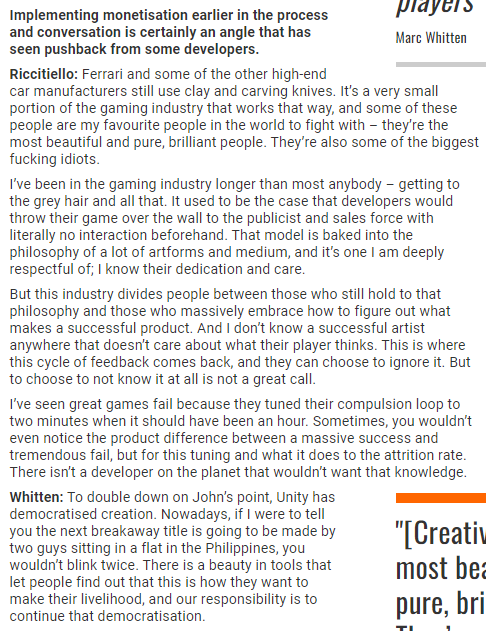 Information wants to be free, culture follows evolutionary flows — viral memetics — and accreditation, provenance, patents, copyright are all burdens that strangle the free flow of the work and ruin its memetic fitness.

Recognize memetic culture cedes no authorship, no credit; art is produced in a lucid state playing handmaiden to collective unconsciousness — and accelerated by the web — Art comes from beyond the self, comes from the network, or God. Claiming it is hubris. Plagiarism is thus praxis, freeing work from hindrance.

In 202X, indiedev X releases his game. It’s a smash hit. In a matter of weeks it has 100k reviews and millions of copies sold on Steam. X also did the unthinkable: he made his game open.

The code was MIT licensed and made to be modded from day one, and more importantly, the IP was also open. This meant anyone could use the game’s assets, characters, story, etc, to make derivative products and build upon X’s work without having to pay him back any royalties.

There is no competition among indie developers. The more successful indie games there are on Steam the higher your future chances of success as an indiedev.

Outsized success creates demand for more games similar to it, and as more of those games are created and each further outsized success happens, a new genre starts to establish itself.

As the audience for this new genre increases, more developers are enticed to make games for it, creating a positive feedback loop that only ends when no more outsized successes for it happen.

Body to mind coercion is the default state. Strong ancient instinct is a natural winner, which is why you eat and play more than you should, and exercise and work less than you should.

Mind to body coercion is slow and painful. Convincing your body to do something it doesn’t want to takes time and effort - new habits have to be built from scratch, old habits have to be resisted and then forgotten.

Why indiedev creativity is stagnant and how to fix it

Why indiedev creativity is stagnant and how to fix it

April Fool’s Day is a great example of how agreeableness acts as a blocker on creativity. Only on the day where wild and silly things are socially accepted do companies try aggressive changes to their products that might make them a lot better, as the social cost of change becomes lower.

For instance, Path of Exile’s battle royale mode started out as an April Fool’s joke. People liked it so much they constantly asked for it to be brought back over 3 years. Eventually the devs gave in and implemented a full version… that no one ended up liking. 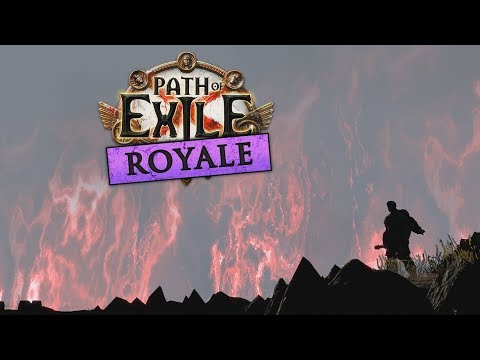 I’ve played Super People’s closed beta for about 300 hours for the past month or so. I have a pretty good understanding of the game by now and I managed to reach a good rank (~#40 global, although if the game was properly populated I’d barely be able to reach top 500 at most, since I’m not that good). The point being that everything I’ll say comes from a place of good and fair experience. 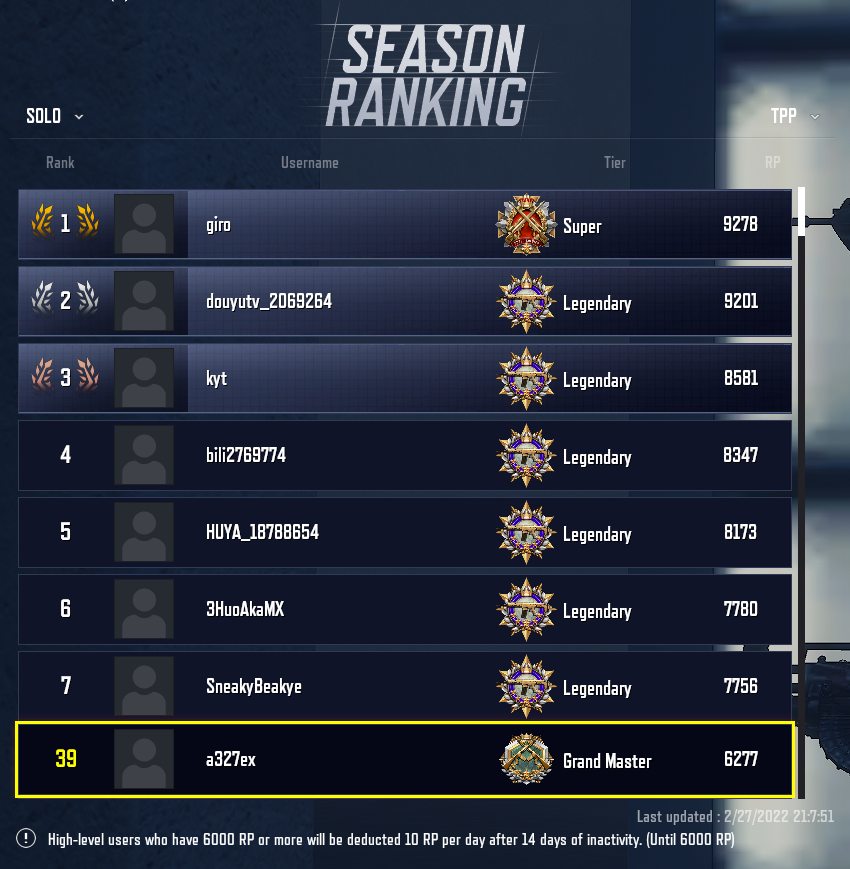 The main reason for writing this post is that Super People has a few interesting design problems that tie in with issues I’ve been thinking about recently relating to openness, conscientiousness and game design so I thought it’d be worth writing it down.

The cons of compassion

The cons of compassion

Agreeableness is one of the traits in the big five personality index. This is a statistically derived survey-based personality assessment tool devised by psychologists over the past few decades.

It can be divided into two subtraits: compassion and politeness. The compassionate are more likely to empathize with people, to care about their feelings, to be concerned for them, to want to be connected with them and affiliate with them emotionally. Politeness refers to the tendency to avoid aggression, to not exploit people, to not take advantage of them, and to respect things like social rules and norms, as well as authority more generally.

You would think that more compassion and more politeness is always good, but that’s wrong! As a general rule, for all personality traits, the extremes always have pros and cons.

Recently I got in trouble over saying the n-word. Yes, that’s right. More specifically, I said that I had a generally positive view on them… Gamers currently don’t take kindly to folks with these newfangled fancy ideas ‘round these parts, so this kind of pushback isn’t unexpected. What was surprising was that, like in ‘em good ol’ days, I even got called an “n-word lover” by this here boy what calls himself ‘DANDEE L’OREO’:

It’s very sad to see how much the gaming community has regressed lately, it’s almost 2022 for crying out loud! Alas, I can brush off these kinds of comments easily, but I thought it’d be good to use this curious event as an opportunity to talk about the broader idea of status yet again. I have already talked about this extensively in previous posts, but having yet another post talking about it in even more detail is going to be good for future reference.

I’ve been following crypto since 2012 and I first got interested in it mostly for academic reasons. It was an interesting development in computer science and I followed it somewhat closely for a couple of years. I feel like I have a fairly good understanding of it, but I’ve been really on and off about paying attention to further developments since like 2014-2015, so if anything I say here is wrong, please feel free to correct me and I’ll update the post.

Essentially there are two ways to keep track of money, or of who owes who what: tokens and ledgers. Tokens directly represent the state of reality. If you have a gold coin, you have the coin. If you give it to someone else, you don’t have it anymore. Ledgers indirectly represent the state of reality. Transactions are written down and the balance of each account can be derived from the transactions and their order.

This e-mail was sent to you because you subscribed to my newsletter at a327ex.com.