What's Up Wednesday #19 - the US Democracy?!, Taking pictures with Math, Urgency vs Importance

What’s Up Wednesday #19 - the US Democracy?!, Taking pictures with Math, Urgency vs Importance

Whats up with the US Democracy?!

🤬 In politics, the past weeks were intense and dangerous. The US Capitol was stormed by fanatic Trump supporters who were fed by lies of spineless, deceptive, and populistic politicians. The videos of that event looked like a civil war and finally, Twitter removed Donald Trump’s account, and Parler a right-wing social media platform was banned from the App Stores. Some people see this as an intrusion of freedom of speech. In my opinion freedom of speech has a limit. Lying about elections and supporting violence certainly is not free speech. It is spreading hate, disappointment, and actively eroding democratic principles. Check this video message from Arnold Schwarzenegger. I hope he is right in arguing that these problems and failures will make democracy stronger. A successful second impeachment would state that finally, the US democracy does not like to be fucked over.

I want to show a newspaper image from 1942 that somewhat fits the current situation: 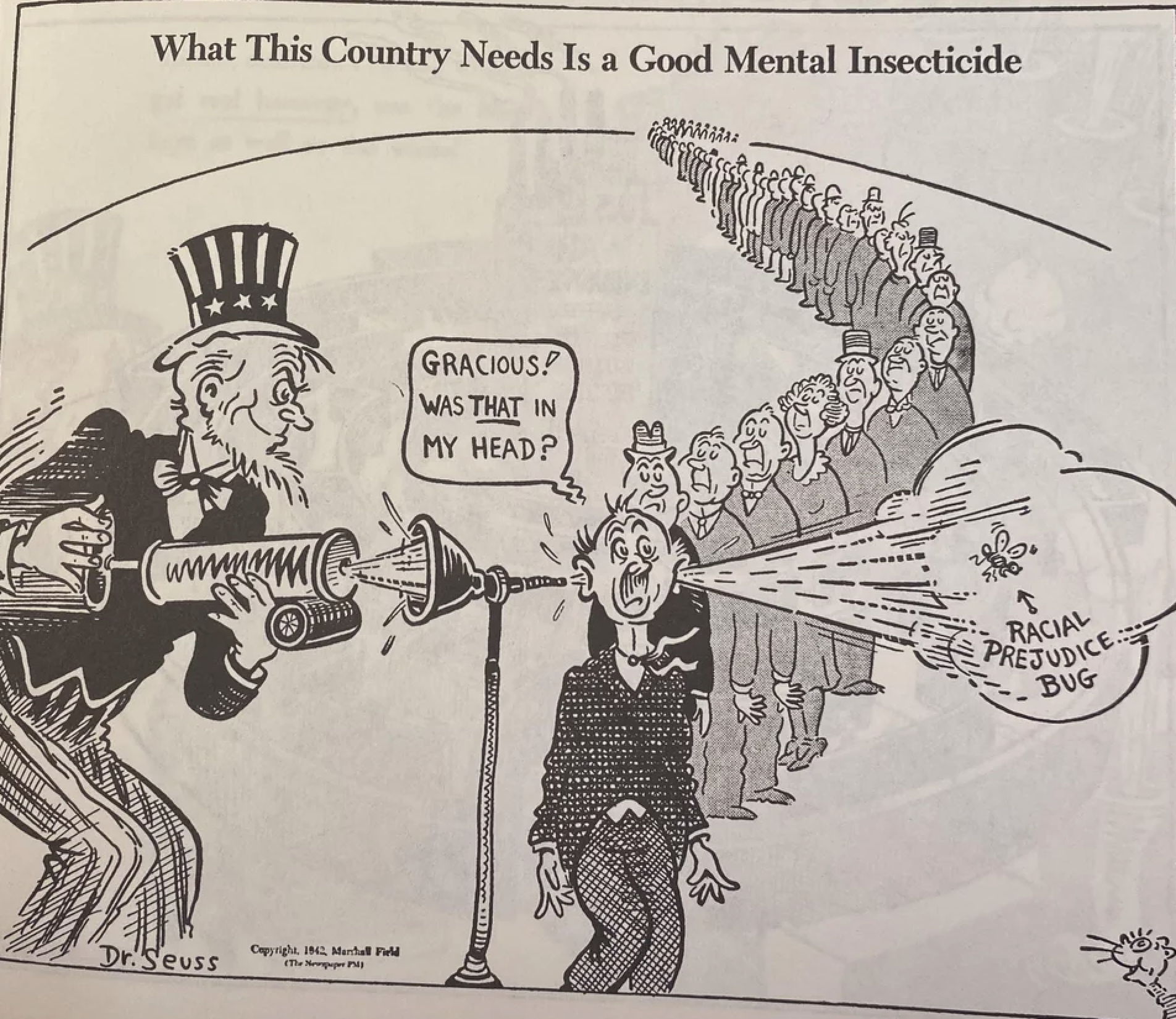 🎓 Everyone who likes Math and Science should check out this video. The title says enough: „Today we are painting a girl taking a selfie, with mathematics.“ It is incredible. Overall he defines one function f(x,y,t) with the pixels coordinates and the time as an input, and this one function renders the whole image/short sequence.

👍 One thing that I observed is that people don’t stick to their plans or resolutions because of various small distractions. Especially things that are extremely important but not urgent fall into this category (e.g. getting fit, spending time with family). Saying „I don’t have time for (insert a very important, but not an urgent personal goal)“ just means that your priorities are dead wrong. This article speaks about that. Recommend to read it if you often don’t do important things because you do not have time now because some unimportant but urgent thing requires your attention.

You just read issue #19 of What's Up Wednesday - by Moritz Wolf. You can also browse the full archives of this newsletter.