Comparison is the primary sin of modern life. - Michael Ray

🍀Some positive news for the start of this year: The Danish climate minister is closing down the nation’s oil and gas industry. Denmark wants to cut its emissions by 70% by 2030. With Denmark being the second highest producer of oil, I am interested

🚘 Have a look at Drive and Listen and drive around different cities of the world listening to local radio. Very nice way to immerse oneself in how it feels to be in a certain city.

☁️ Ranking cities by air-pollution shows an awful reality. Nearly all of the worst 500 cities are in China or India. Not a single European City among the top 500 most polluted cities (however South-Corean Cities appear after #350). The worst-polluted cities in Europe are Bosnia Herzegovina, Serbia, Italy, and Poland. This gives me the impression that the most-developed countries not only outsource jobs to low-labor cost countries but also the pollution that is created by building their products…

😇 This article states some ideas that are very likely to be true. Here are my top three from that list: * Most professions would benefit from at least one a day month where you did nothing but think.  * Once-in-a-century events happen all the time because lots of unrelated things could go wrong.  * Risk is what you can’t see, think only happens to other people, aren’t paying attention to, are willfully ignoring, and isn’t in the news.

🍝 In the ’30s the Futurist movement wanted to ban pasta in Italy. Yes, you read correctly. They wanted to replace pasta with rice. After eating noodles your “thoughts wind round each other, get mixed up and tangled like the vermicelli you’ve taken in.” Raging opponents of this claimed that „the Angels in Paradise eat nothing but vermicelli with tomato sauce.” And the past-enemies countered that paradise is an “unappetizing monotony”). Read the crazy arguments in this article on mentalfloss.

☕️Cosmic latte (#FFF8E7) is the average color of the universe, according to astronomers from Johns Hopkins University. It’s not the most amazing color to be honest: 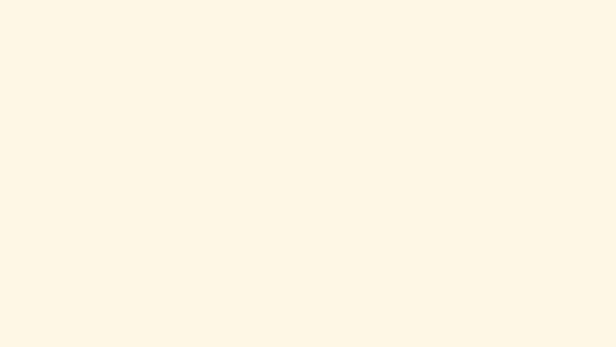 You just read issue #18 of What's Up Wednesday - by Moritz Wolf. You can also browse the full archives of this newsletter.