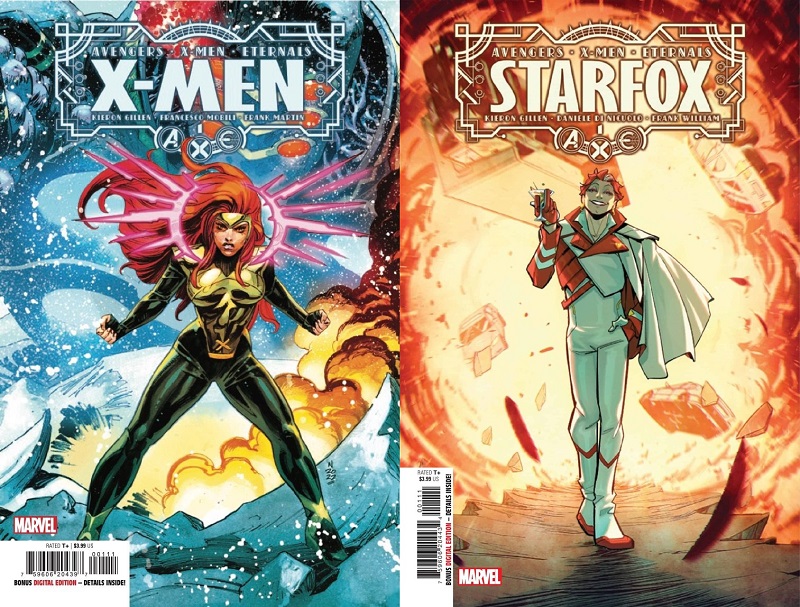 The second week of the interregnum between Issue 5 and 6 of Judgment Day, and we have AXE: X-men #1 and AXE: Starfox #1. Despite what I said last time, Death to the Mutants #3 is actually next week. If you want to know an official reading order, then in this case, it really doesn’t matter. They’re two parallel self contained incidents during the period.

Anyway – AXE: X-men continues our teams dungeon delve of the Progenitor, while the Progenitor take a dungeon delve into the cast’s consciousness. This time we’re centred on Jean Grey, who is a lot, in a completely different way to Tony. For all the high stakes, this is another deep character concentration, and sets up Jean for our final confrontation. Francesco Mobili draws and Frank Martin colours, and creates a real painterly, classic look here. Also, Jean’s hair is appropriately enormous. Telekenetic Hairspray is the best.

AXE: Starfox is Daniele Di Nicuolo and myself (and Frank William on colours) trying to set the stall out for rethinking Eros, a character who I feel tends to have been failed by his writers. This is effectively the fourth of the Eternals specials, taking the format of the Uranos one. As in, a study of a character’s history embedded in a present day situation. People were asking about Eros when I was doing Thanos, and I think they go hand in glove (or hand in Infinity Gauntlet. Whatever.) I also have some fun writing Zuras – he’s a character who I haven’t exactly done much with, and generally has had a Bad Time in my run. I try to give a stronger take on him here. And Sui-San too, for that matter.

There’s previews for both books out, and you can read AXE: X-Men here and AXE: Starfox’s here.

Let’s show a page of Starfox, as the X-men preview is from the middle of the issue, and this is the opening… 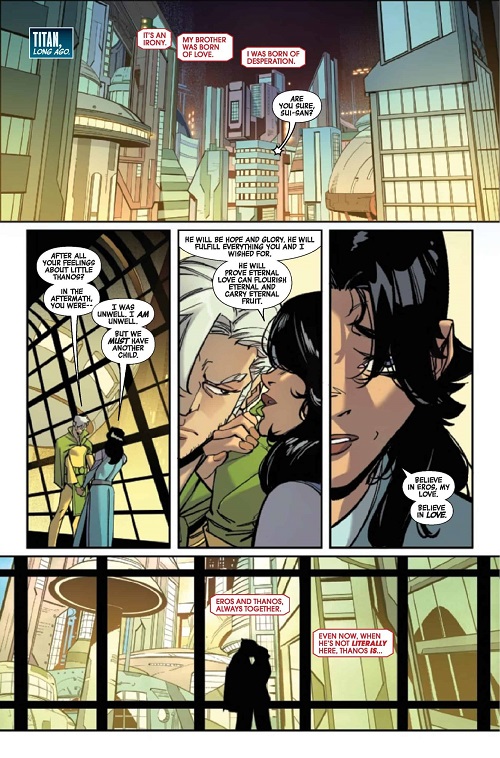 Back next week with AXE: Eternals #1, Immortal X-men #7 and Death to the Mutants #3. 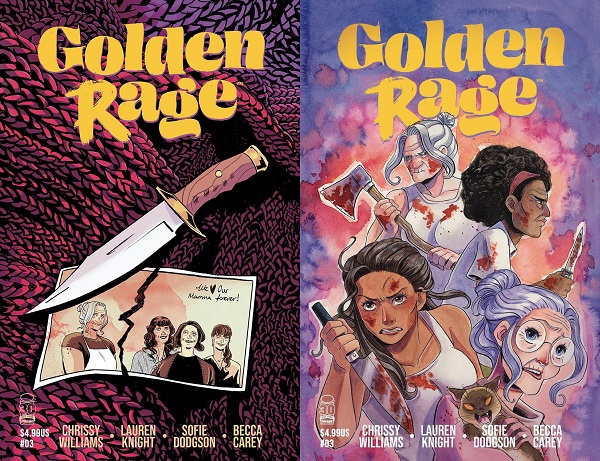 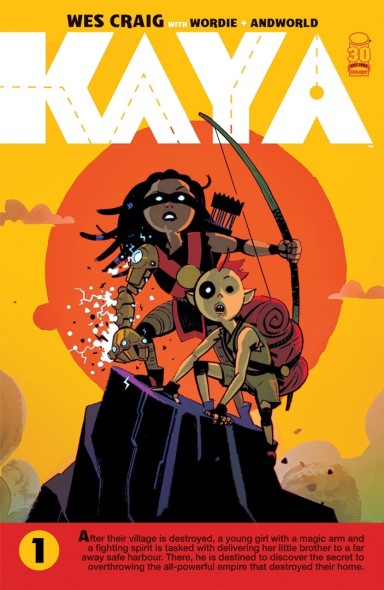 I did manage to fit in a Decompressed. I’m not sure how. This time I talk to Wes Craig about Kaya #1, which is out today and a lot of fun.

Wes actually turned a question back on me, asking how I create characters, and my answer has been nagging at me ever since. What I said is certainly true, but not complete. I describe a couple of tactics which I often use, but they’re not really the whole toolset. I suspect this is worth writing about down the line.

I also see there’s a link to a logo generator in libsyn now, so maybe I’ll actually work out a way to have a proper station ID instead of the minimalist stuff I have now? That’d be nice, right? 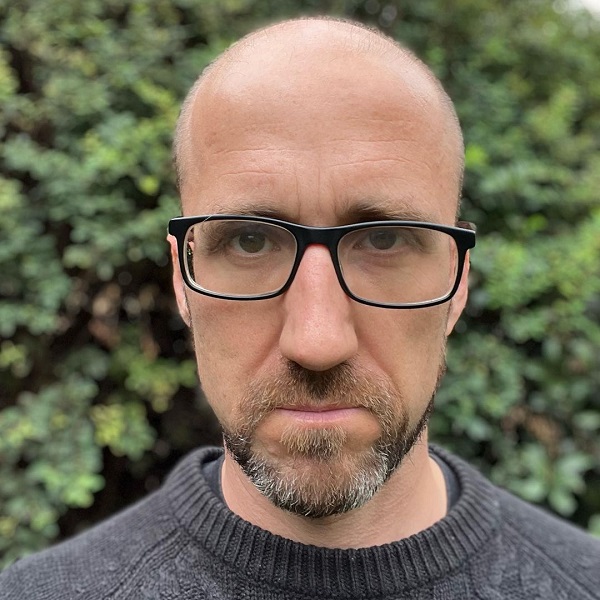 In all these decades, I still not have learned to convincingly smile.

So, after 9 days in the plague house, I ended up turning up positive. The day after my birthday. I feel fine – the only real significant symptoms I had was the day before I was positive, when I had a cough. Now, I’m basically asymptomatic.

But this is the first day I’ve actually been back at my real working desk in the shed in the garden. While I’ve managed to do work, it’s been small stuff. In reality, I haven’t written a page of script in over a month. This is something that hasn’t happened in as long as I can remember.

It’s been weird, and I can feel my anxiety spike at the very idea of it. I am also aware that there’s part of me that has loved the simplification of life – I cook, I clean, I make sure Iris doesn’t pull the coffee table down on herself. It’s like cosplaying a hobbit for a while. These days are precious, and I’m trying to be conscious of that, even when I’m imagining that I can hear dawn lurch over the horizon as Iris has decided that sleep is for weaker beings, and is working on her sit ups.

But I am back in the shed. I’ll start work on another script, likely tomorrow. With the deadline pushed back a month, I’ll be able to write them in order. There’s also the joy of the nearly-complete DIE RPG manual that’s arrived, which I’ll be doing last pass tweaks (the bare minimum, to avoid Zach murdering me) and pulling the details we need for the character sheets.

I am tired. I will stop.

You just read issue #235 of Kieron Gillen's Wordmail. You can also browse the full archives of this newsletter.