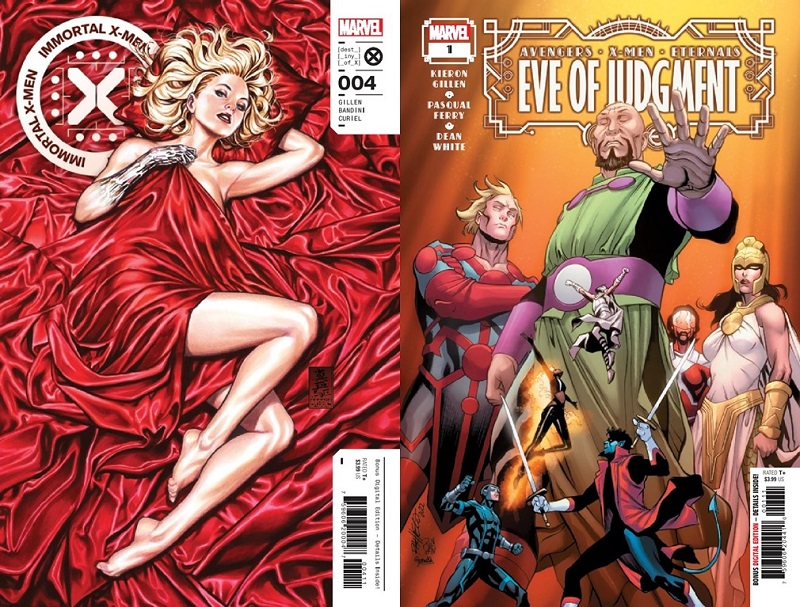 Unfortunately, the 4th of July has caused some delays in shipping to the UK, so all Marvel books won’t be on shelves until next week. They’re still available digitally. For those who do get the comics this week, my suggested reading order is to read the Gerry’s Hellfire Special first, then Immortal X-men 4 and then Eve of Judgment. Assuming you’re getting all three, obv.

Immortal X-men 4 is our Emma Frost perspective issue, responding to the events of the Hellfire Gala and being broadly miffed. The Preview is here, but I’m not putting it in the newsletter, as it’s from the middle of the issue, which always feels a little spoilery for those who are already buying it. If you’re not onboard already, and want a taste of the political movements of the book, specifically dealing with the world’s response to Mutant Immortality going public , click through, as this stuff is fun. Or bleak. Your pick.

AXE: Eve of Judgment is the prologue to this whole Judgment Day thing. Cripes. You’re finally able to read what I’ve been breaking myself writing. Eve of Judgment started conceptually as Eternals 13, so was already conceived of as a clean jumping on point and reintroduction of everything that’s been going on with Eternals. That’s been expanded to be useful for anyone reading Judgment Day, but also moves everything along for those who’ve been following the story. How are the heroes feeling? Is Phastos still in the cell? What’s that scamp Druig up to?

Well, here’s the first two pages of the preview… 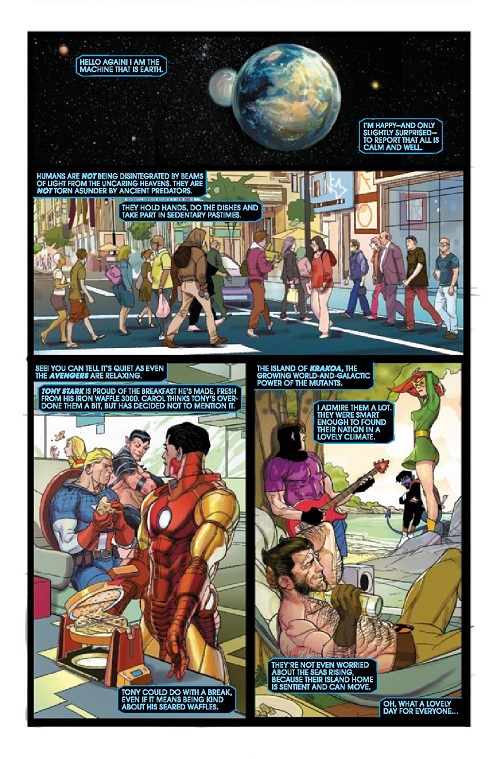 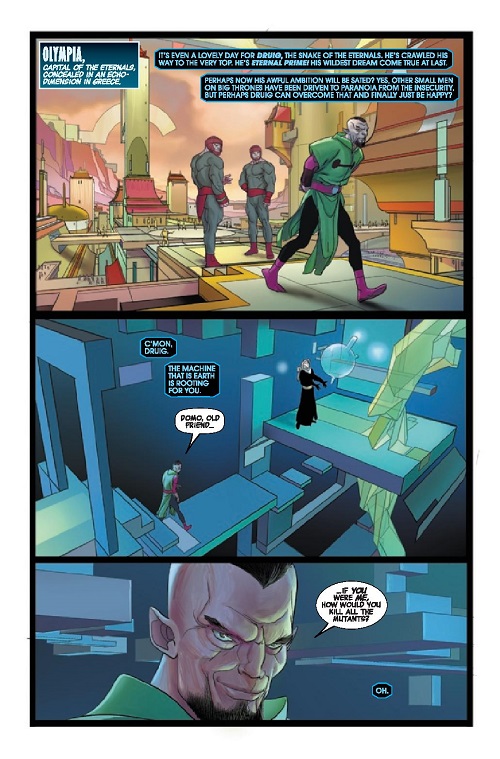 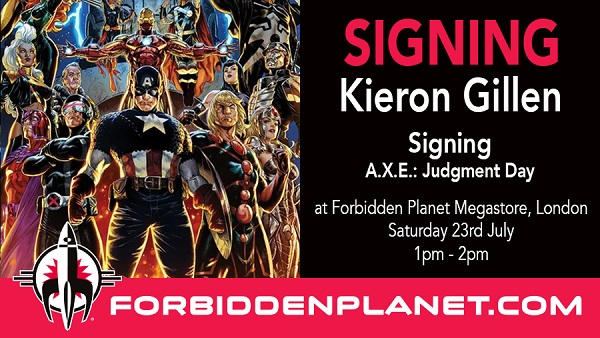 With Judgment Day starting properly next week, I’m going to do an actual signing. I’ll be in the London Forbidden Planet on the 23rd from 1 to 2 pm and… oh, look at the image, will’ya? And if you have images turned off, you can click through for all the hot details.

The word “Hot” is going to permeate this newsletter, for obvious Britain Is Suffering From A Temperature Which Confuses It reasons.

I have to plug Leah Williams and Carlos Gomez’s forthcoming X-Terminators. Out in September and is enough to make me start using the word “Berserk” again. For example… 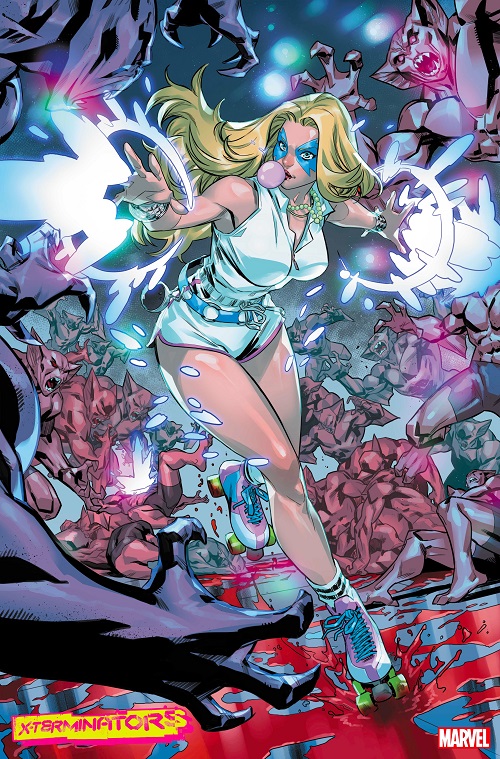 …and more in the preview

Iris fell asleep on me at the weekend, which meant that I was actually able to do some reading, and work through a bunch of PDFs. So hopefully I’ll be able to write about some stuff across the next few weeks. 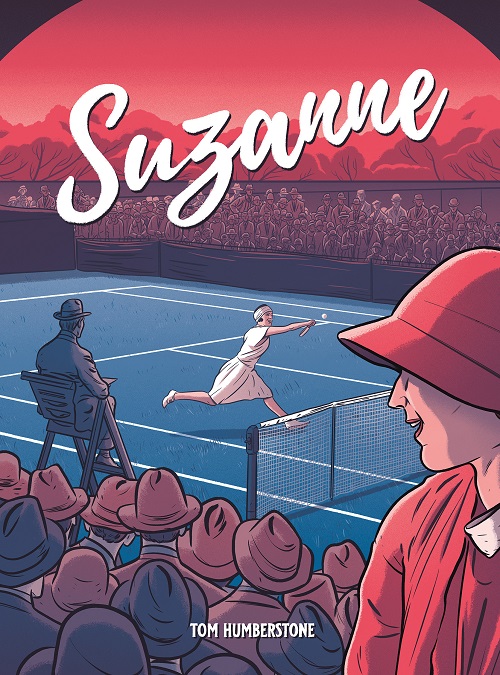 Yet, I am compelled by this, as if I’m at Wimbeldon, and this is a world-title game point that’s stretched on and on for nailbiting hours, and I can’t believe it’s not over yet, while also wanting it to go on forever, knowing that this whole place is going to explode when someone hits that final home run into the touchdown net.

It balances its function of a Sports Story, with a period piece, with a biography. This is a fascinating life, of a woman with a difficult relationship with (well) everyone. An awful, abusive, demanding father. Drinking Cognac between shots. Winning a frankly disturbing number of trophies.

Plus, it is beautiful. 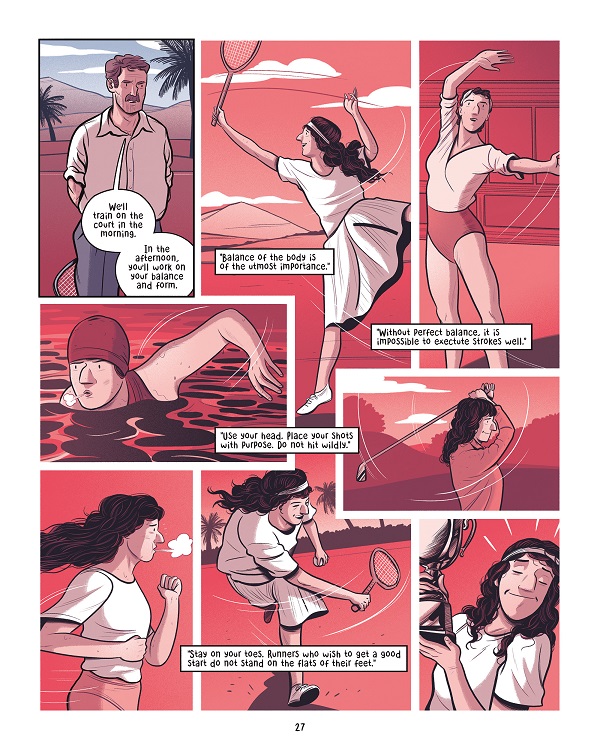 I’ve been a fan of Tom since his Solipsistic Pop days, and this is him at the peak of his powers. With the particular period setting and the sharp blacks of his line remind me a little of Lutes’ Berlin, but its Tom’s signature palette that sets the tone. Plus, he approaches the demands of a sport story, finding ways to make matches cleanly modxernist and thrilling, as perfect as a court’s white lines. Tom drew the final Phonogram story, and I find myself thinking that as Jamie and I were trying to do to music, Tom is doing to Tennis. It’s wonderful to see.

I love it. I forty-love it.

It’s coming out in September from Avery Hill. Pre-orders end on July 18th and its order code is JUL221312.

I’m writing this a day early, so I hope nothing major happens in the next 24 hours.

I’ve spent most of this week thinking of how spectacular a Prime Minister Boris Johnson proved.

Cameron fell due to a single colossal misjudgment born of ego – he didn’t even consider that they’d lose the Brexit vote. May wastorn apart by the political impossibility of her situation, essentially taking the beatings which allowed people to become tired enough with this nonsense for Boris’ equally lacklustre deal to pass. Go back further, and Thatcher was finally brought down by the response to the enormously unpopular Poll Tax.

They were all kicked out for things they tried to do or were unable to do. Policy failings.

You can see why he didn’t think he should go – it’s not even three years since he won a majority of 80 MPs. How can he have fucked it up so badly that he was being kicked out already?

Now to see what slurry jets out the party next.

Work? I’ve just finished my first draft of Judgment Day 6, which means I’ve sort-of completed the whole thing before even the prologue has come out. I’d normally go and polish this up but Valerio doesn’t need pages for a while for the best of reasons and Dan is burning through Once & Future 29, which means I think it’d be safer to prioritise issue 30 of that. I have no idea whether it’ll be an easy issue to do or a hard one. I think it’s going to be a case of putting it all down in a list and seeing whether it vaguely fills an issue, or not. If it doesn’t (er) I’ll work it out. In a very literal way, that’s the job.

I would write more, but my keyboard is on fire, and I’m scalding my fingers to even type this. Why can’t I stop writing? It only hurts me. And this. Also, this.

You just read issue #225 of Kieron Gillen's Wordmail. You can also browse the full archives of this newsletter.