I was planning to skip this week, but I realised something important is happening, which is time sensitive. So… 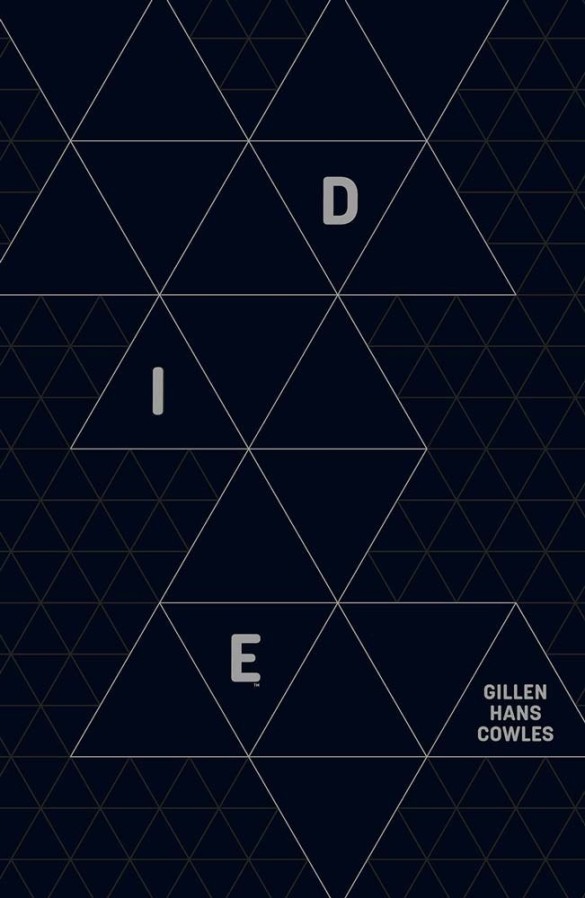 The coming Monday (5th July) is the cut off for pre-orders for the DIE HC, which is coming out in November. If you’re in the UK, it may even be tomorrow – it used to be a few days before the US. This is when retailers set their orders on a book, and Image then work out what they’re going to print based on that. You can still order afterwards, but they’ll be coming from whatever books Image end up printing.

WicDiv was the first Hard Covers we did, and we’re very proud of them. But one of my most common questions I get “are they coming back into print?” The answer is “almost certainly not” and I’ll explain why in a minute, but this is why I wanted to remind people about pre-orders. If you really want one, it’s definitely worth your time ordering one to ensure you’re not disappointed.

So, if you do, talk to your retailer ASAP. Its order code is JUN220099, if they need it. You can pre-order it from any normal chain book seller. Here’s its amazon link, for example, but any shop will do it.

It’ll come out in November. It’s enormous, and Rian’s done an amazing shiny cover treatment for it. I just want to make sure anyone who wants one gets one.

Why no reprints? The reason is basically a cash flow one. They’re expensive books. Print-runs get more expensive the smaller they are, and cheaper the larger. You have to sell a certain number of any book to recoup, and that number is proportionally higher with a small print run. If you do a reprint and print a lot, you likely won’t go into the black for a long period of time – essentially removing any income from the book for a period of years (and possibly ever). If you do a do a reprint and do a little, it doesn’t gain enough money to be worth the investment. As such, orders on a basic HC reprint aren’t necessarily big enough to justify the money it ties up, at least unless it’s been out of print for a very, very long time – or there’s a change of situation, somehow (like a comic becoming a popular TV show, or something).

So that’s why we likely won’t be reprinting, and this is why I felt it worth derailing work on Wednesday to hammer all this out.

Judgment Day is growing ever closer. I’m interviewed over at Entertainment Weekly about it, and what makes an Event work, and the headline writer is gleefully putting a KICK ME sign on my back.

Lots of stuff to read, and new art in there too, but let’s just put one image from Valerio and Marte and go Coo. 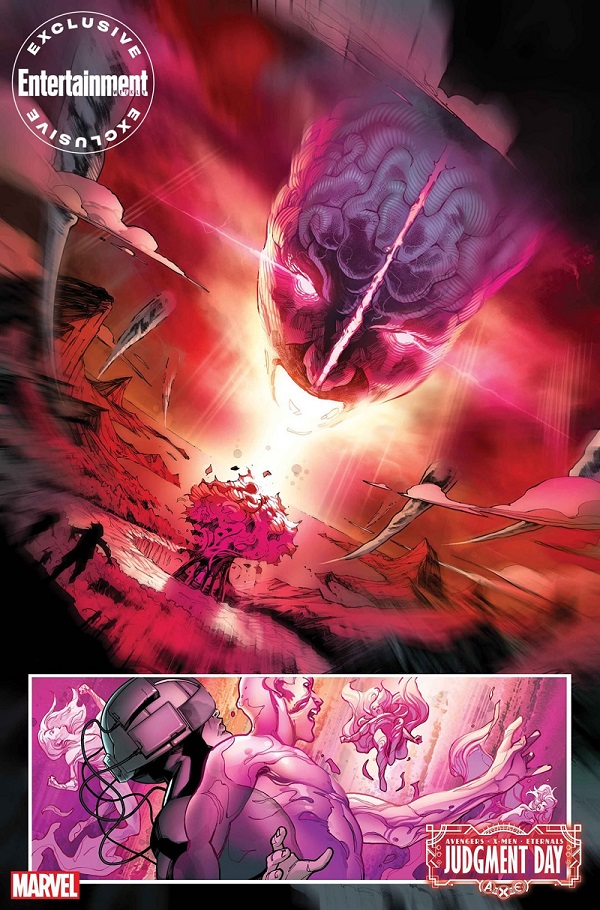 This is a good idea – a blackboard where we write what we need from a shop. It is curtailed by one obvious problem. 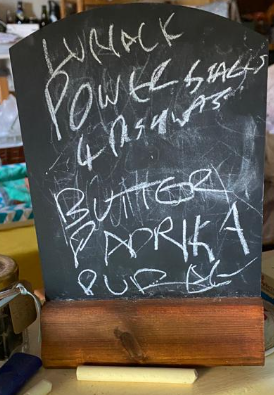 I’m a writer, yet my writing leaves much to be desired.

As this isn’t a planned Newsletter, I’m aware every sentence I write here is a sentence I don’t get to write in one of the other tasks on the to do list. For example, I need to dive into the opening DIE RPG comic, as Stephanie is finishing off her illustrations and wants to start on it. I’m looking forward to doing it – I know the characters, I know the structure and just want to get it on the page and then let Stephanie play. The interesting thing is that I’m writing for an RPG-format page – as in, bigger than the American comic book size, closer to the French BD. That’s going to influence a few choices, I suspect.

Other stuff? I think I’ve finished my real games writing for DIE RPG – the last two social groups and a possible adventure lobbed over. They’ll be a few tweaks, but relatively little compared to what I’ve done. It feels strange, and I’ll try to avoid thinking of expansions for the next few days at least.

(Though the smaller game codenamed HOW DO ALIENS DO “IT”? keeps on popping to mind. I may finish it up and playtest, then work out if it’s worth doing something with.)

I also did a lettering draft for AXE 4 and 5 this morning, and I am actively worried about myself. What is going on in your noggin, Gillen? And Valerio is such a nice man. Why did you make him draw this?

Anyway – back to it. Speak soon.

You just read issue #222 of Kieron Gillen's Wordmail. You can also browse the full archives of this newsletter.